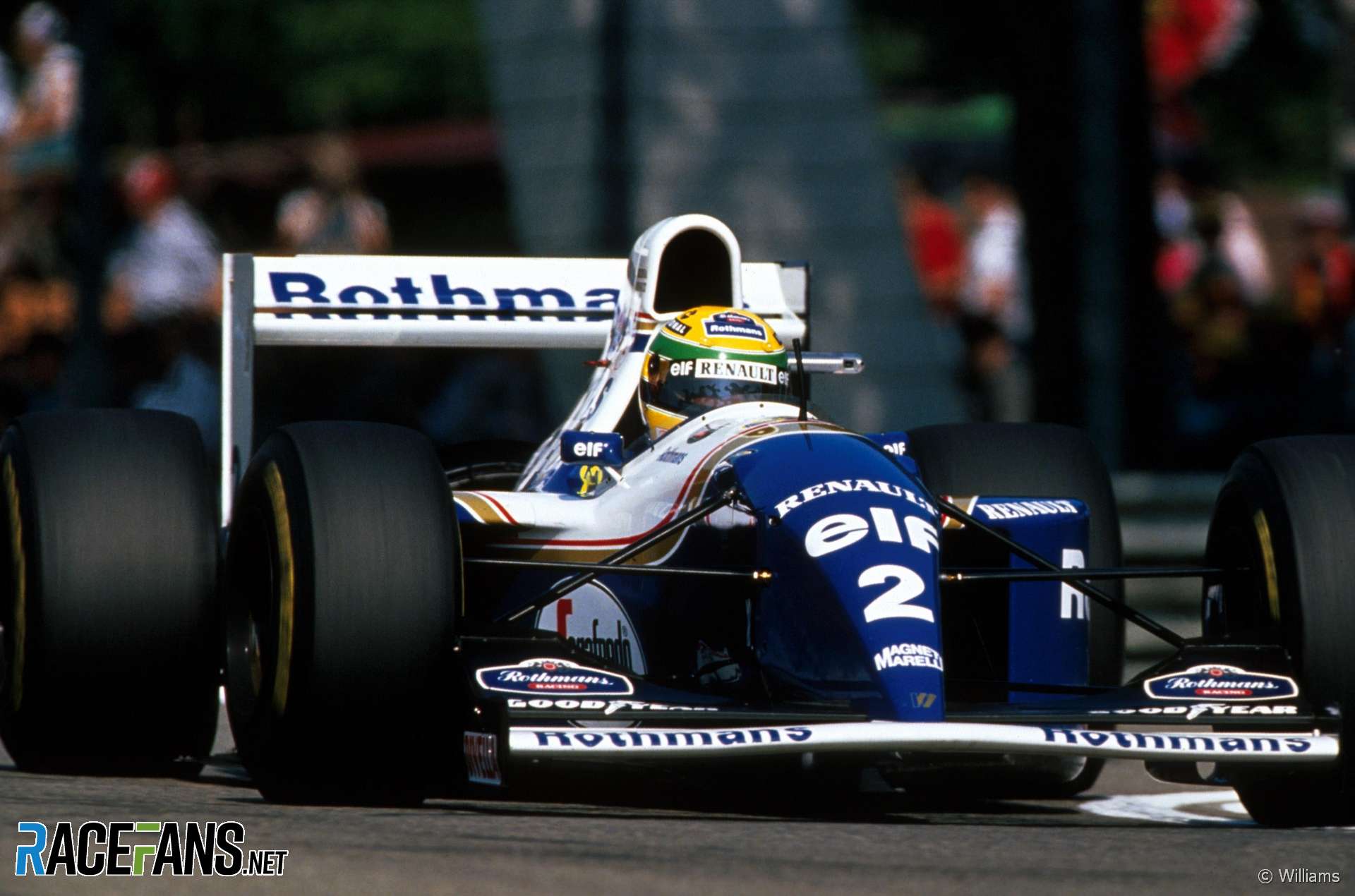 In the round-up: Sebastian Vettel describes his recollection of Ayrton Senna’s death at Imola in 1994.

Vettel was asked about his memories of the 1994 San Marino Grand Prix, when he was six years old:

Well obviously Michael [Schumacher] is my big hero so [it’s] a bit different. And I know that for a lot of people they compared one versus the other some say Michael was better some say Ayrton was better. I don’t think it’s necessary to compare.

I think they were both great. Surely Ayrton had his peak era before Michael. It would have been interesting to see them both go head to head. But for many reasons he’s considered one of the greatest, what he achieved in such a short amount of time, the precision he had behind the wheel, was unique.

I remember watching on TV. I’m not sure I understood back then what it meant because it wasn’t clear straight away that he was dead. But my father was a big Senna fan, he was obviously shocked. I remember when it happened, all the fans around the world just went silent for that time. Certainly a big loss for Formula 1.

He gives a vivid, colourful and in places harrowing an account of how he, much like his Formula 1 counterpart Professor Sid Watkins, pursued improvements to medical and safety standards in a branch of motor racing where the danger is even greater.

The book also provides a first-hand view of how, though a succession of poor decisions, open-wheel racing in America split into two factions. Champ Car, the remnant of CART, was still limping along when the book first came out. Soon after it reunited with what is now called IndyCar, but remains a pale shadow of its former greatness.

Without question the most remarkable part of Olvey’s book is his account of Alessandro Zanardi’s rescue when he crashed during the 2001 Lausitzring CART race. The fact Zanardi’s life was spared despite both his legs being severed in the appalling crash is an incredible testament to the work of Olvey and his colleagues. If you missed this excellent book the first time around, you’ve got a second chance to catch it.

The new tech regs for #F1 2020 are now published, but @racefansdotnet already explained all of the changes at the start of last month. https://t.co/6YWDHtiSap

The McLaren Technology Centre pauses for a minute's silence in honour of our former driver, colleague and friend Ayrton Senna. #SempreSenna 🇧🇷 pic.twitter.com/nNNvifGjiG

Not to my knowledge, but Sr and I chatted about F1 on a couple of occasions. He was a big Mansell fan as well. We nearly got those two together for a “car swap” show, but contracts nixed the project. Racers share a special bond that crosses series. https://t.co/Vcykebi9kd

Good to see these back. Great record here at Spa with wins in 14, 17 and 18. @JeanEricVergne will be rapid in this weapon. Not sure about the ‘snub nose’ look though! 😅 #6HSpa #WEC pic.twitter.com/tfB5Mym9rd

The busiest man in Baku for @AzerbaijanGP? Without doubt Benedict Cumberbatch, who had so many jobs and pseudonyms I’m surprised it wasn’t he who fixed the wayward drain cover… pic.twitter.com/9oxFeHkpHa

People around the world are remembering the great #AyrtonSenna today. I’ve just taken a flower from my garden & laid it here as a mark of respect. This was Ayrton’s home in 1981, a non-descript, small bungalow on the edge of Norwich. He arrived here 28 years ago… The people living here now are oblivious to the significance of this bungalow, sitting among other identical 1960’s houses in this small cul-de-sac. Ayrton would have arrived here likely feeing anxious. It was his first step in single-seater racing, miles from Brazil. He needn’t have worried. He won the RAC & Townsend-Thoreson Formula Ford 1600 Championships that year with the Van Diemen team. He had pressure to return to Brazil & the family business, but, thankfully he carried on racing. Then, 25 years ago today, he lost his life at Imola, and we were denied the talents of one of the greatest, most inspiring #F1 drivers ever seen. However, Rugge Drive, in 1981, will forever be the place his journey in Europe and in single seater-racing first began. ❤️❤️

"I took the decision to stop this program now, in the short-term. I think in the medium-term, long-term, 100 percent I will come back to WEC. It’s a series that I really enjoy."

"I was definitely concerned at the noise because when I had the touch, I could hear the front nose actually touching the ground quite a bit, so I was a bit scared that it went under the car at one point."

"It is not clear whether Mercedes and Ferrari, two of Formula One’s most successful teams, would feature in a new series, after the manufacturers refused to be a part of the original Netflix production, which takes viewers behind the scenes throughout the 2018 Formula One season."

"The three-time Grand Prix winner is to handle the Ensign N180B owned by former Force India deputy team principal and current McLaren Indy president Bob Fernley, and which has not raced since 1984."

I feel very sorry for Esteban Ocon, but very happy for Valtteri Bottas. Most people (including me) had totally written him off at the end of last year and it was incredibly hard to see him reigning in the gap. He’s done a brilliant job so far this season. The fightback against Hamilton in the first corners at Baku is a great indication at how his attitude has changed; I’m sure that a year ago, he would have conceded that to Hamilton.

Are there any non-Mercedes teams who would want him? Verstappen would surely veto him as a potential replacement for Gasly at Red Bull/Toro Rosso. Renault have a great line-up. McLaren seem happy. Maybe Haas?

Frankly, Ocon doesn’t logically fit in anywhere at the moment. He may well regret turning Williams down.
@Ben-n

20 comments on “Vettel shares his recollection of Imola 1994”