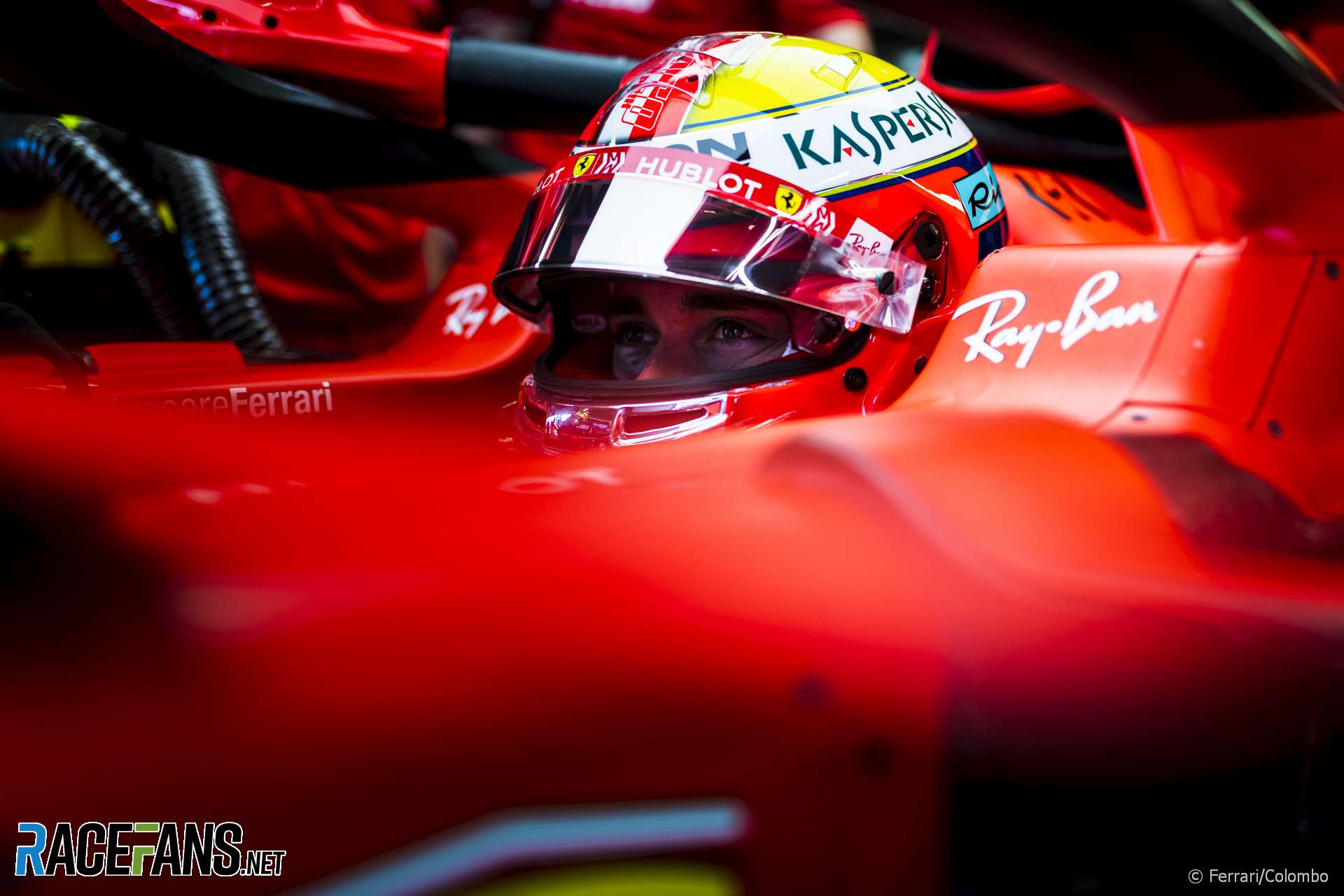 How did Charles Leclerc go from being quickest at the start of Q1 to dropping out in 16th place at the end of the session?

The team radio from his car reveals how Ferrari appeared to be uncertain about whether he needed to improve his lap time.

Having initially set a best time of 1’12.149, Leclerc suffered a lock-up at Rascasse which caused a flat-spot on his tyres. He advised his team, who asked him to attempt to set another lap. He began to, but abandoned the lap as he was unable to improve, and came into the pits.

At that point he was signalled to drive onto the weigh bridge. He didn’t and pulled up at his pit box, but the team noticed the error and pushed him back.

Once that was done Leclerc asked the team whether he should run again. The reply came back that they didn’t think he needed to, despite him not being able to improve with his final run.

However as other drivers improved their times Leclerc continued to fall down the order. When team mate Sebastian Vettel moved up with his last lap, it pushed Leclerc into the drop zone by 0.173 seconds.

28 comments on ““We don’t really have to go”: Team radio from Leclerc’s disastrous Q1 elimination”