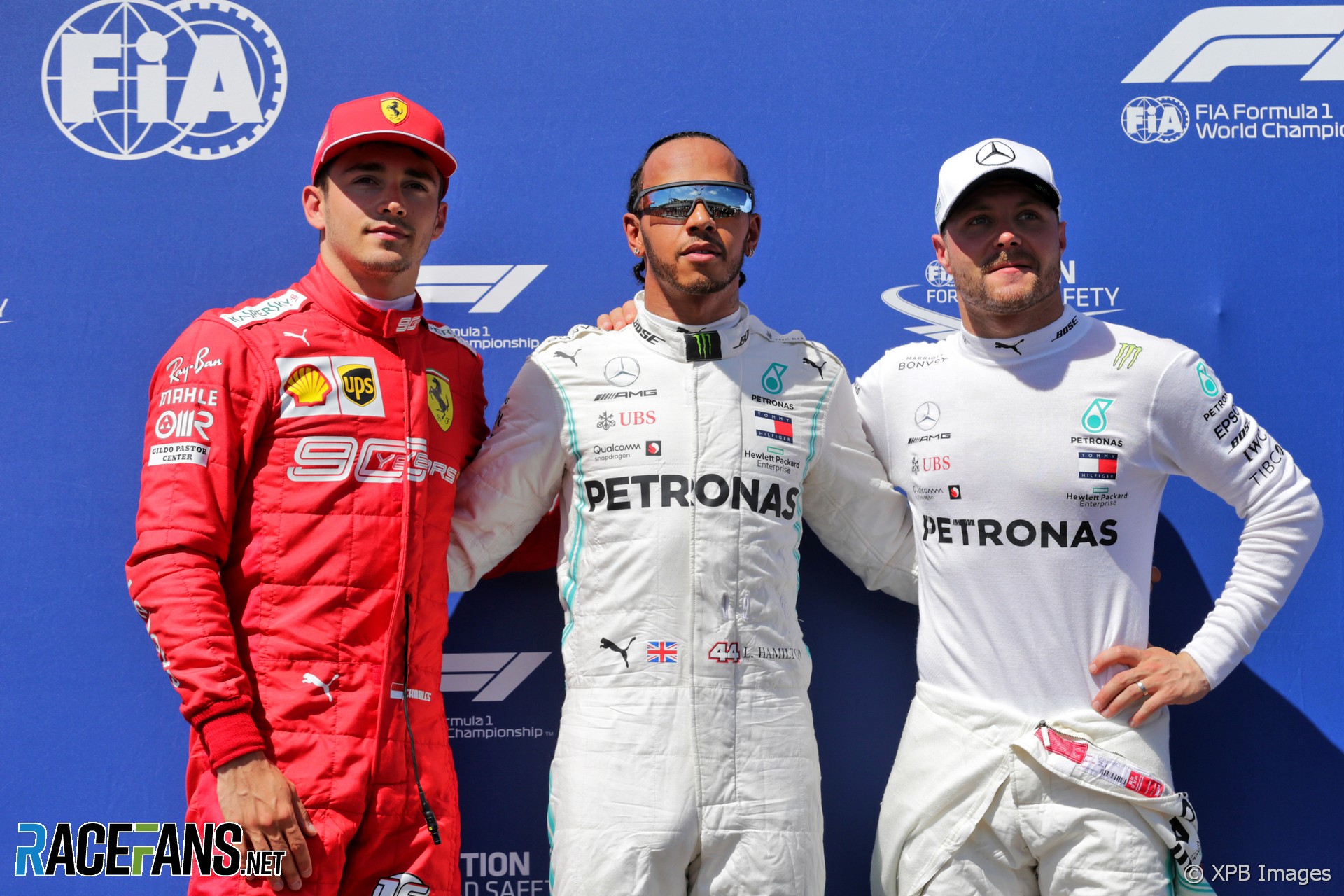 In Canada Charles Leclerc was six-tenths of a second off pole position and very unhappy with his performance. In France he is again six-tenths off pole but is pleased with the step forward he’s made.

That tells you everything you need to know about Ferrari’s expectations heading into the French Grand Prix at a track which was likely to suit Mercedes much better. While Vettel took pole in Canada, Leclerc is their leading driver on the grid this weekend, but the red cars couldn’t tough their silver rivals.

This has set up a similar grid to last year. Hamilton leads another Mercedes one-two followed by a single Ferrari – Leclerc instead of Vettel this time – with the second SF90 pushed off the second row.

Twelve months ago Vettel, from third on the grid, started very well but was effectively pinned in place by the Mercedes pair and bumped into Valtteri Bottas, earning himself a penalty. Leclerc could find himself in the same predicament, particularly as the long run to turn one will give the Ferrari chance to stretch its legs.

However even if he can get ahead of one or – the dream scenario for Ferrari – both of the Mercedes, he will face a challenge to stay there. “Their race pace on Friday was very, very, very strong,” Leclerc pointed out after qualifying. “I think a good start will be very important and then we’ll see what happens. Obviously if we’re in front at the start it will be easier – but it’s not going to be easy.”

Losing pole position to Hamilton in Q3 was a major blow for Bottas, who had looked the quicker of the two until the pole position shoot-out. He badly needs to finish in front of Hamilton to stem the loss of points in the championship chase.

Having qualified only seventh on the grid, Vettel’s chances of finishing higher than fourth seem slim. Ahead of him he has the two McLaren drivers, who will no doubt want to get stuck into Max Verstappen ahead of them but will also be keen to do as Renault did in Canada, and successfully keep the other Red Bull behind them.

Their cause will be aided by the fact Pierre Gasly, following another underwhelming qualifying performance, will be one of two drivers starting the race on the soft compound tyres. The other is his former Prema GP2 team mate Antonio Giovinazzi.

There’s little reason to expect the remaining drivers will deviate from the preferred single-stop medium/hard tyre approach; the soft tyre has been too fragile in the hot conditions seen so far at the track, and Sunday is expected to be hotter still. While the prospects of anyone taking the fight to Mercedes seem remote, Leclerc has a chance and for one should not have to worry about the close proximity to his team mate, whom Ferrari have seldom passed up a chance to favour so far this year.

Share your views on the French Grand Prix in the comments.

13 comments on “Can Leclerc disrupt Mercedes’ bid for another one-two?”