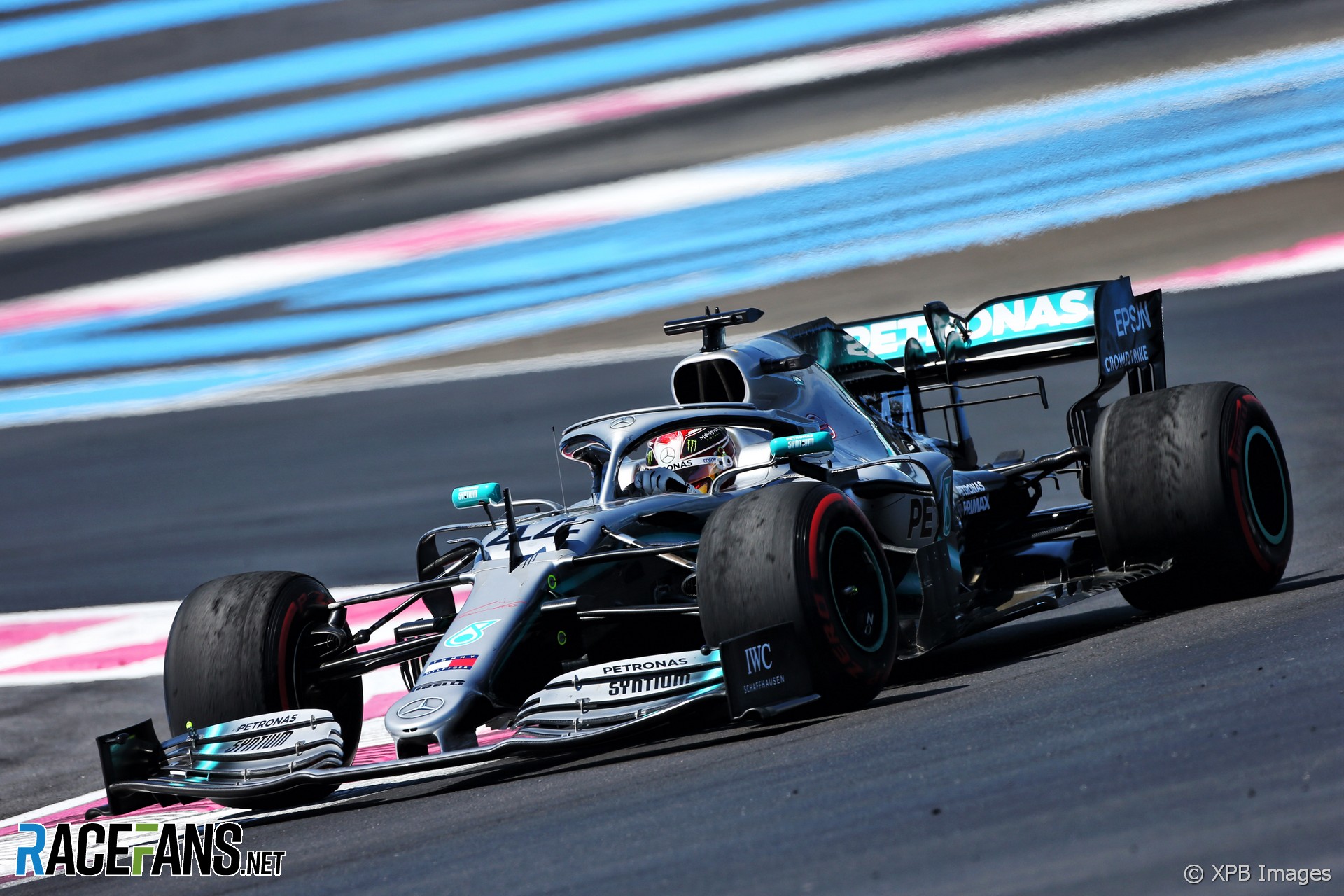 Charles Leclerc put his Ferrari in third place but team mate Sebastian Vettel could only manage seventh, behind both McLarens, after a tricky end to the session.

The recently-repaired Paul Ricard track had been evolving quickly all weekend long and the rapid improvements in lap times nearly caught out some of the front-runners in qualifying. Chief among them was Max Verstappen, who only did a single run but slipped to 14th as the others improved.

Verstappen, who was eliminated in Q2 in Canada due to a red flag, avoided going one worse when Romain Grosjean aborted his last run after making a mistake at turn nine and Lance Stroll failed to get anywhere near his team mate’s lap time. While Sergio Perez sailed through to Q2 in sixth place Stroll continued his run of Q1 eliminations having lapped seven-tenths of a second slower than his rival.

They were joined by Daniil Kvyat, who will start last anyway due to his power unit, also failed to make the cut. He joined the Williams pair, George Russell ahead of Robert Kubica as usual, though he will start behind his team mate as he also has a power unit penalty.

Having narrowly led Hamilton in Q1, Bottas was on top again in the second part of qualifying, but this time he had a Ferrari within range. Vettel get within a tenth of a second of him, as did Hamilton.

Eager not to lose any potential advantage, Ferrari were organising their drivers to give each other slipstreams. “I’m not trying to kill him so don’t worry,” Vettel reassured his team after being asked to keep a suitable distance ahead of Leclerc.

All four went through to Q3 on the medium compound tyres, the preferred rubber to start the race on. Verstappen did the same but team mate Pierre Gasly stuck with the soft rubber and only managed to scrape his way into Q3 with a last-gasp effort.

Nico Hulkenberg and Carlos Sainz Jnr began the session on medium tyres and after noting their progress their team mates joined them. Both McLaren drivers duly claimed places in Q3, but Hulkenberg slipped out as Daniel Ricciardo claimed his place in the final 10.

Along with Gasly, Antonio Giovinazzi was the only other driver to reach Q3 on soft tyres, leaving team mate Kimi Raikkonen behind.

Bottas’s Mercedes appeared to emit a whiff of smoke as he headed out to begin his first run in Q3. It didn’t stop him completing his run, but he was pegged back by Hamilton, who set a 1’28.448 to lead the initial lap times.

Leclerc went third-quickest behind them, mystified as to why he lost so much time on the straight before being told the wind direction had changed. Vettel aborted his lap after reporting a missed up-shift.

The aborted lap came back to haunt Vettel. He only managed the seventh-fastest time with his final run, complaining that he couldn’t find as much grip from his tyres as he had before. He ended up the best part of eighth-tenths of a second slower than Leclerc.

The other Ferrari driver, who ran at the back of the queue on his final run, wasn’t able to get within range of the Mercedes. The silver cars headed the queue at the end of Q3, led by Bottas, meaning he had no slipstream. Behind him Hamilton put in a superb lap until the final two corners, where he lost some time, but still managed to knock another tenth of a second off his time.

Verstappen took fourth place ahead of two very quick McLarens – Norris was a mere nine-thousandths of a second slower than him. He and team mate Sainz pushed Vettel down to seventh, followed by Ricciardo, Gasly and Giovinazzi.