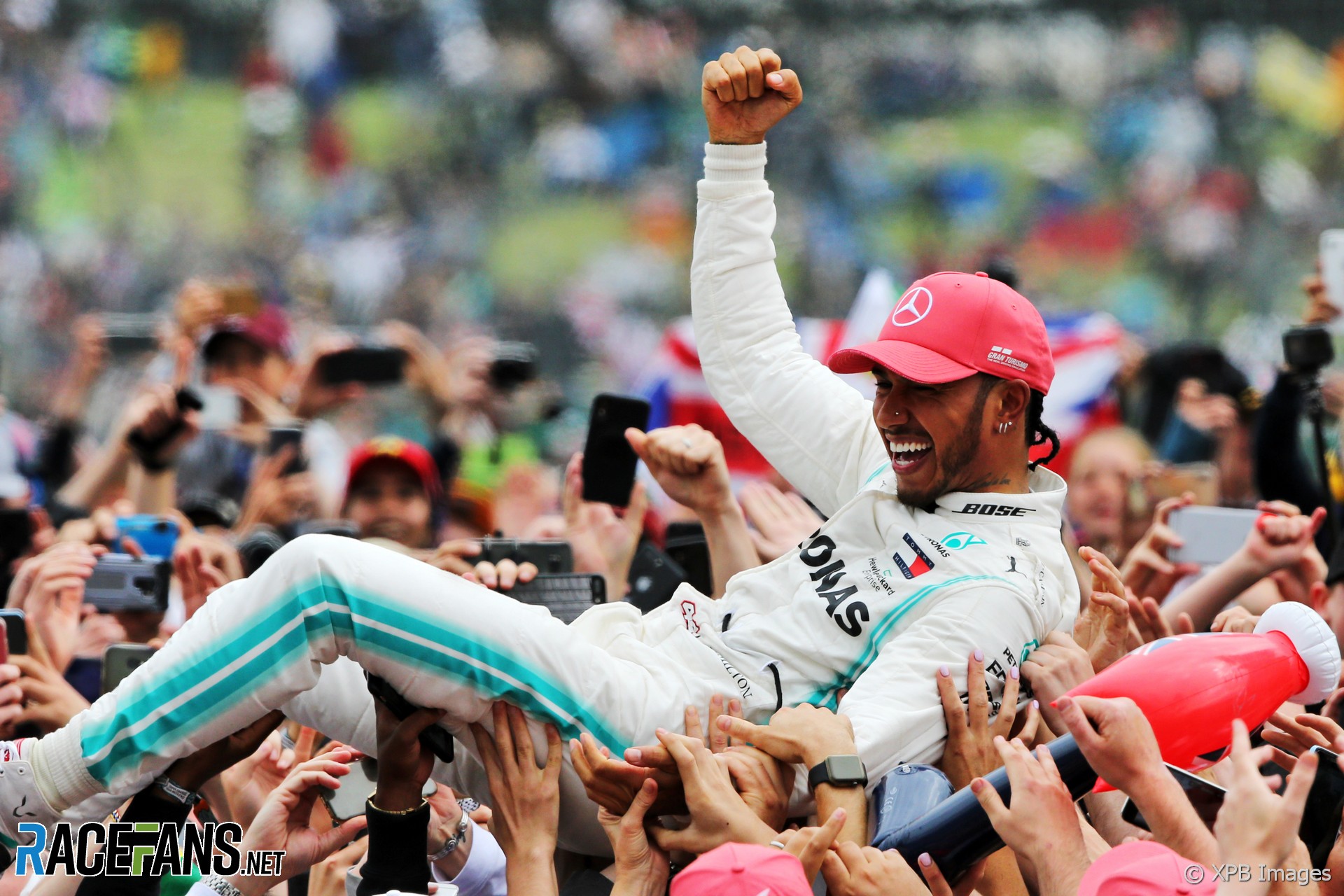 Lewis Hamilton’s sixth victory at Silverstone means he has now scored more wins at home than any other British driver.

Hamilton now has as many home wins as Alain Prost but one driver scored more wins in his own backyard. Michael Schumacher triumphed in front of his home crowd nine times, taking five wins at Nurburgring and four at the Hockenheimring. His cause was aided by the fact both circuits appeared on the calendar every year between 1995 and 2006, whereas Hamilton has only raced at home once per year.

Howevet it was a point-less race for the other home drivers. Lando Norris was 11th, Alexander Albon (who races under a Thai licence but was born in London) was 12th and George Russell was 14th; though for the latter this marked his best result of the season so far.

This was Hamilton’s 80th win of his career and seventh from the 10 races so far this year. With 11 races to go, he could still equal Schumacher’s record of 91 wins this year if he sweeps the remaining races. He could also break the record for most wins in a season, which is 13, set by Schumacher in 2004 (in an 18-race season) and matched by Sebastian Vettel in 2013 (when there were 19 rounds).

Having taken pole position by the numerically satisfying gap of 0.044 seconds last year, Hamilton missed out on it by the tiny margin of 0.006s last weekend. This was the closest margin pole position has been taken by since Vettel pipped Fernando Alonso in Hockenheim by 0.002s in 2010.

Hamilton has now led more than half of the laps races this year – 310 out of 612. The next most frequent lap leader is Charles Leclerc, who’s led over a fifth of the season, but remains yet to win a race.

However Leclerc did score his fourth consecutive podium finish last weekend and out-qualified Vettel for the third race in a row. Ferrari’s new driver is showing clear progress.

Vettel’s collision with Verstappen meant he failed to score for the first time in almost 12 months. His last no-score came at Hockeneheim last year, the venue of the next race.