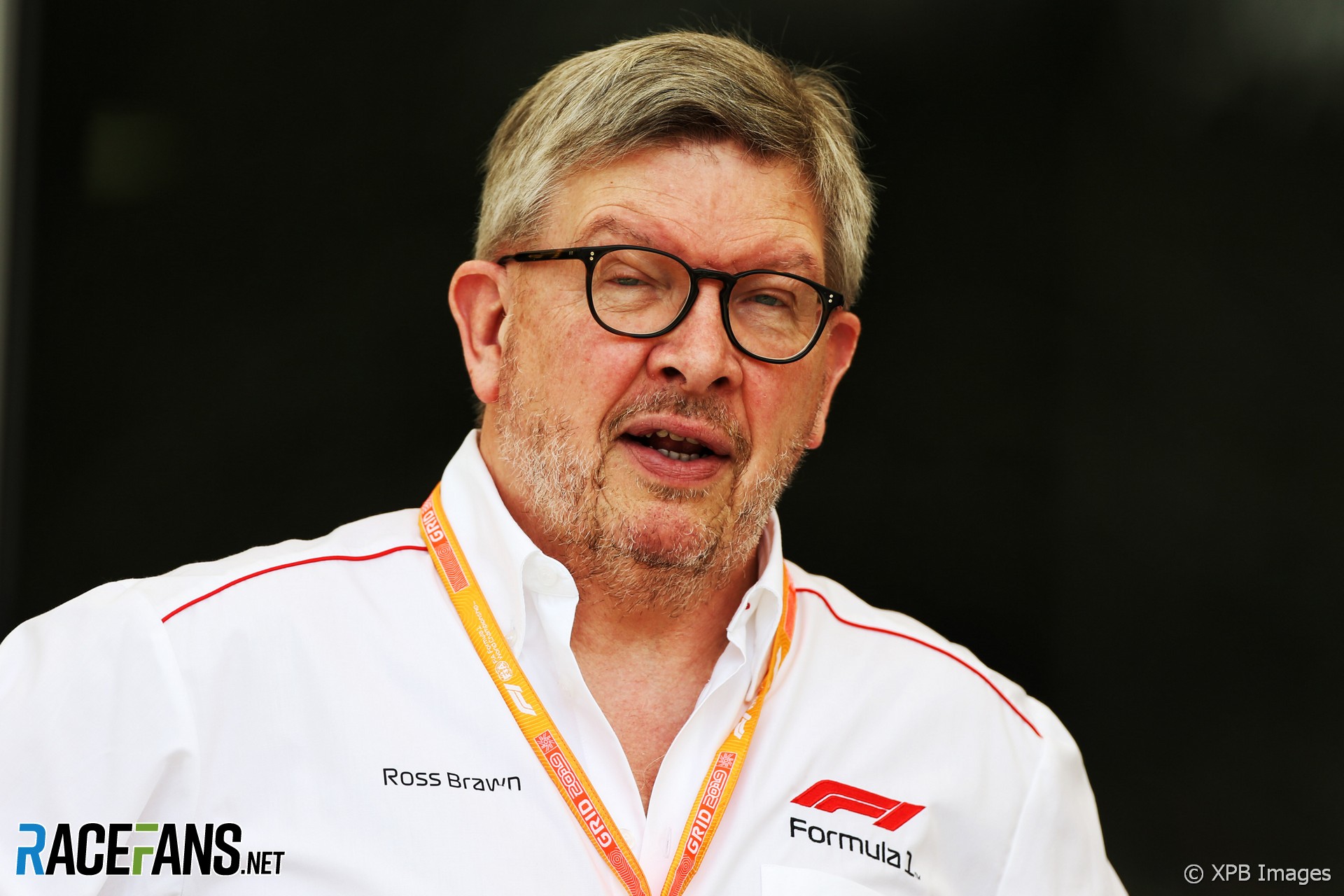 Formula 1 Management has revealed new details of its far-reaching plans to limit car development in 2021.

Its goals are to reduce costs and improve the quality of racing by bringing the teams closer together. But F1’s managing director of motorsport Ross Brawn admits the plans are “very prescriptive” and expects “push back” from the teams over the wide-ranging new limits on development.

The new technical regulations for 2021 are still being finalised, but will involve radically restyling the cars’ exterior aerodynamic surfaces to help them run together more closely. But this is only the beginning of the new restrictions teams will face, as the FIA’s head of single-seater matters Nikolas Tombazis explained at Silverstone.

“We have a simplified fuel system with certain internal components which have to be a lot simpler than what current cars have,” Tombazis explained.

“We have by regulation simplified the radiators. This is an area of huge expenditure by some teams because (a) they are very flimsy and they have to be changed very frequently and (b) they’re extremely complicated when they’re changed. These are being simplified.”

The FIA initially issued a tender for a single supplier of gearboxes. This plan was shelved in favour of “a much more frozen specification of a gearbox” which will limit “almost any performance differentiation between gearboxes between different teams.”

“By keeping certain parameters of the gearbox frozen and to a certain specification so no team has a particular advantage, therefore a lot of R&D costs get reduced annually.”

Teams will also be forced to simplify their suspension systems. “We are banning the hydraulic suspensions that some teams have and we are limiting the components of the suspension to certain, simpler mechanical components,” said Tombazis.

“For example things like inerters which don’t have anything to do with the show and are just adding complication and have no road relevance whatsoever, we don’t think such should stay in future Formula 1.”

More standard parts will be used at the four corners of the 2021 car. “We are going for standard wheel rims,” said Tombazis. “This is an area of quite a lot of expenditure as you see the complicated shapes people have in order to maximise the heat transfer between the air and wheel rims on current cars. Therefore we’re simplifying them and making them standard.

“We’re going to have prescribed wheel hubs, nuts and pit stop equipment to stop an escalation of a war that has been happening.

“We are going for a standard-supply brake system. That’s going to reduce the annual expenditure of teams in brakes for medium teams, not top-of-the-grid teams, to about 25 percent of the current expenditure.”

Teams will also be prevented from using expensive, unusual materials to save weight. “We’ve got a rewrite of the materials regulations in order to stop some of the exotic materials while allowing innovation in some areas.

“We want to continue the trend of modern industry towards additive manufacturing but we need to regulate that, that was missing from the current regulations.”

While this will leave the teams with less development to do, the opportunity for them to do it will also be curbed further. “We are taking actions such as reducing the aerodynamic test restrictions even more and having less time in the wind tunnel and controlling the CFD resources better.”

Taken together, Tombazis believes the rules will bring “significant” cost reductions for the teams on top of the new ‘cost cap’ financial regulations.

Further restrictions could be added to these and will be discussed before the 2021 rules are signed off in October. These include some more controversial changes, such as the restrictions on ‘driver aids’ FIA president Jean Todt proposed last weekend.

“We’re looking to reduce certain electronics on the car and certain driver aids,” said Tombazis. “That is quite a sensitive subject of course and we are working on it to make sure we avoid any unwanted consequences.

“We want to [and] are discussing to reduce car-to-pit telemetry. We would like to ideally leave the drivers alone during a race to handle all the technical aspects of the car.

“There’ll still be, of course, radio communication with any strategy or any safety information or whatever. But it wouldn’t be the ‘your temperatures are too high’ and ‘do that’ or ‘do this’, that would be something that we would prefer the onboard system of the car and the driver to have full responsibility of and not have that continuous assistance by the engineer and pit wall.” A reduction in the number of staff teams may bring to race weekends is on the agenda too.

The race weekend format is also being debated. “That’s a discussion that is heating up and getting quite interesting,” Tombazis admitted. Todt last week suggested reintroducing refuelling as a means of fulfilling the drivers’ call for a reduction in car weight.

Still further limitations on the design of the cars are under consideration. “We are looking at some further standard components and whether there’s going to be cost benefits for certain such components,” said Tombazis.

“We are simplifying the lower part of the chassis and we want to make sure we have structures under the chassis that protect the chassis from kerbs and damage. It’s also an area which is quite difficult to regulate for the permitted deflection, so we are working on that area.”

No area of car development will be left untouched by the new rules package. Brawn admits that while the goals of the changes are backed by the teams, the means of achieving them is likely to prove divisive. “We’re being very prescriptive to begin with because if we’re not we won’t achieve the objectives,” he said.

However he described claims the rules will make all the cars look the same as “nonsense”. Brawn cited the example of a recent exercise performed by F1 chief technical officer Pat Symonds, who created images of the current cars with their liveries removed and challenged people to identify them.

“You can’t tell the difference between the cars we have now once the colours are taken off them,” said Brawn. “You need to be an extreme geek to pick them out.”

He believes teams will be able to produce distinctive designs in 2021 to the same extent they can today, but the scale of performance difference between the teams will be reduced.

“We know that even with these very prescriptive regulations the fertile minds of Formula 1 will come up with different solutions. They will be very prescriptive because we have to make sure we achieve these objectives. But there is enough latitude there.

“Undoubtedly from the relative freedom teams have had so far it’s going to be frustrating. But if they can take the approach that these regulations are the same for everyone and ‘we’re going to do a better job than anyone else, we just won’t be two second faster, we’ll be two tenths faster’, that’s what we want in Formula 1.”