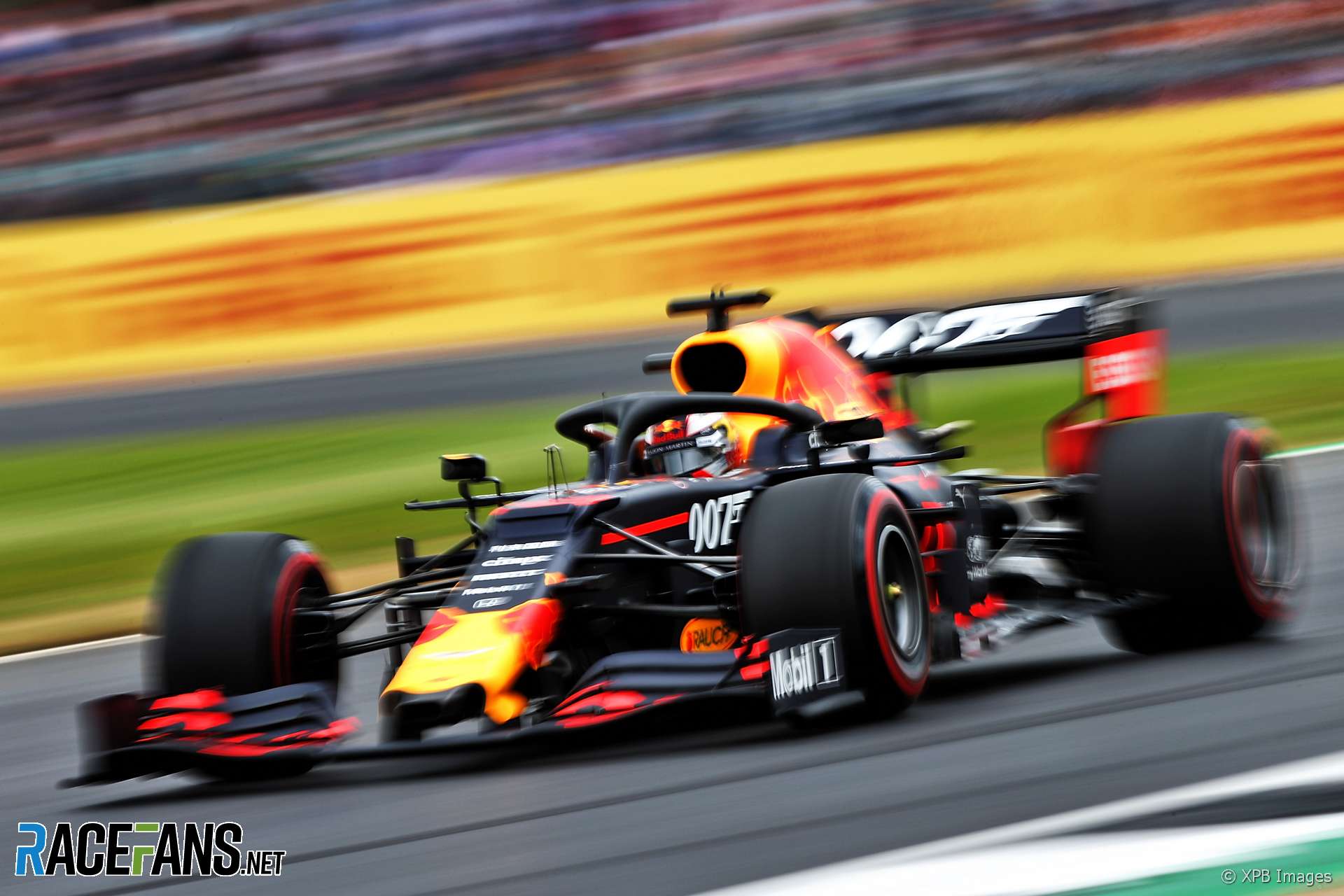 While Lewis Hamilton was denied a fifth consecutive pole position in front of his home crowd by a mere six-thousandths of a second, it was easy to overlook a potentially very significant lap time by Red Bull in Q3 at the British grand Prix.

Max Verstappen came within two tenths of a second of putting his RB15 on pole position. That was Red Bull’s best qualifying performance at Silverstone since their championship-winning days.

It came at a track which has exposed the team’s lack of outright power during much of the V6 hybrid turbo era so far. Coming two weeks after their victory at the Red Bull Ring, team principal Christian Horner considered this performance at the team’s ‘other’ home track another sign their collaboration with Honda is bearing fruit.

“It’s really encouraging to be this close to Mercedes around this type of track that we know is power-sensitive,” said Horner. “And to be able to follow the Ferraris as close as we’re able to through Maggotts, Becketts and Copse. Max was able to take some serious momentum behind the Ferraris there. That’s usually the sign of a pretty decent car.”

Red Bull’s season so far has had hallmarks of their 2017 campaign. In both cases their form initially appeared to suffer as a result of an off-season change in the aerodynamic regulations, but their subsequent development rate has impressed.

“I think the last couple of the last few races we’ve started to get some performance on the car,” Horner conceded, cagily.

“We’ve definitely unlocked some potential. The car has behaved very well at this circuit and high-speed, low-speed as well we’ve been competitive.”

The circumstances of the British Grand Prix weekend also masked some of the team’s performance, said Horner, referring to a minor power unit problem Verstappen experienced in qualifying.

“For Max to be as close to the pole time as he was, without the [engine] hesitations maybe he would have got even closer. And then in the race we didn’t see his true pace because he spend it stuck behind a Ferrari for 99 percent of it.”

The reference to “hesitations” brings to mind Verstappen’s frustrations with the Renault engine last year. He suffered more from power delivery problems from the French V6 hybrid turbo than his team mate, which Horner put down to differences between his driving style and that of Daniel Ricciardo.

Now it seems improvements in the balance and grip of the car have allowed Verstappen to push harder, and in doing so has discovered new shortcomings in the Honda power unit. But Horner is confident they can be quickly resolved.

“I think it was just the speed at which Max is applying the throttle is something that hasn’t been seen before,” he said. “It’s the type of thing that I can think can be tidied up on a dyno.”

For Red Bull to be as strong as they were at Silverstone, a track which hasn’t flattered them in recent seasons, suggests they will be even stronger at upcoming tracks where outright engine performance is less vital.

“We’ve got confidence going to Hockenheim, following the performance here [at Silverstone],” said Horner. “This, after Monza, is one of the most power-sensitive circuits on the calendar. You’re flat-out on the lap here for pretty much the entirety of the Barcelona lap, or lap equivalent.

“So that’s encouraging for us, certainly for a circuit like Hockenheim which is less sensitive.”

15 comments on “How Silverstone signalled a breakthrough at Red Bull”