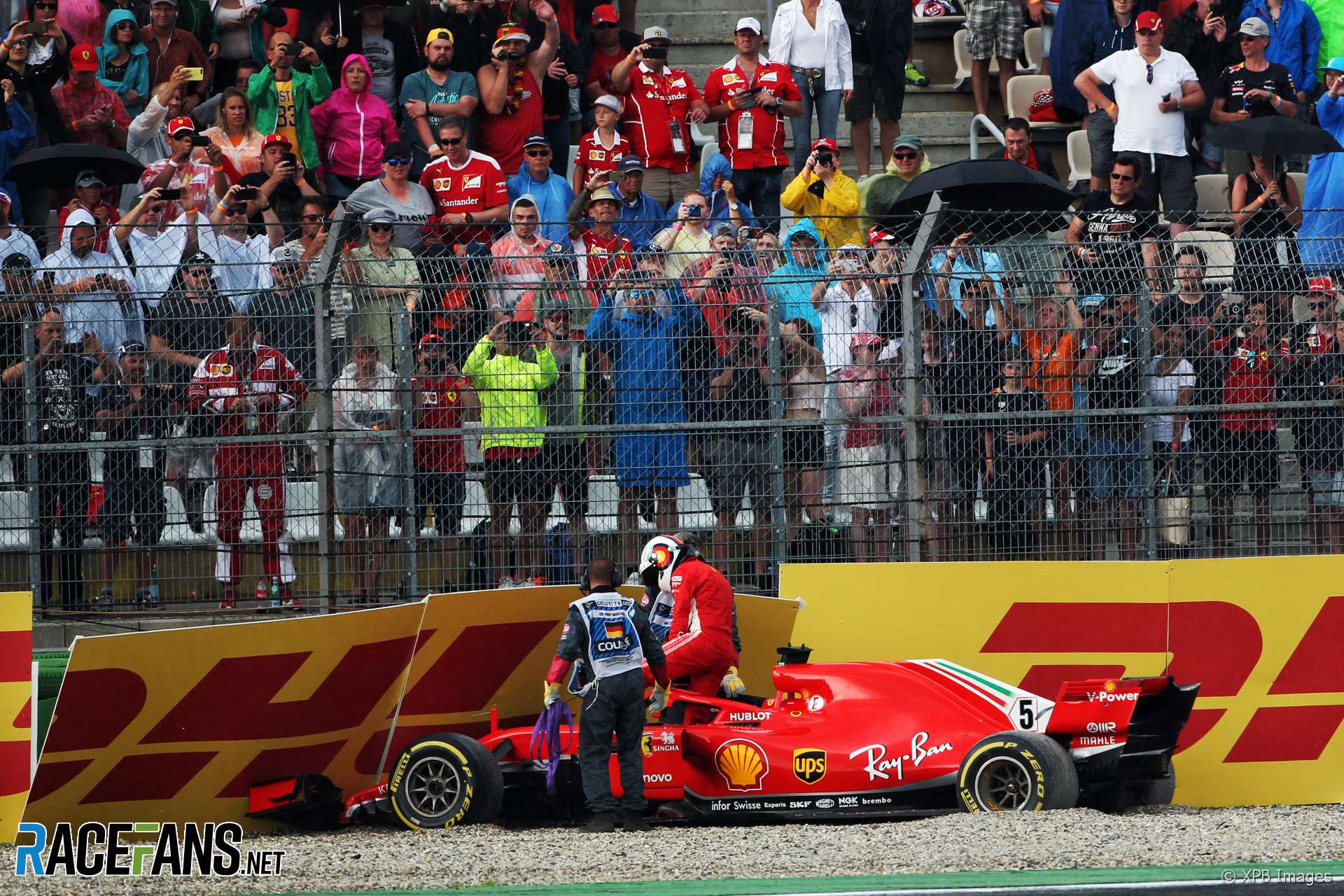 Will Sebastian Vettel put the memories of his disastrous 2018 home race behind him? And could this be his last chance to drive in front of his home crowd?

Here are the talking points for this weekend’s race at the Hockenheimring.

Can Vettel redeem himself?

Ferrari’s team leader has been through some tough times in the last 12 months, but crashing out in front of Hockenheim’s vast Motodrom stand has to have been one of the most painful. His championship bid never recovered after Lewis Hamilton stormed through to win a race which Vettel seemed to have under control.

This year the championship is already no longer a realistic consideration, though he is putting a brave face on it. Ferrari believes it is making progress with its SF90, but they now have a resurgent Red Bull to contend with too.

Vettel’s expectations for his home race therefore need to be realistic. A podium may be the best he can expect. Out-qualifying his increasingly impressive team mate Charles Leclerc for the first time in four races would be a good start.

Does Hockenheim have an F1 future?

It’s no secret that the Hockenheimring does not yet have a place on the 2020 F1 calendar. However that was true of Silverstone before the last race weekend began, and everything turned out well.

The future of Germany’s world championship round hinges on whether a title sponsor can be found for next year. Liberty Media holds an option to keep the race for another year, but either this year’s backer Mercedes needs to commit for another season or a replacement must be found.

Too hot for Mercedes?

Mercedes wilted in the heat – and altitude – at the Austrian Grand Prix. This weekend’s forecast indicates more hot weather is on its way, though the silver team can draw some relief from the fact Hockenheim is much closer to sea level.

Will this be enough to spare them from the kind of performance-sapping lift-and-coasting which hampered Hamilton and Valtteri Bottas in Austria? The team has had four weeks to work on the problem, but the opposition will be scenting the opportunity for a rare win.

While Mercedes have been almost unbeaten this year, their customer teams are having a much tougher time of it. Racing Point are lumbered with a conservative chassis which was penned back when the team was in administration and didn’t know whether they’d ever have the money to build it. And Williams are slowly rebuilding after a disastrous start to the season.

Both have struggled to make it beyond Q1 this season. Williams hasn’t managed it once, and it is probably expecting too much of their anticipated upgrade to think they might this weekend. Still, the modest signs of progress are there, and if any team is going to find substantial chunks of performance with one upgrade it must be the one lagging over a second behind the rest of the field.

Racing Point’s situation is more complex. An update introduced in Spain hasn’t delivered the expected gains, and there hope is the new aerodynamic parts they will bring this weekend will help correct that mis-step.

Has Gasly finally cracked it?

Pierre Gasly went from being lapped by his team mate in Austria to finishing one place off the podium in Britain. Yes, he had a little luck on the way, but it was a thoroughly deserved result after what was undoubtedly his most convincing weekend of the season so far.

If he can repeat that performance in the back-to-back races before the summer break, Gasly’s chances of holding onto his place at Red Bull will look a lot better than they did two weeks ago.

Any relief at last for Haas?

The British Grand Prix couldn’t have gone much worse for Haas. As if the Rich Energy situation wasn’t humiliating enough, their drivers went and took each other off on the first lap of the race.

Romain Grosjean and Kevin Magnussen had stern words from Guenther Steiner after running into each other at Silverstone. Woe betide them if they happen across each other again in Germany.

The only upside to Silverstone was that running the old-spec VF-19 did seem to give them some insight into what had gone wrong. Grosjean will continue with the experiment this weekend.

If you’re heading to Germany for this weekend’s race, we want to hear from you: