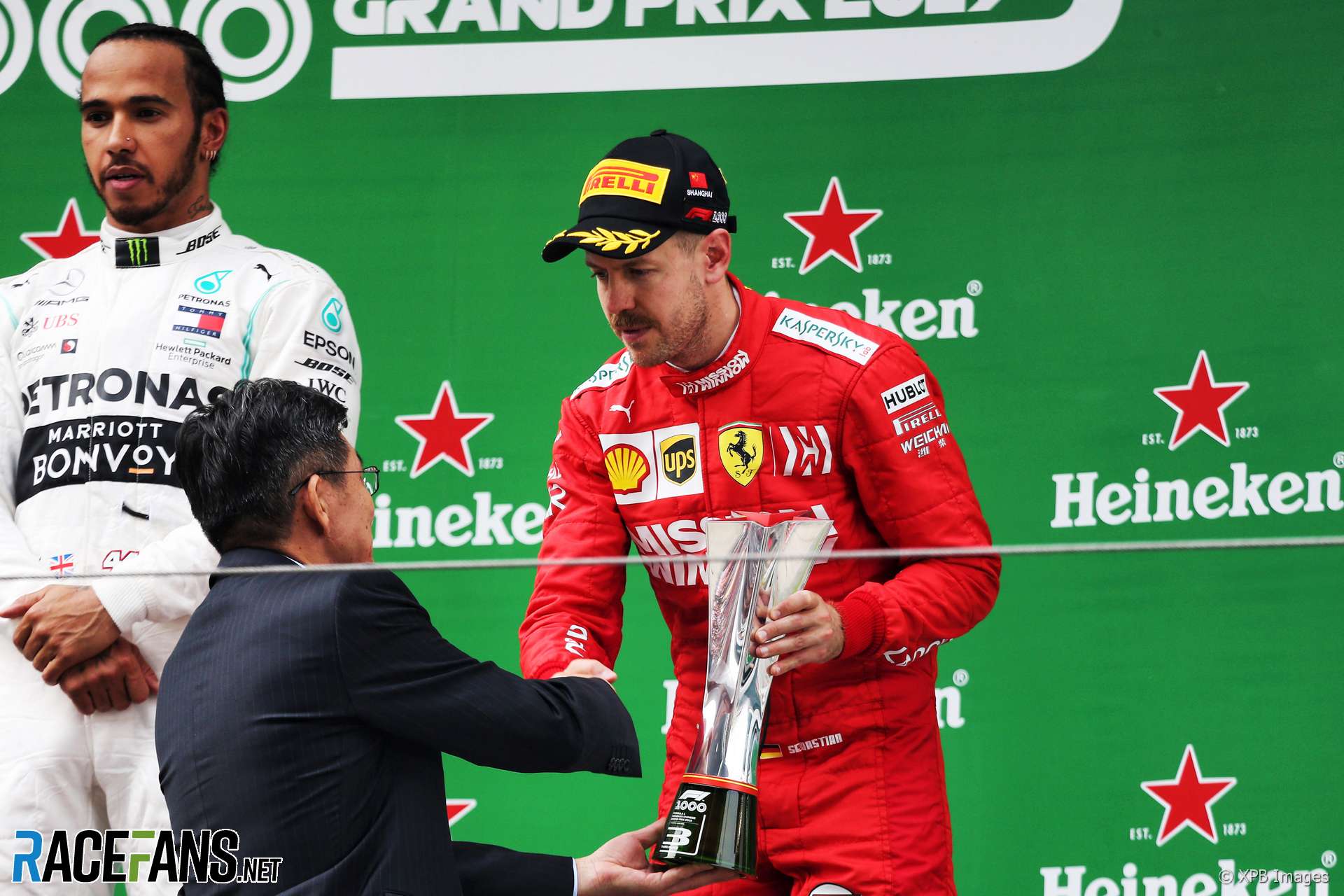 Sebastian Vettel wants Formula 1 races to have their own distinctive trophies instead of ones designed to look like sponsors’ logos.

The Ferrari driver said circuit’s trophies are part of the sport’s heritage. “When I started watching Formula 1 on TV some races had very iconic trophies in terms of design or material that they use.

“I’m not chasing glory as in people knowing my name or knowing my name – I think I picked the right sport anyway because I’m wearing a helmet most of the time – but these small things, they make a difference to me. I care, I think for me they are part of traditions and when I look back at old pictures I see the old guys lifting the trophies in the different countries.

“So I think there should be a certain stability there. Or at least then improve it.

“But the most boring thing is – if we have the title sponsor trophies on Sunday then that looks super-boring. I don’t get the point either because you have the billboards everywhere, why do you need the trophies saying the same thing again?”

Vettel criticised the trophy he was given after he won the Hungarian Grand Prix in 2015. “I remember I was happy that we won and then I was disappointed that it was, let’s say, a standard trophy,” he said.

Rolex is the title sponsor for this weekend’s race. It previously sponsored the rounds in Australia and Britain.