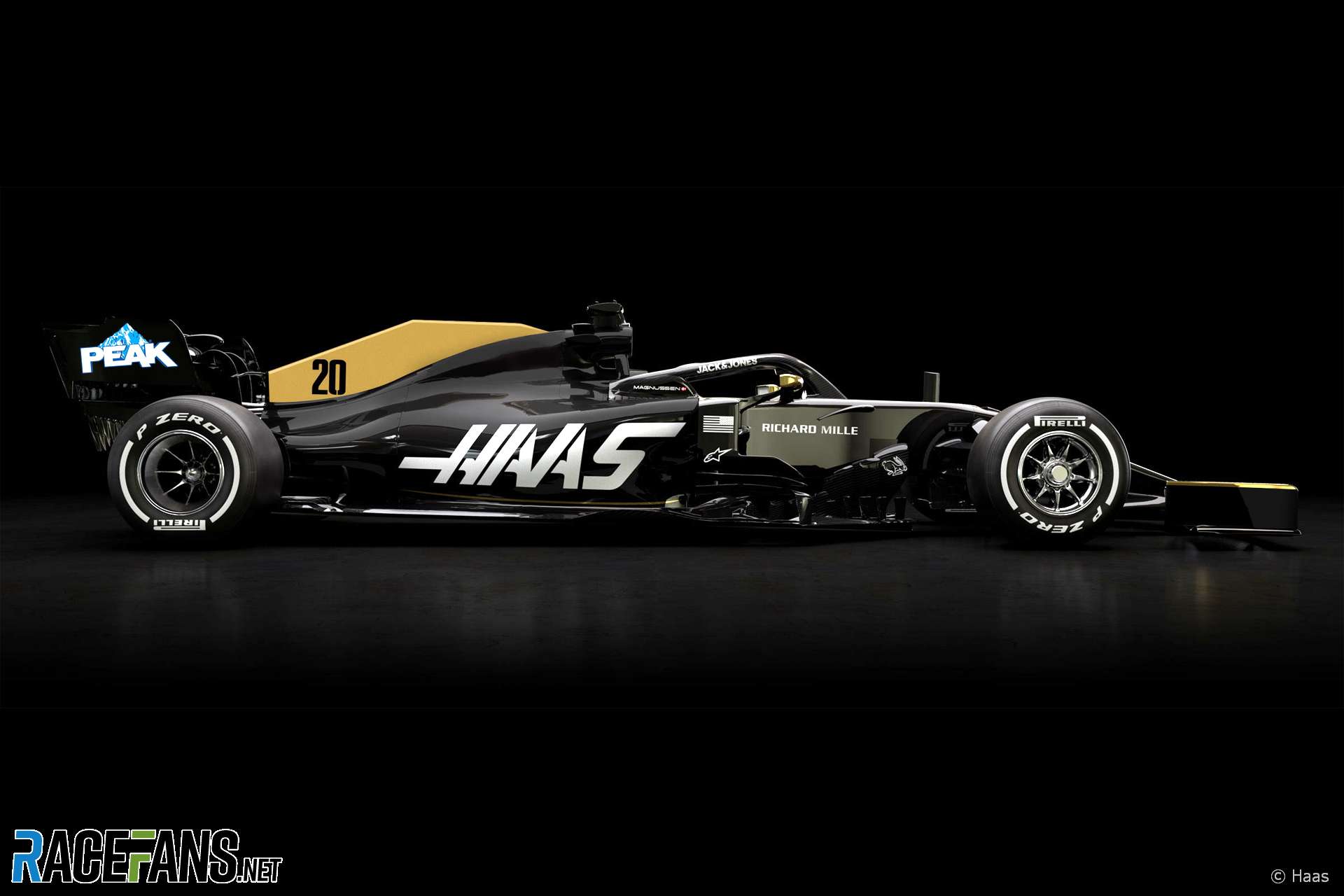 Haas has revealed the first image of one of its cars following the removal of former title sponsor Rich Energy.

The split between the pair was announced following the Italian Grand Prix at Monza. Rich Energy was the team’s first title sponsor, and the VF-19s raced in the company’s black and gold colour scheme.

Haas’s cars originally featured Rich Energy’s stag logo as well, but this was removed at the Canadian Grand Prix after the energy drink brand lost a case alleging the logo infringed the copyright of cycle manufacturer Whyte Bikes.

While the Rich Energy name has now also disappeared, some of the cars’ gold colouring remains in an image published by Haas on their website.

Prior to signing Rich Energy, Haas ran in the grey and red colours of machine tool building company Haas Automation, which team owner Gene Haas promotes through his F1 presence.

Haas has also removed Rich Energy from its official team name ahead of this weekend’s Singapore Grand Prix.

the split between the pair began after a social media post from Rich Energy in July claimed it had ceased its sponsorship of the team due to “poor performance”. Although it later retracted the statement, Haas announced last week the pair had “amicably agreed to end their partnership together in the FIA Formula One World Championship with immediate effect”.