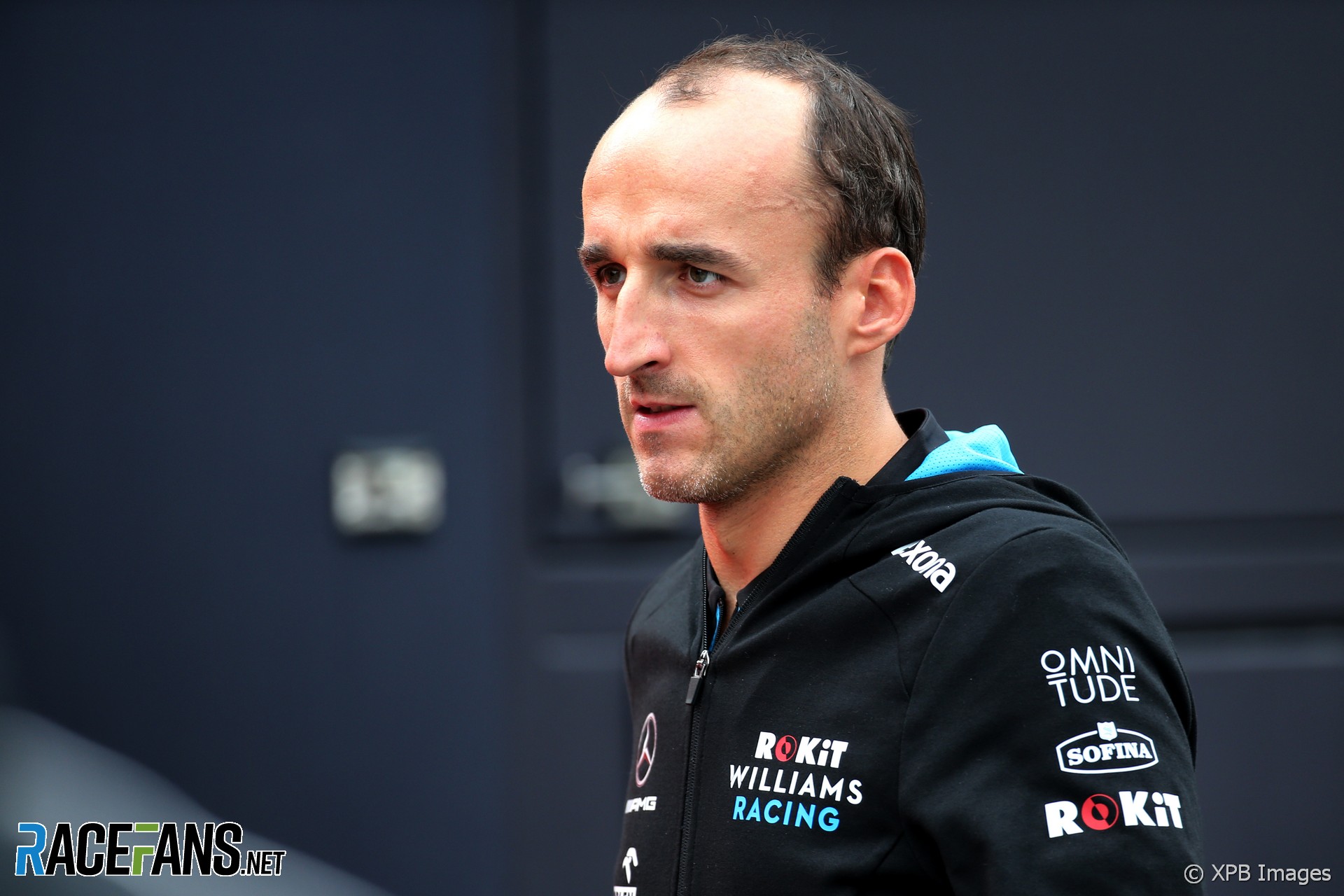 Robert Kubica has confirmed he will not continue to drive for Williams in the 2020 F1 season.

He made the announcement during today’s press conference ahead of the Singapore Grand Prix.

“First of all we are looking forward to the next year, I am looking for different opportunities,” said Kubica. “In order to evaluate other opportunities I have taken the decision I will not continue more with Williams after this year, so I will stop at the end of the year with the team.”

Williams team principal Claire Williams thanked Kubica for “his hard work” and said she “respects his decision to leave the team at the end of the 2019 season.

“Robert has been an important member of the team in both his role as reserve and development driver, and subsequently as one of our race drivers in 2019. We thank him for his continued efforts throughout what has been a challenging couple of seasons and wish him well in his future endeavours.”

Kubica’s announcement leaves a vacancy at Williams alongside George Russell for next year.

The team’s reserve driver Nicholas Latifi, who is currently second in the Formula 2 championship, is considered a leading candidate for the drive. However Nico Hulkenberg, who made his F1 debut with Williams 10 years ago, is also on the market having been forced out of Renault and passed over for Romain Grosjean by Haas.