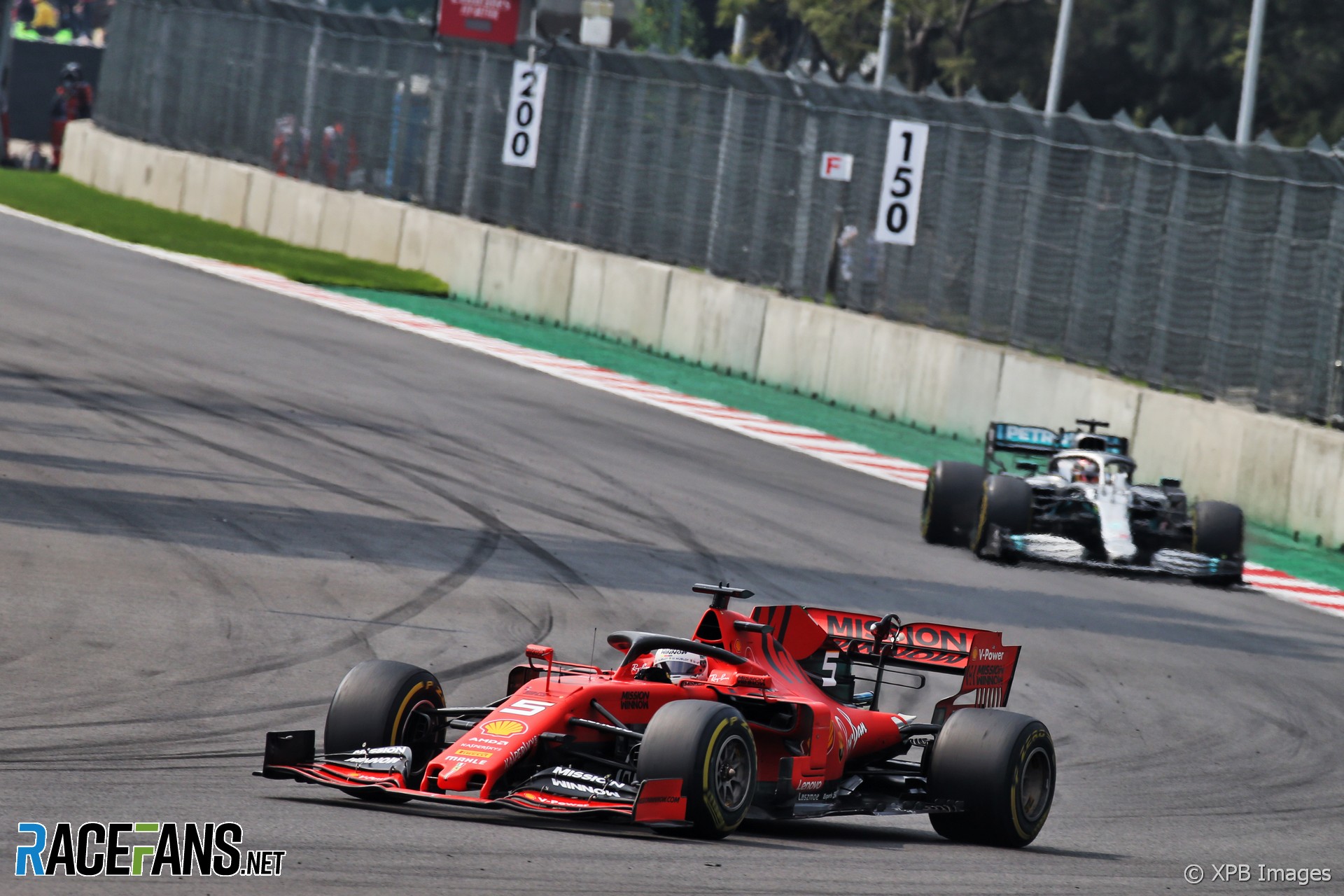 Ferrari agreed with Sebastian Vettel’s call to “let him go” when the team saw how early Mercedes were prepared to bring Lewis Hamilton in for his only pit stop of the race.

It proved to be the call which cost Ferrari its last chance to win yesterday’s race.

Asked whether Vettel or the team instigated the decision, Binotto said: “We took, as a team, the final decision.”

Hamilton’s early pit stop allowed him to jump ahead of Vettel, who he stayed ahead of until the end. Binotto pointed out that once Hamilton pitted, Ferrari were unable to bring Vettel in and get him back out ahead.

“If [Vettel] would have come in he would have [fallen] behind because already in the first sector [of his out-lap] Hamilton was fast enough to stay ahead.”

That meant Ferrari had no choice but to leave Vettel out longer and hope to attack Hamilton using fresher tyres later in the race. “At that stage, being behind, the best way was to stay out. We stayed out to have some advantage eventually in the very last part of the race with fresher tyres.”

However Vettel was unable to pass Hamilton and finished second. Meanwhile Charles Leclerc, who began the race in the lead, fell to fourth place when he locked himself into a two-stop strategy early on.

Binotto admitted they “realised only very late” that a one-stop strategy was possible. “I think when Charles stopped, for us it was still too early to gamble on the one-stop.

“It would have been too risky, especially for our position being ahead as it was not only for tyre degradation but for tyre wear as well. That tyre wear is something you can look and analyse in the data.”

The Ferrari team principal praised Mercedes’ aggressive strategy, which secured their 13th win of the year.

“Certainly the gamble they did today was the right gamble,” he said. “They took some risks to win and I think the risk went to their merit. That’s the way it is. Maybe we should have taken more risks. Difficult to judge. After the result it’s easy to say ‘yes’.”