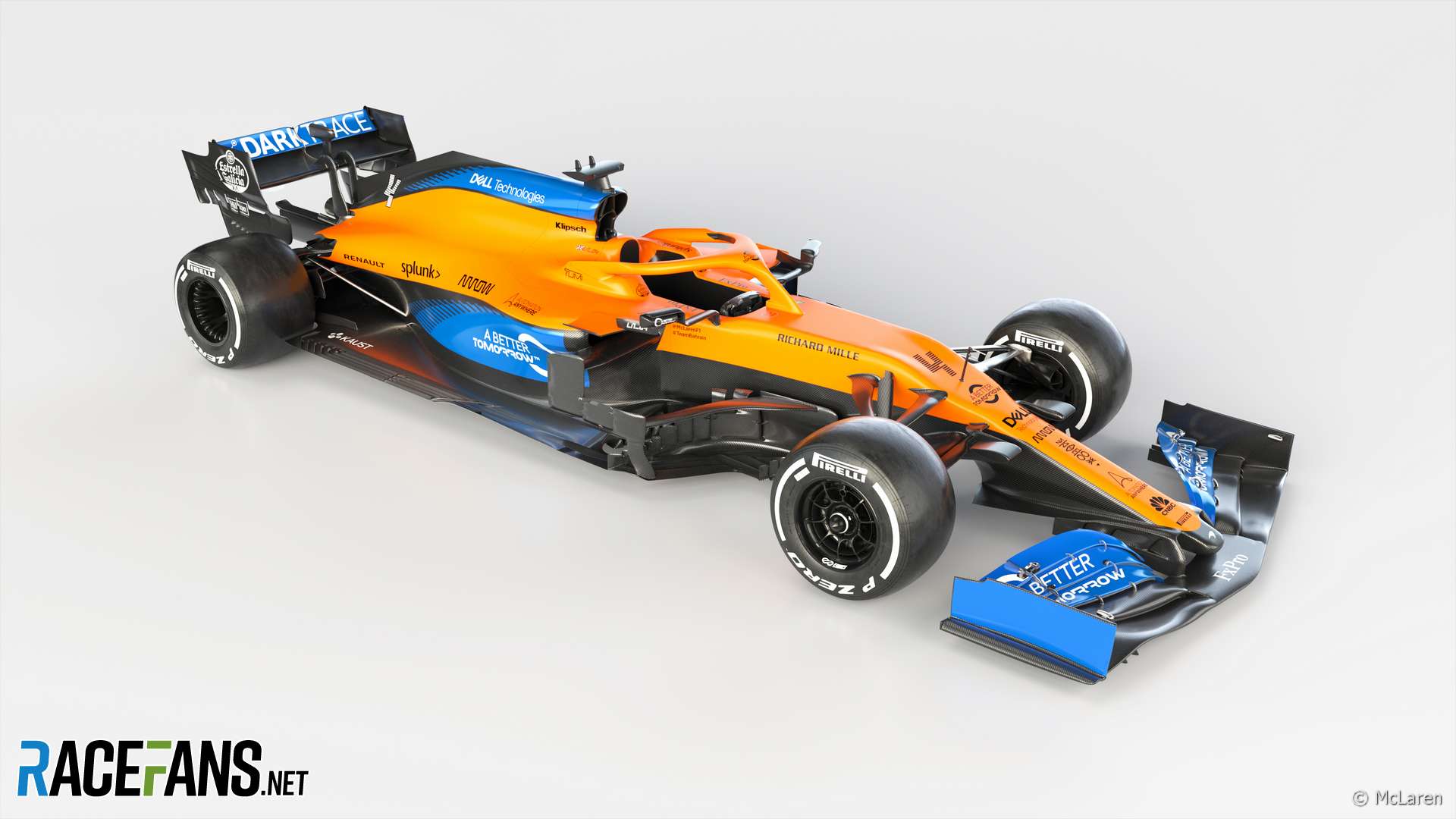 The MCL35 is the first chassis the team has produced since Key joined them from Toro Rosso.

The car is finished in a new matte version of its traditional papaya orange paintwork. That, plus the fact larger areas of the car have been left black, is not a cosmetic change, but a weight-saving measure which other teams have already adopted.

“It’s a good good mix,” said Key. “There’s a slight twist on the colour and the branding side of things as well which is very clean in terms of its look.

“But there are technical benefits to it. There’s a weight benefit, certainly, but there’s other things as well. It’s actually a combination of coatings which surround the colour with that colour.

“What’s been good about it is it has been a very good, close collaboration between the marketing requirements needs, the technical needs, and we found a solution which we’re both very happy with.”

Key said the team has also revised the car’s internals, including its gearbox, in order to slim down its sidepods.

“The body is following a trend I think we’re seeing increasingly with a very narrow sidepod, which is quite an exercise in packaging,” he explained. “You have to plan quite early for that sort of thing because it involves a lot of the engine installation and so on.

“We’ve done a similar exercise with the gearbox to match the philosophy. On the rear part there’s been a lot of work on the rear suspension too.

“From the cockpit backwards it’s a very different approach to what we had before on the conceptual side of things. Equally there’s there’s a lot of technologies, let’s say, around the front which are only possible to do with a new car. We’ve introduced that too.”

The MCL34 the team produced last year was one of the team’s most competitive cars since the V6 hybrid turbo power units were introduced. Key said the previous car was “very much the father” of the new design.

“We tried to carry forward what we learnt last year as we were going. It was being designed as we were developing the [previous] car, so there was a bit of a process. And then [we] added what we felt were opportunities we couldn’t land on 34 with the geometry that we had.”