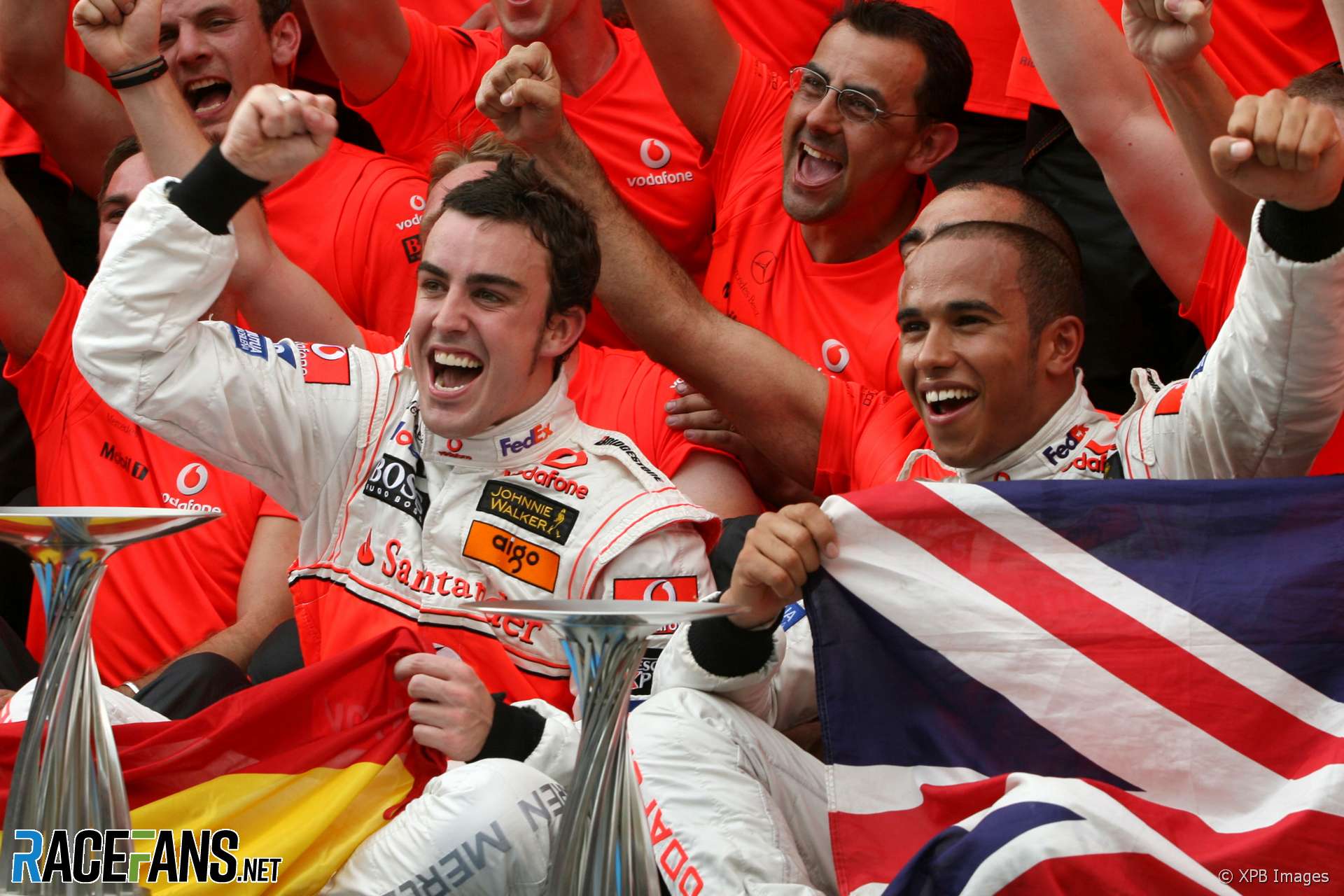 McLaren’s 2007 driver pairing of Lewis Hamilton and Fernando Alonso was the best the sport has ever seen, former driver Pedro de la Rosa has said.

Hamilton and Alonso lasted just one season as team mates in 2007, before Alonso cut his contract short and left following an acrimonious fall-out with McLaren’s management over the ‘Spygate’ affair.

“I was surprised at how it all exploded, unfortunately,” de la Rosa, the team’s test driver at the time, told the official F1 website, “because if we look back, that driver pairing is possibly the strongest there’s ever been. Ever.”

The pair won four races each as team mates and ended the season tied on 109 points – Hamilton ahead on count-back of second-place finishes. But Kimi Raikkonen edged them to the title by one point, and McLaren were disqualified from the constructors’ championship as part of their Spygate punishment.

Nonetheless De la Rosa, who was able to observe Alonso and Hamilton at close quarters during 2007, believes the duo should be considered above McLaren’s 1988-89 driver pairing Ayrton Senna and Alain Prost as the best the sport has ever seen.

“I always think that the new generations are stronger,” said de la Rosa. “So it’s nothing against Senna, Prost, they are they are my heroes, forever heroes.

“But actually, I think that level of Fernando, Lewis was amazing. I mean, I remember looking at their data and thinking ‘these guys are from a different planet’.

“I was not expecting for their relationship to explode. It was a shame because those two guys they would have brought so many championships to McLaren.”

Despite the developing fracture between Alonso and the team, De la Rosa said the relationship between him and Hamilton remained respectful.

“They always respected each other massively at the track because they knew how good the other was,” he said. “Although they never said publicly, they had a lot of respect for each other.