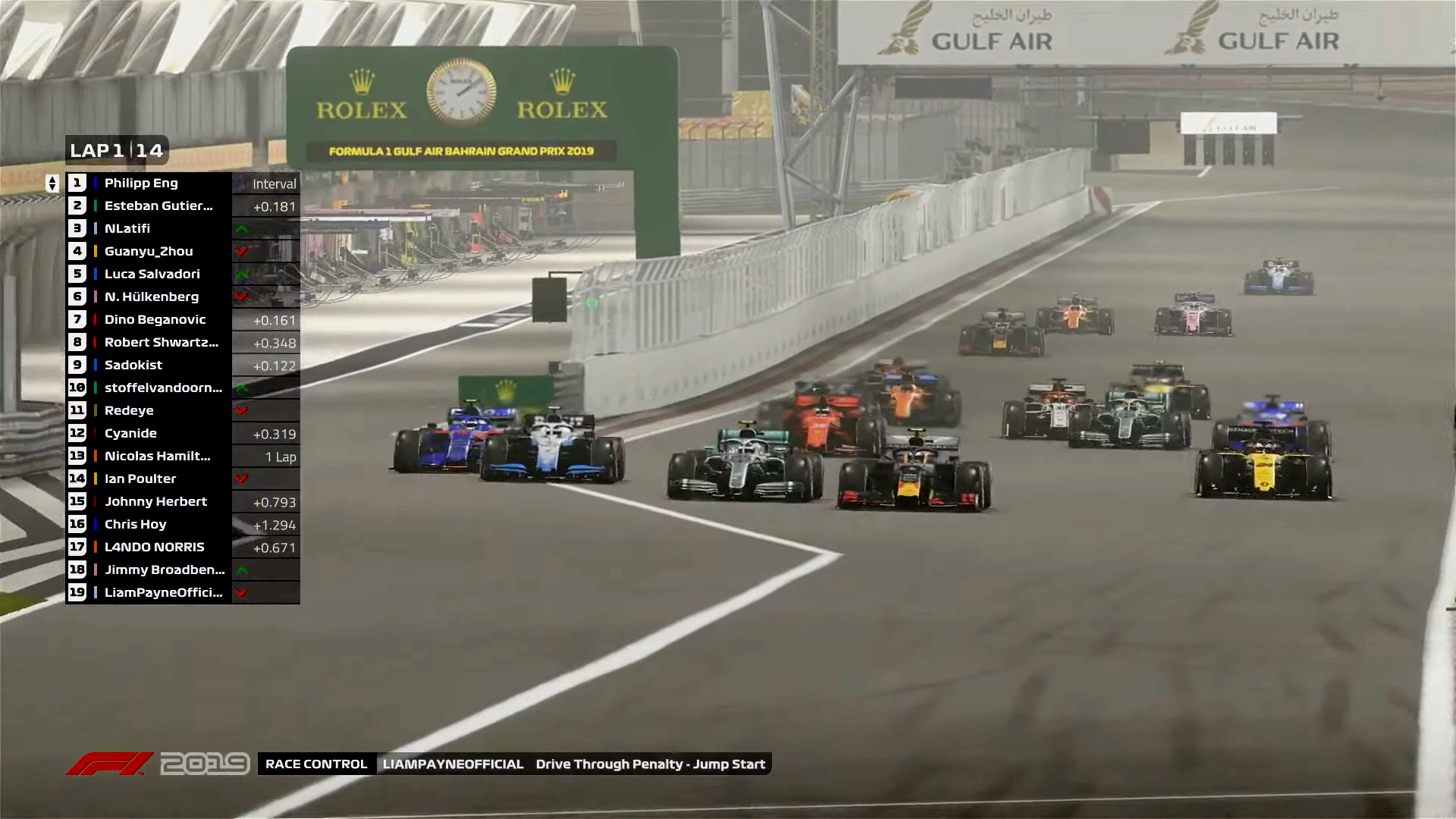 On Thursday last week, when we first heard about F1’s plans to run a ‘virtual’ Bahrain Grand Prix, it prompted an obvious question: Just how many of the current field would show up?

The press release which landed the next day made a clear statement: “The first race of the series will see current F1 drivers line up on the grid”. They met that goal – albeit only just.

Nicholas Latifi took part, though the Williams rookie has now started more virtual grands prix than actual ones. And Lando Norris joined in the fun as well.

But none of their fellow 2020 F1 racers joined in. Why were they so reluctant, and is that likely to change for future races?

There are always sticking points involved whenever you try to organise a few mates for a quick online thrash. And that is basically what F1 was trying to do.

Other Esports races last weekend which attracted more driving talent had several more days to do so. Although F1’s Virtual Grand Prix idea was first conceived when the Chinese Grand Prix was called off back in February, as F1’s Esports head Julian Tan told RaceFans last week the sudden cancellation of further races meant they “had to adapt very, very quickly”.

One complication was the usual story of some players not having the right kit. Sunday’s race was run on the PC edition of F1 2019, which meant the likes of McLaren’s Carlos Sainz Jnr could not participate, as he admitted in an online chat with Norris.

The present situation in which many drivers are observing a period of isolation following their return from Australia hasn’t helped matters. And some of those who did have the necessary hardware were concerned over how competitive they might be alongside more experienced F1 2019 players. “[I] will hide for now as my level is poor,” said Romain Grosjean on social media.

Norris told Sainz F1 2019 was a “difficult” game to master and he had been “one second off” the pace of experienced players in another recent event.

“There was the real drivers like me, Stoffel [Vandoorne] and [Esteban] Gutierrez,” said Norris. “Then you had the professional sim drivers… the top six were pretty much guys who play the game. Everyone who didn’t play the game, I ended up beating.”

Verstappen predicted he “would be running around the back, and I don’t enjoy that”.

In the event, top Esports drivers like David Tonizza and Brandon Leigh were not invited to participate. The crash-strewn race which unfolded yesterday – between two current F1 drivers, five ex-grand prix racers plus a selection of teams’ junior drivers and notable online ‘influencers’ – has surely allayed Verstappen of that fear.

The next Virtual Grand Prix is due to take place on April 5th, when the Vietnam Grand Prix would have been held. The organisers intend to replicate the cancelled Australian Grand Prix, so the F1 drivers have two weeks to get their kit together and practice Albert Park, which will hopefully encourage a few more of them to take part.