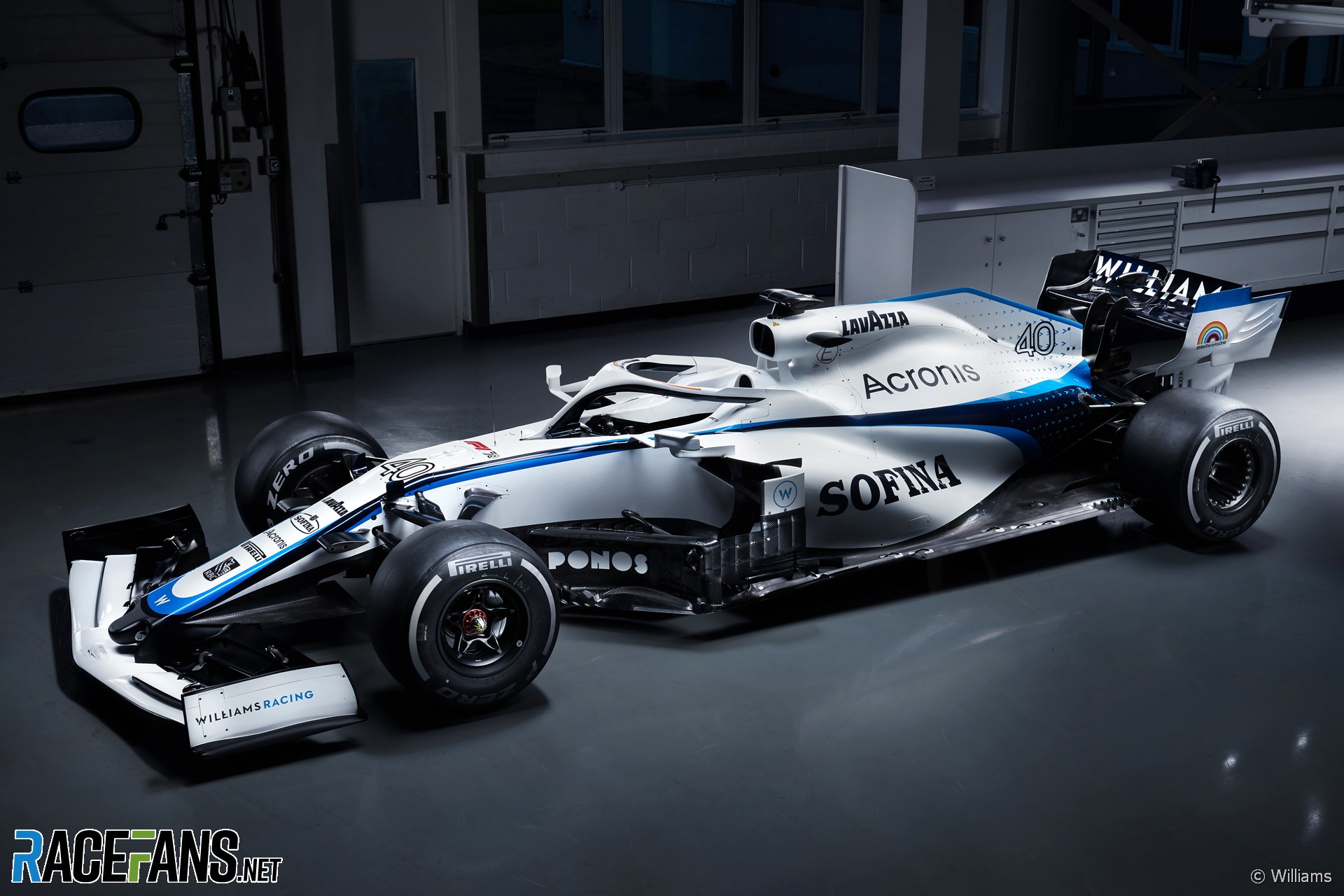 Williams has revealed its revised livery for the 2020 F1 season following its split from Rokit.

The team has reverted to its ‘heritage’ dark blue colours on the new-look FW43, replacing the red colouring of its former title sponsor. As RaceFans revealed earlier this week, Rokit is believed to be closing on a deal to sponsor Mercedes.

A rendering of the team’s new look was leaked online around half an hour before it was officially presented.

54 comments on “Williams reveals new livery after split from Rokit”