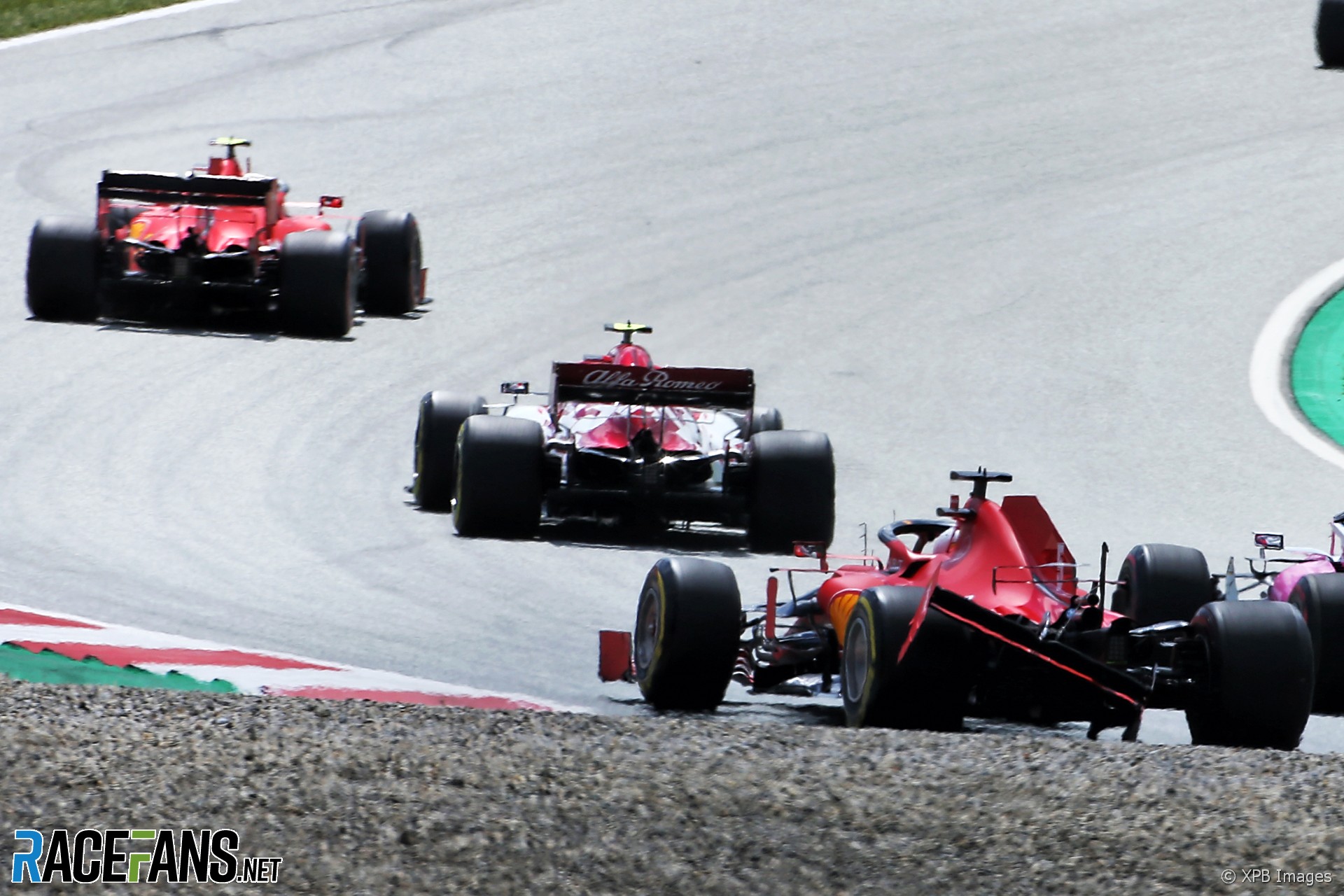 From the moment the starting lights went out it took less than half a minute for Ferrari’s Styrian Grand Prix to go disastrously wrong.

Charles Leclerc lost control of his Ferrari while making a speculative attempt to overtake team mate Sebastian Vettel on the first lap of the race. The pair made contact, leaving both SF1000s with race-ending damage.

Before the race began, Leclerc revealed he had run an “aggressive” set-up on his car during the very wet qualifying hour, expecting the race to be dry. While Vettel started on the medium compound rubber, Leclerc began the race on softs, and was no doubt eager to clear his team mate as quickly as possible.

His last-second dive down the inside of Vettel at turn two went spectacularly wrong, however. Leclerc apologised profusely for the incident after the race, but in the heat of the moment he wasn’t initially aware how he’d come to hit his team mate.

Leclerc’s car was receiving attention from Ferrari in the pits when Vettel arrived to retire his car. Yet Vettel appeared unaware that his assailant with his own team mate.

“I was taking it easy into turn three and then somebody went completely on the inside rear of myself,” he explained on the radio.

Meanwhile Ferrari were busy evaluating whether Leclerc’s car was able to carry on with extensive damage to his rear floor. Leclerc, who was initially under the mistaken impression that he’d been hit from behind in the collision, repeatedly asked the team to let him know how bad the damage was.

When they estimated he’d lost around 100 points of downforce – a very significant amount – Leclerc initially tried to continue, perhaps hoping the race would eventually see as many retirements as had occured a week earlier. The team soon decided to retire the car, however.

On a weekend when nothing went right for the team, the last thing to go wrong was the radio instruction for Leclerc to retire, which came just as he’d passed the pit lane entrance.

39 comments on ““Somebody took off my rear wing”: How Ferrari’s race ended in 26 seconds”