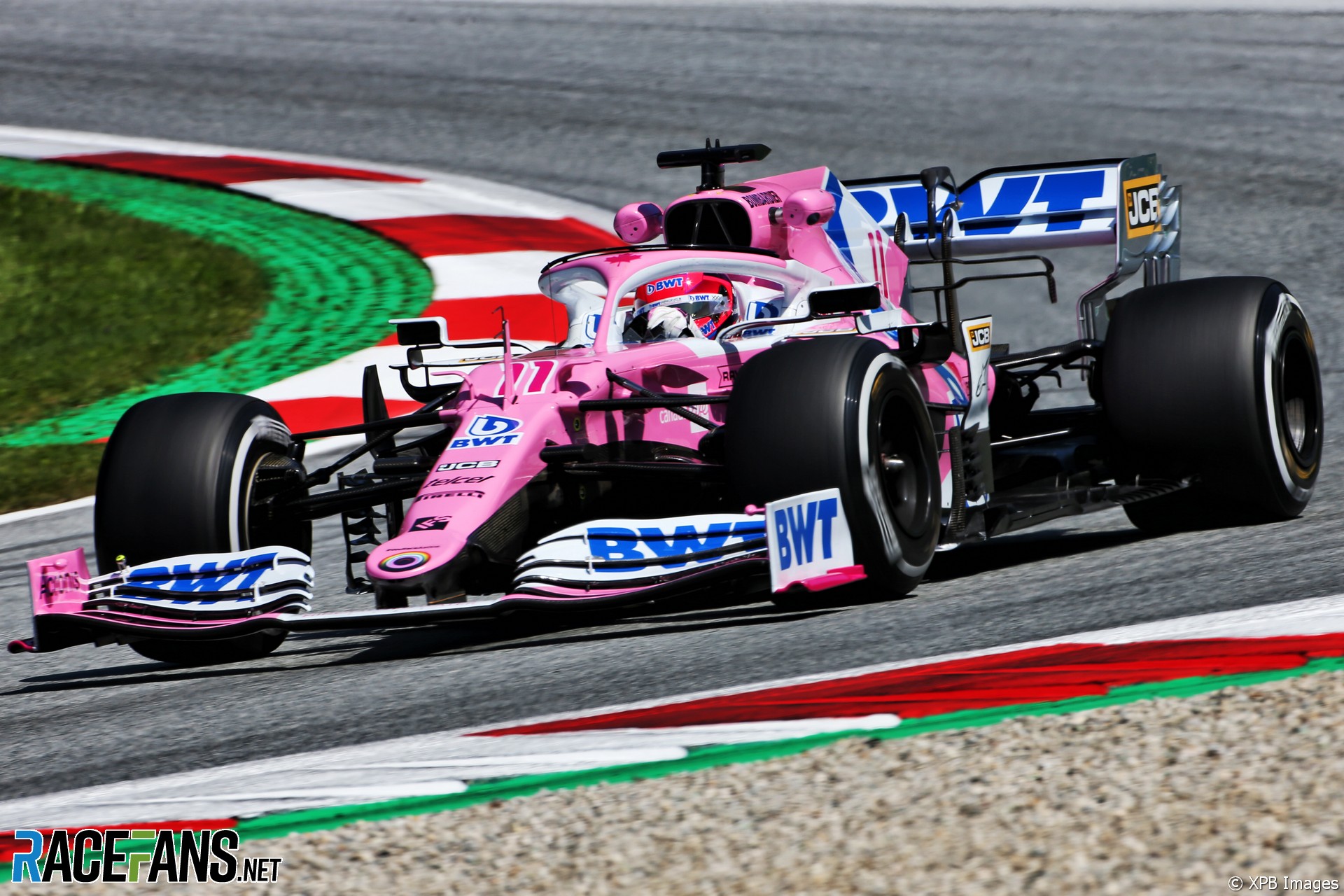 The FIA says it will prevent teams from producing whole copies of rivals’ cars in the manner Racing Point has this year.

Racing Point has been given a 15-point deduction and £360,000 fine after the FIA supported a protest by Renault which claimed the team had broken the sporting regulations by duplicating Mercedes’ brake ducts.

While the claim concerning that specific area of the car was largely upheld by the stewards, the FIA wishes to go further in encouraging teams to produce designs which are substantially their own, instead of copying those of rivals.

“Renault amongst others have expressed quite a lot of concern about what technique Racing Point have used to copy Mercedes to a large extent,” said the FIA’s head of single-seater matters Nikolas Tombazis.

“We, the FIA and Formula 1 have been spending quite a lot of time discussing this topic and we think it is important to explain a few concepts and what we’re planning to do about it.

“First of all, copying has been taking place in Formula 1 for a long time. People take photos and and sometimes reverse-engineer them and make similar concepts. In some areas, even identical concepts or closely identical at other teams. We do not think that this can stop in the future completely.

“But what we do think is that Racing Point took this to another level. They clearly decided to apply this philosophy for the whole car by doing what I would call a paradigm shift. They actually used a disruption in the process that has been the norm of designing a Formula 1 car in the last 40 years. So one should not penalise them for that because they were original in deciding to follow this approach.

“However, we do not think this is what Formula 1 should become. We do not want next year to have eight or 10 copies of Mercedes on the grid, where the main skill becomes how you do this process. We don’t want this to become the norm of Formula 1.”

New regulations are being drafted for the 2021 F1 season which will prevent this practice, said Tombazis.

“We do plan within the very short notice to introduce some amendments to the 2021 sporting regulations that will prevent this becoming the norm. It will prevent teams from using extensive parts of photos to copy whole portions of other cars in the way that Racing Point has done.

“We will still accept individual components to be copied in local areas. But we don’t want the whole car to be to be fundamentally a copy of another car.”

The FIA intends to “provide guidance about that as well as their ruling, the wording itself, over the next weeks”, Tombazis added. “We want to give a very strong message to teams that they should not be starting doing that now for next year’s car, because that will simply not be allowed.”

However he conceded teams cannot ‘unlearn’ knowledge they already have about rivals’ cars. “It will be, of course, accepted that teams, whatever they have now in the 2020 cars, they are not supposed to delete it or start afresh because that’s never how it works.”