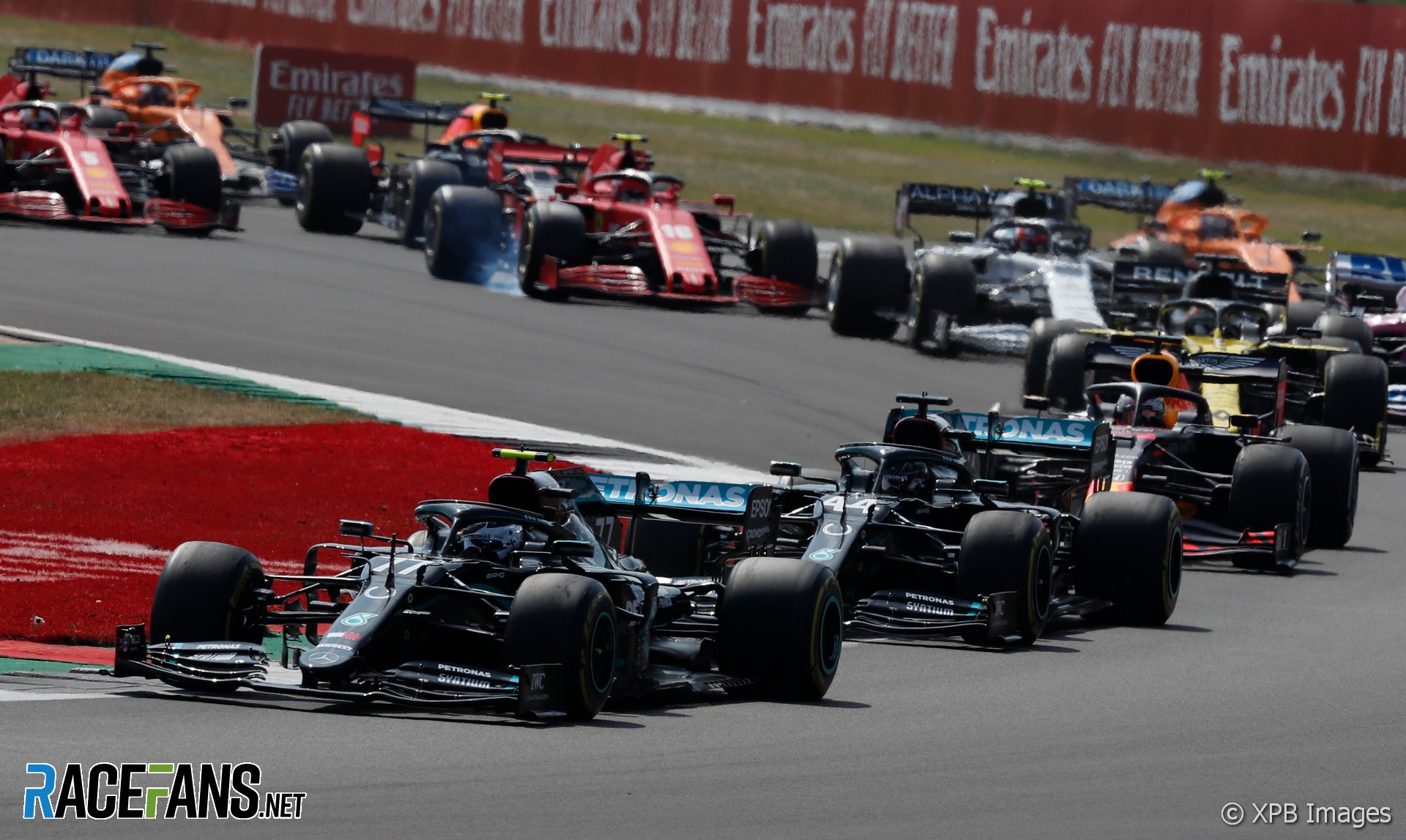 Mercedes team principal Toto Wolff disagreed with Valtteri Bottas’s criticism of their strategy in today’s race, but accepts his driver’s frustration at losing a position to his team mate.

Bottas said Mercedes were “sleeping” at times during the race. He started from pole position but was passed by Max Verstappen shortly after the Red Bull driver made his first pit stop. Bottas complained he’d been told to manage his pace before Verstappen appeared in his mirrors, and also said his early second pit stop left him vulnerable to Lewis Hamilton at the end of the race.

Wolff discussed the team’s strategy with Bottas after the race. “I don’t think we were sleeping,” he said, “but I accept his perspective. I think we just had the slower car today and you have to just admit that.”

Keeping Bottas ahead of Verstappen was always going to be a challenge given the performance difference between their cars, said Wolff.

“Should we have done the opposite to Max? As a matter of fact this wouldn’t have changed anything because Max would have come out with a fresh tyre, we would have continued with a tyre that wasn’t in the best state any more, and he just putted in front of us. So I’m not sure what we could have done better.”

Having fallen to second ahead of Hamilton, Bottas’s final pit stop inadvertently helped his team mate get into a stronger position at the end of the race, Wolff said.

“Obviously, he’s not in a happy place that he was second and Lewis was third. But it was the learning that happened on-track when when we got Valtteri’s tyre in, we saw that actually there was a lot of rubber left, and we extended Lewis’s stint.

“There were big vibrations, but a lot of rubber, and therefore he was getting quicker and quicker the more the rubber went down and that’s why we could extend the stint.”

Having delayed his final stop, Hamilton was able to use his fresher rubber to attack Bottas in the final stint.

“Eventually Lewis overtook Valtteri,” said Wolff. “It’s clear that he’s not is not happy and I totally respect it. None of us is happy today with the result.”