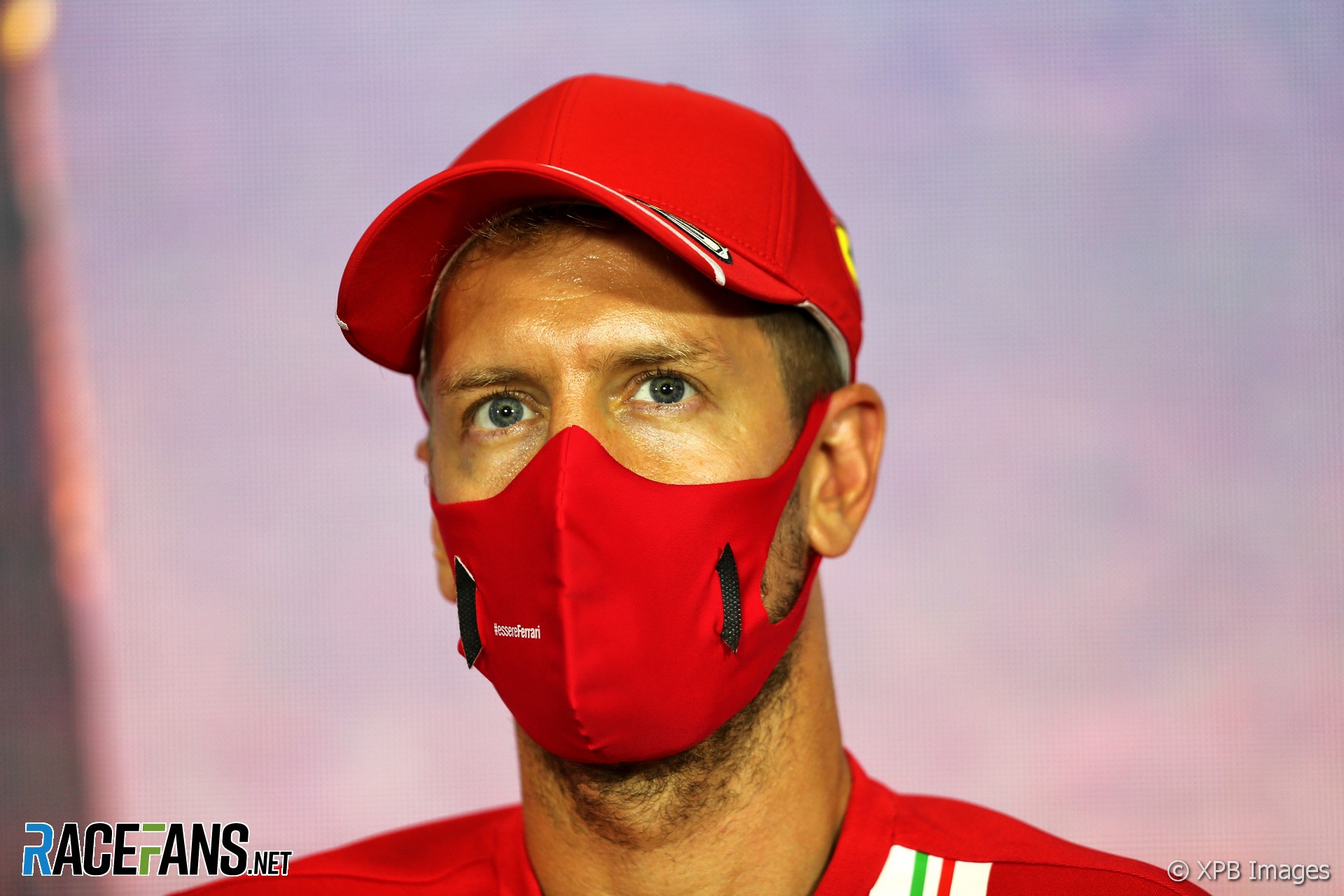 Since Ferrari announced in mid-May Carlos Sainz Jnr will replace Sebastian Vettel for the 2021 F1 season, hurricane-strength rumours have swirled about the future of the four-times champion.

Vettel’s uncharacteristic bouts of radio silence – even when spoken to – and tetchy responses when he has reacted have fuelled the storm. Already he and the team have faced questions over whether an early divorce is on the cards.

There are suggestions a high-speed merry-go-round could be triggered by Vettel’s early departure. After all, we know how the dominoes are ready to fall next year: Sainz transfers across, his McLaren seat obligingly filled by Daniel Ricciardo, in turn paving the way for an early return for Fernando Alonso.

The twice-champion is already set to return to Enstone (again) to head the French team’s charge in 2021. However, so the theory goes, he will be available after this weekend’s Indianapolis 500, so could simply start a few months earlier than contracted.

On the face of it, this all fits. Each team has early access to their future driver, and what many perceive as a painful relationship between Ferrari and Vettel ends early, enabling the four-time world champion to devote time to securing a 2021 drive. But F1 and logic are seldom happy bedfellows. The more one examines the scenario, the more flaws appear.

For starters, why would McLaren release Sainz early? The British team, currently on 62 points, is sandwiched in a fierce scrap with Racing Point (63) and Ferrari (61), and utterly determined to prevail in the fight for third.

Finishing in the top three in the constructors’ championship has added value under the freshly-inked Concorde Agreement. As revealed here previously, F1’s 2021 revenue structure includes a rolling 10-year bonus structure for top three teams, so results carry for a decade.

Under these circumstances, why should McLaren introduce instability into what is one of the best-settled driver pairings on the grid, namely that of Sainz and Lando Norris?

Consider also the hypothesis from Ferrari’s perspective: Although driver salaries are confidential, our studies point to an annual stipend of $30m for Vettel, negotiated when he was in full winning pomp. With six of F1’s targeted 15-18 races run, the season is between 33% and 40% done. Would Ferrari seriously cough up $20m for Vettel to tend his lawn and plays with his kids? That makes no sense for them at all.

If stability is crucial for McLaren, it is doubly so for the Scuderia, which currently languishes fifth in the points, on course for its worst championship finish since 1981. Would Sainz, talented as he assuredly is, be able to learn all the ropes in this most complex of teams during a heavily compressed season, and still be able to deliver better than Sebastian? A tall ask, and a massive risk that could easily go awry.

The same applies to Ricciardo joining McLaren. A switch at season’s end, with three pre-season months to bed himself into the ‘McLaren Way’, will surely deliver better results with minimal risk. Plus, a question: Given he is on an estimated $25m and Alonso is unlikely to race for free, who pays Ricciardo and stumps up for his successor during these straitened times?

Early moves of these kinds are not unprecedented. In 2017 this writer scooped one such swap, also involving Sainz, plus Jolyon Palmer and Pierre Gasly. Sainz displaced Palmer at Renault while Gasly arrived to slot into his Toro Rosso seat. But that deal was part of a wider engine swap between teams with drivers used as trading currencies. None of that applies here.

Another faction suggests Kimi Raikkonen might return to Ferrari in Vettel’s place, making for a third stint at the Scuderia. But the ties between Alfa Romeo and Ferrari have loosened since the latter’s 2015 initial public offering while Alfa Romeo’s parent Fiat-Chrysler Automotive is in the process of merging with Peugeot. The easy transition of Alfa Romeo’s star asset back to its engine supplier therefore may not be so straightforward. Again, it comes down to a question of money: who would pay Alfa Romeo, and who slots into Raikkonen’s place?

Barring new developments, as things stand Vettel is likely to remain in red until the Abu Dhabi Grand Prix belatedly closes the 2020 F1 calendar on December 13th. Thereafter it remains to be seen whether he retires for good, takes a sabbatical or signs elsewhere, possibly with Racing Point, which will become Aston Martin next year.

Here RaceFans is receiving mixed messages: a source is adamant that a deal has been done and could be announced at Monza, Ferrari’s home patch. Another says that the team has gone off him after some lacklustre performances; and that Sergio Perez’s backers have upped the ante substantially to enable him to remain in the Mercedes clone, in whichever hue it appears next year.