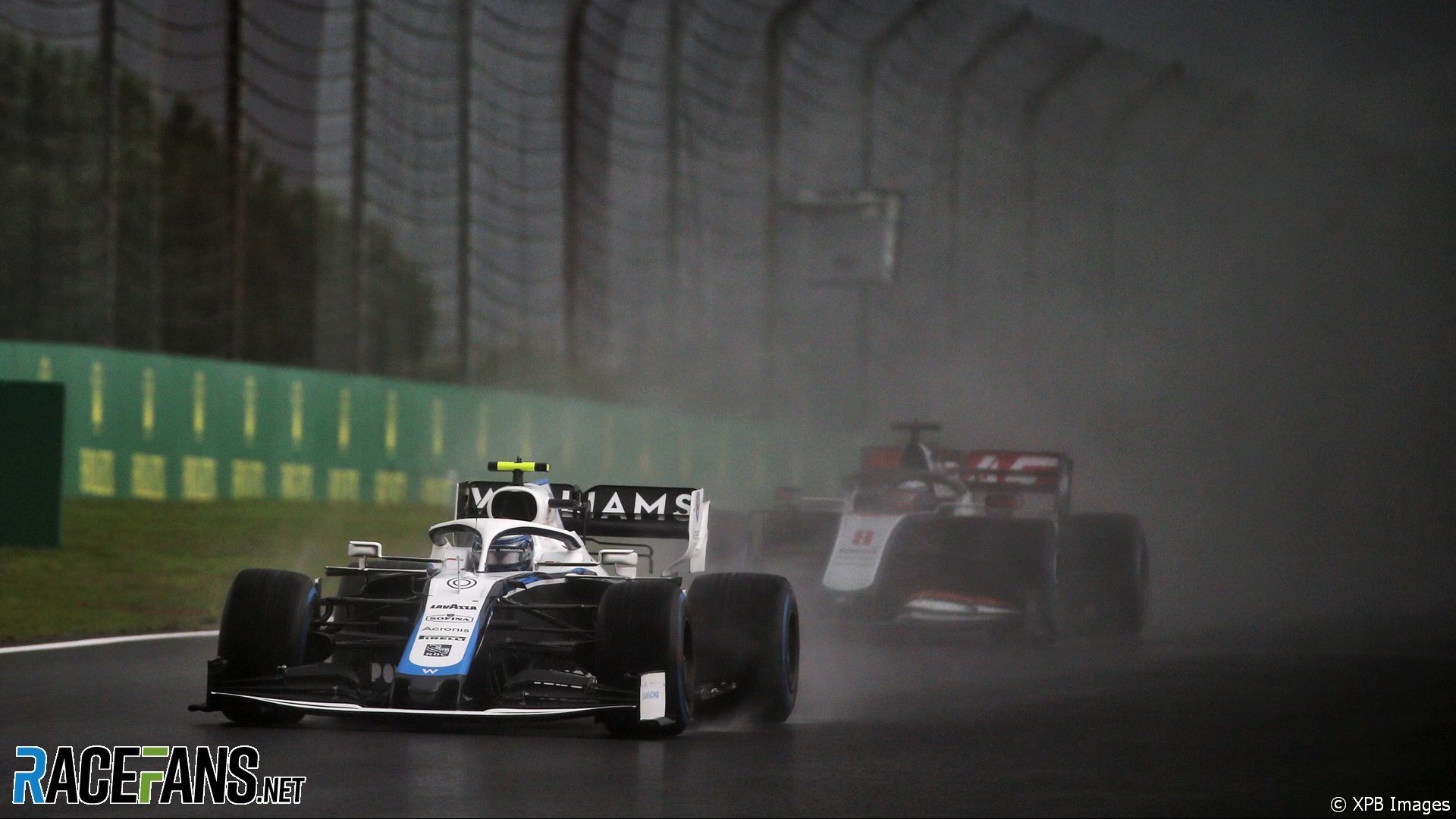 In the round-up: Nicholas Latifi says conditions were so difficult in qualifying for the Turkish Grand Prix that he was unable to complete a single clean lap.

Latifi was not the only driver to struggle in what a number of drivers described as the most challenging conditions they had ever experienced during qualifying. But after the Williams driver spun out of Q1 on the exit of turn eight, Latifi says he struggled to complete a single representative time in the conditions, having lapped over eight seconds slower than anyone else in Q1.

Obviously it’s tricky for everybody. I just literally couldn’t do a lap. I mean, the only lap I did was just before it got red flagged the first time. So there was clearly way too much water on track.

It is what it is. I mean, tomorrow anything could happen and that’s what the focus is going to be.

A dog has been spotted near turn seven, just under 10 minutes before the start of qualifying. #F1 #TurkishGP pic.twitter.com/2fq3gcEO6C

Big thanks to the whole team. What a day 👊 pic.twitter.com/SzbYy20OEh

Hats off to @lance_stroll. That was quite something. Fair play. Congrats on your first Pole Position, well deserved.

You won’t hear any excuses or clever quotes from us today.

We were absolutely nowhere near pole.

We’ll be down with a bottle of champagne later. You guys deserve it!

Today, we didn’t get it right but it’s days like today we learn the most so it’s actually a good day! Tomorrow, is going to be even tougher but we win and we lose as a team so either way we are in this together.
What do you think Toto and I were talking about here? 👀 pic.twitter.com/sKdxfRW6dQ

The asphalt laid is a regular asphalt for highways. It’s not about curing time but the composition of that. It is very fine, smooth and open texture. Perfect recipe for what we saw. #Racetrack #asphalts are something else.

Please @F1 how on earth can you start the session with the safety truck on track still!?!? Have we not learned from the past? I can’t believe it. #F1

Laurent Mekies: "We had already seen from the very first round this year in Austria that we struggle in the wet, but this morning on the intermediates, we were competitive and hoped that would also be the case in qualifying. However, especially on the extreme wets, the drivers were just unable to push."

"I respected the rules. We must abort the lap, not just simply lift off, if there’s a double yellow flag – which there was. I’m pretty annoyed with that. Everyone else pushed, improved their laps, but I’m knocked out of Q1."

Lewis Hamilton: the man from Stevenage who became the moral compass of F1 (The Guardian)

"Few can doubt that a kind of racism – even if unconscious – fuels the degree of abuse he attracts on social media, even though it might be camouflaged as criticism of his diamond earstuds, his braided hair, his tattoos and love of hip-hop, his supposed hypocrisy in announcing his ambition to become personally carbon-neutral while competing in a gas-guzzling sport, his decision to live in Monaco for tax reasons – the sort of choice that went unremarked when made by the likes of Clark, Stewart, Nigel Mansell and Jenson Button – or his acceptance of the requirement to race in Saudi Arabia next year."

"Coronavirus has sent car sales off a cliff, the economy is on a knife edge, and a stormy Brexit with the potential for trade tariffs is just around the corner. But acclaimed Formula 1 designer Gordon Murray is defying conventional wisdom and setting up a new carmaker in the UK."

Mark Skaife: 'There’s no reason why we can’t have high-level female racing drivers' (The Age)

"With the right programs and pathways, there’s no reason why we can’t have high-level female racing drivers. At the Supercars Championship recently, Switzerland’s Simona De Silvestro showed that women can absolutely compete with the boys."

An incident in qualifying where cars were released onto the circuit at the start of Q2 while a crane was still on circuit recovering Latifi’s Williams prompted many concerned comments:

This infuriates me. Jules Bianchi was killed by a tractor on the track in the rain. There should be zero risk taken in these situations. Who cares if the session starts a minute later?

We had marshals on the track last week and now this. Let’s not get complacent.
David