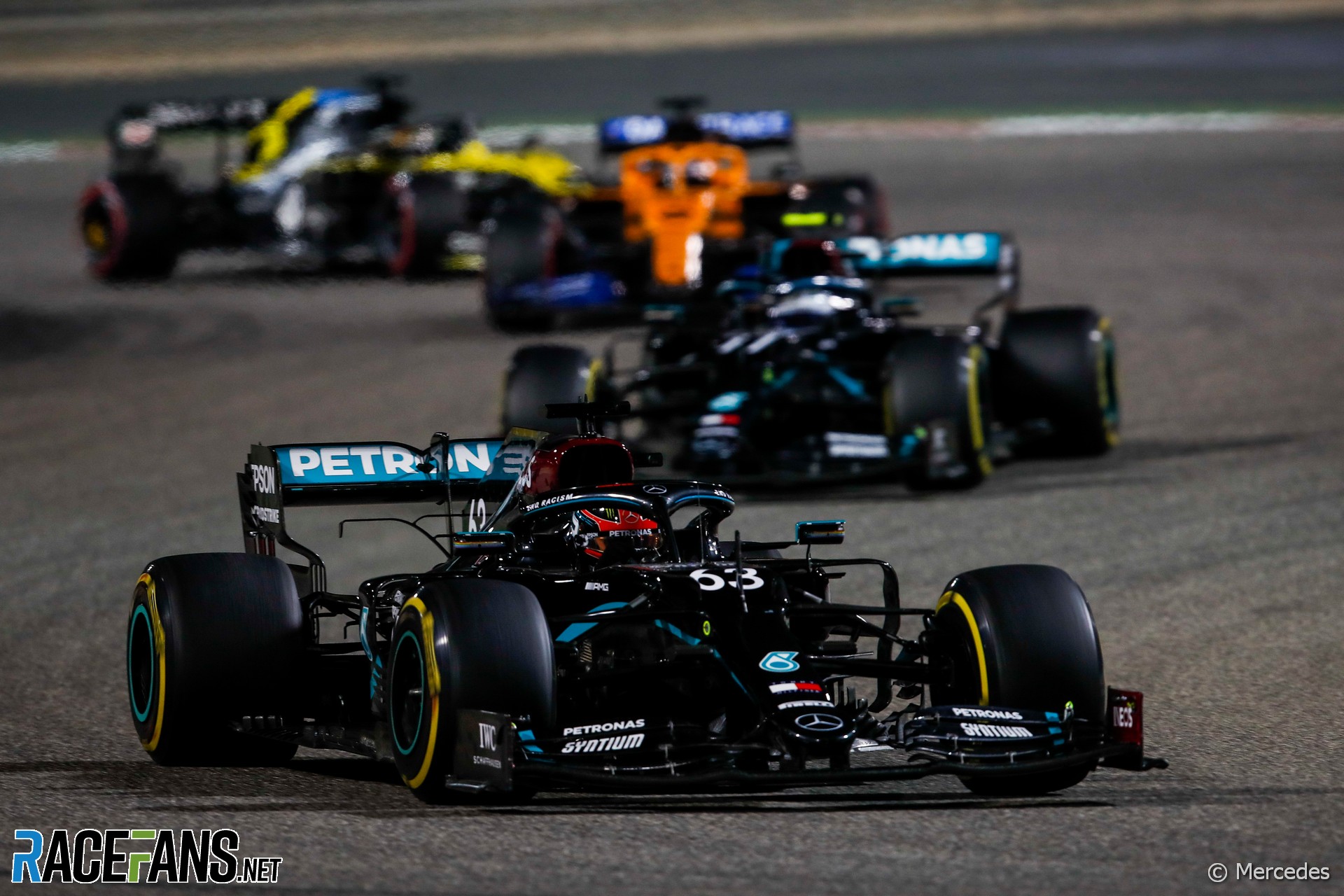 George Russell said he found it hard to believe how well his first race weekend with Mercedes was going, until a pit stop error cost him victory.

The 22-year-old was called up to the team in place of Lewis Hamilton after the world champion tested positive for Covid-19. He led much of the race until his team fitted the wrong tyres to his car when he pitted on lap 63.

That blow followed a remarkable performance from Russell, who in an unfamiliar and ill-fitting car was quickest in both Friday practice sessions and came within two-hundredths of a second of beating team mate Valtteri Bottas to pole position.

“At some point, it’s just felt too good to be true,” Russell admitted on Sunday evening. “This whole situation, getting this opportunity and coming in and qualifying second, almost on pole.

“But I need to leave with my head held high, regardless of the result. I could have been off the pace but fluked into a podium [and] even though it’s a podium, I wouldn’t have probably been as satisfied as I am right here, right now.

“Because I know that it was a well-executed weekend. Between me and my core group of engineers on the performance side, we did as much as we can. And even yesterday, I wanted to be on pole, but given the timeframe, given the car still wasn’t set up right for me, given the fact I wasn’t comfortable in the car, I was satisfied with it because I was close than I expected.

“I know that with more and more races under my belt in this car, I’ll just get stronger. So to come in at such a good level. I’m going to wake up tomorrow, obviously still disappointed, but I’ll try and have my head held high.”

Russell said the defeat didn’t hit him as hard as occasions when he’d let his team down, such as his crash during a Safety Car period in the Emilia-Romagna Grand Prix.

“The toughest moments in my career have probably been off the back of a personal mistake that has cost me good result,” he said. “Imola is a good example of that.