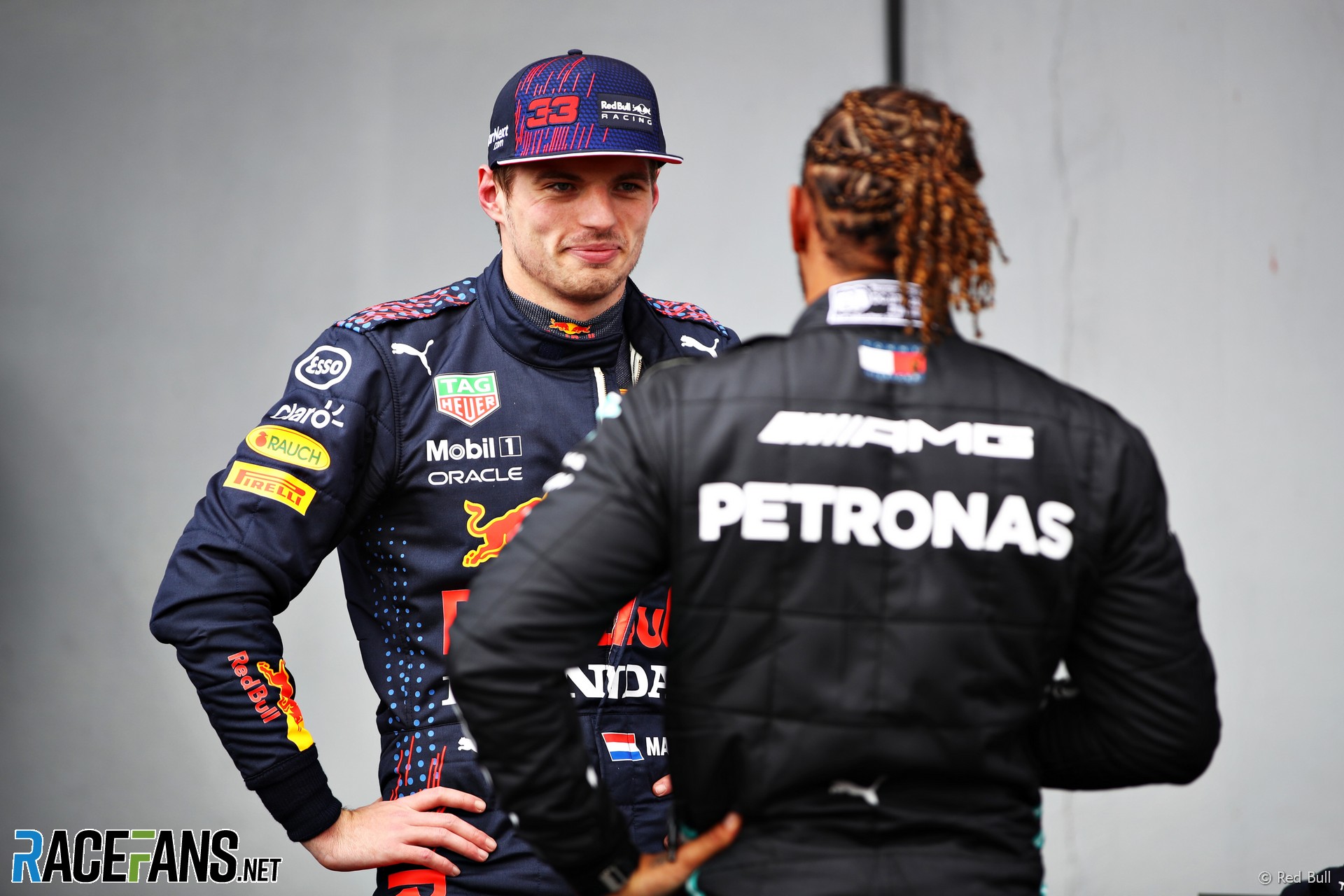 Red Bull’s Max Verstappen says the “scrappy lap” that cost him Emilia-Romagna Grand Prix pole was a rare moment for him where he didn’t make the most of the car.

Going into qualifying, Verstappen enjoyed a pace advantage of over half a second over Mercedes from practice.

But he went slower than the lead Mercedes driver, as well as his Red Bull team mate Sergio Perez, in all three segments of qualifying and ended up qualifying in third place behind Lewis Hamilton and Perez.

“It felt alright in FP3,” explained Verstappen. “And just in qualifying, you change tyres from soft to medium, trying to put your lap in, and it was all coming along nicely. But then in Q3, the final run, I just didn’t have a good lap.

“I went off in turn three with two wheels. I know that Honda makes good lawnmowers, but I don’t think this one is suited for that. At least I tried.

“But yeah, it was just really a scrappy lap and I haven’t had that in a long time. So just need to understand why that happened.”

Verstappen was just 0.087s seconds shy of pole position, and only 0.052s slower than Perez who admitted he also made a mistake that cost him pole.

“Nevertheless, I think we were very close so that’s positive,” Verstappen added. “And like Checo said we have two cars close to Lewis on different tyres so hopefully that will give some excitement tomorrow.”

While Verstappen and the Mercedes pair will start Sunday’s race on Pirelli’s medium compound tyre, Perez had to resort to the soft tyre in Q2 to ensure he made the top 10 in qualifying and as a result will start the grand prix on that compound.