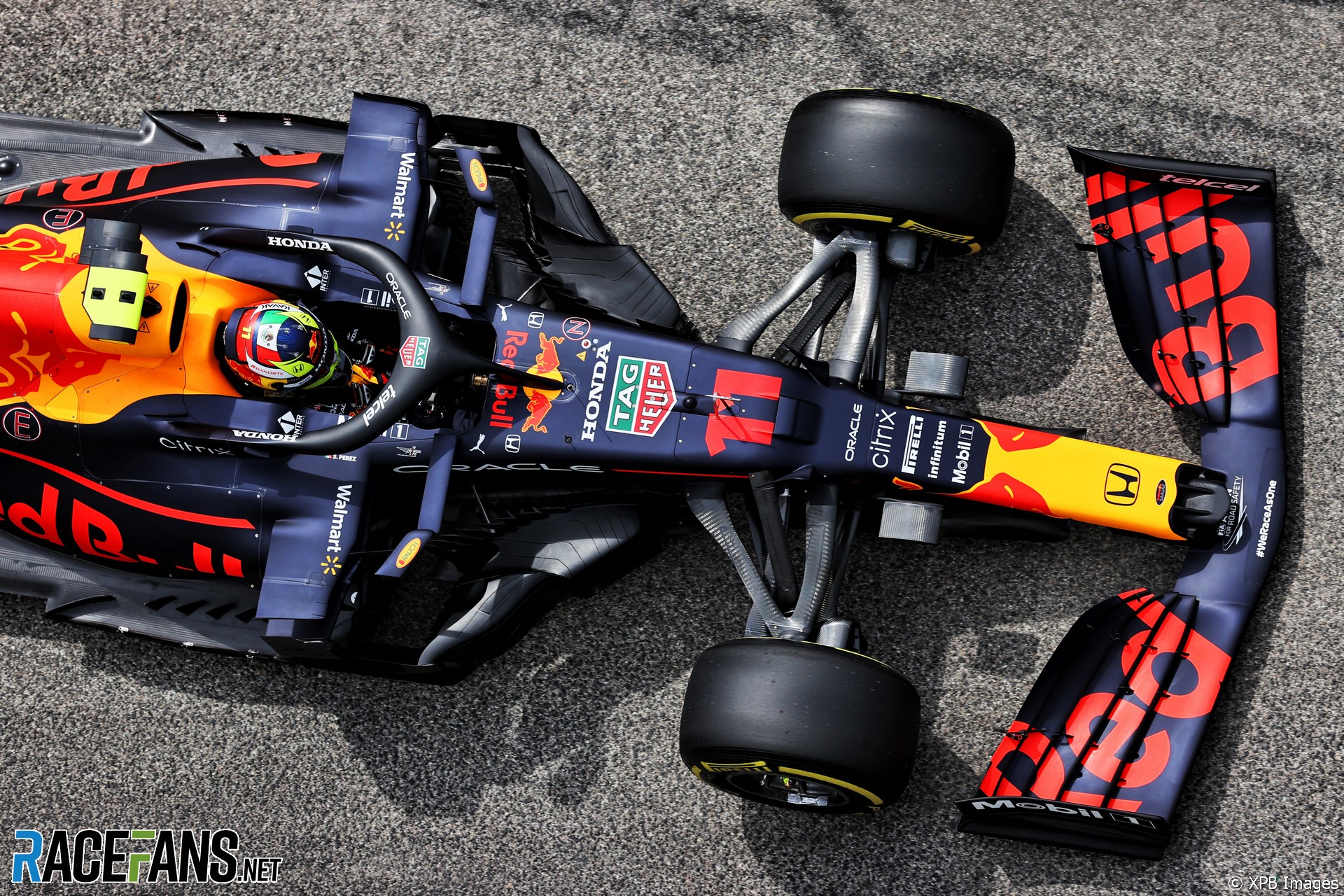 Sergio Perez suspects a mistake at the final corner in qualifying prevented him from taking his first Formula 1 pole position at the Emilia-Romagna Grand Prix.

“First of all I have to say well done to the team,” Perez said after qualifying. “Yesterday I did a mistake, and I made them work hard during the day so it’s a good recovery but most important is that we’re showing progress.”

Perez had a difficult weekend until the final segment of qualifying. He collided with Alpine’s Esteban Ocon in first practice, then was almost six-tenths of a second slower than team mate Max Verstappen in Saturday practice.

Unlike Verstappen, who used the medium tyre compound in Q2, Perez had to use the faster soft compound tyre to ensure his progression into Q3. As a result, he will start the grand prix on the soft while Verstappen is on the medium.

“I never expected to be here today,” he admitted. “Where we were yesterday, we’ve been improving, but it’s just important, I mean, to be P2.

“I should have been on pole today, I did a mistake on my final corner. I think it’s everything positive but we just have to make sure that we keep progressing and tomorrow is what matters.”

He expects “anything can happen” in the race, particularly if rain arrives as forecast on Sunday. “We are on a different strategy to Lewis and Max, so it’s going to be interesting,” said Perez. “We’ll see what we can do, and most important get those points, get that learning which is priority at the moment.”