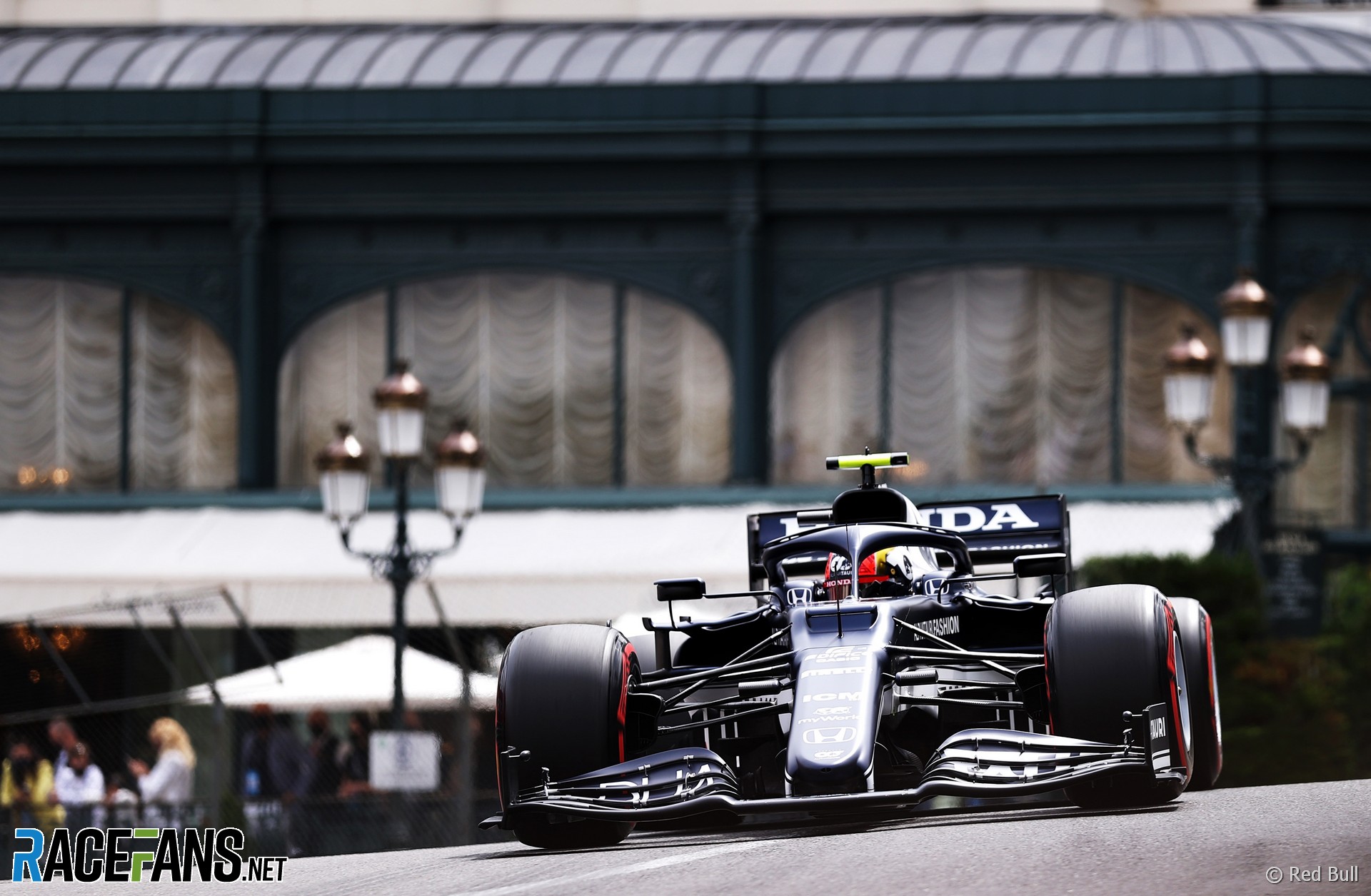 In the round-up: Pierre Gasly says that, despite having faster cars starting behind him, he believes AlphaTauri can execute a good race strategy and stay ahead in Monaco.

AlphaTauri have the chance to stay ahead of Mercedes, Red Bull

Gasly believes he has a chance of staying in front of Lewis Hamilton and Sergio Perez after out-qualifying them.

“I think we did the best with the car we have, where others didn’t maximise their lap. To qualify in front of one Mercedes and one Red Bull, to us is a fairly big achievement.

“So I’m very pleased with all the work of the team to give me such a strong car when it mattered and I think it was one of my best quali laps, as well, so I’m really pleased that it came together in Q3.

“And we’ll try to have a good strategy, obviously, we have fast cars behind – we have Lewis, we have Perez.

“But we know how difficult it is to overtake so I think we need to to do a clean race. From where we start. I think we can aim for big points. And I really hope we can finally have a clean, full weekend and the big reward at the end.”

Antonio Giovinazzi said getting through to Q3 was a significant achievement and “a result for the team.”

“From me, from the car, from the traffic, that was really difficult,” said the Alfa Romeo driver. “The guys in the garage did a great job and we put all together and and we achieved this good result.”

“So I have the support of Sauber and just my job is just to focus on Formula 2 to do a really good job and I will try to be a title contender.

“I don’t know, maybe it’s a bit too early to say that but just I will try to stay focused on F2.”

None of those fancy, new-fangled names for Vettel… #F1 #MonacoGP pic.twitter.com/Gndh9Puzzl

"A person close to F1 said 'the driving reason' for the continued focus on cost control was to 'balance out the system so the best drivers could be attracted to other teams while also reducing the overall spend in F1'."

"Dan Ticktum: 'Eventful is definitely the word I would use to sum my morning. The throttle motor failed on the lap to the grid, so I thought that was us out to be honest. I know you can change them pretty quickly, but not in five or six minutes.'"

Rather than implement IndyCar’s rule about lap time deletion if you become the cause of a red flag after setting one, David BR suggests that other drivers affected should be allowed an additional qualifying run.

Agree no penalty in order. However, there’s something to be said to allowing other drivers to actually get in a final fast lap if the provisional poll sitter causes a red (or maybe yellow) flag in this way.

An extra 5 minutes say. It would prevent the Schumacher/Rosberg type of incident and allow spectators to actually see a race for poll.

Qualifying is expressly designed to build up to this final run climax, we know that. So losing it is heavily anticlimatic and does seem to deprive the poll sitter’s rivals of their chance. I’d be in favour of some football style ‘extra time’.
@david-br