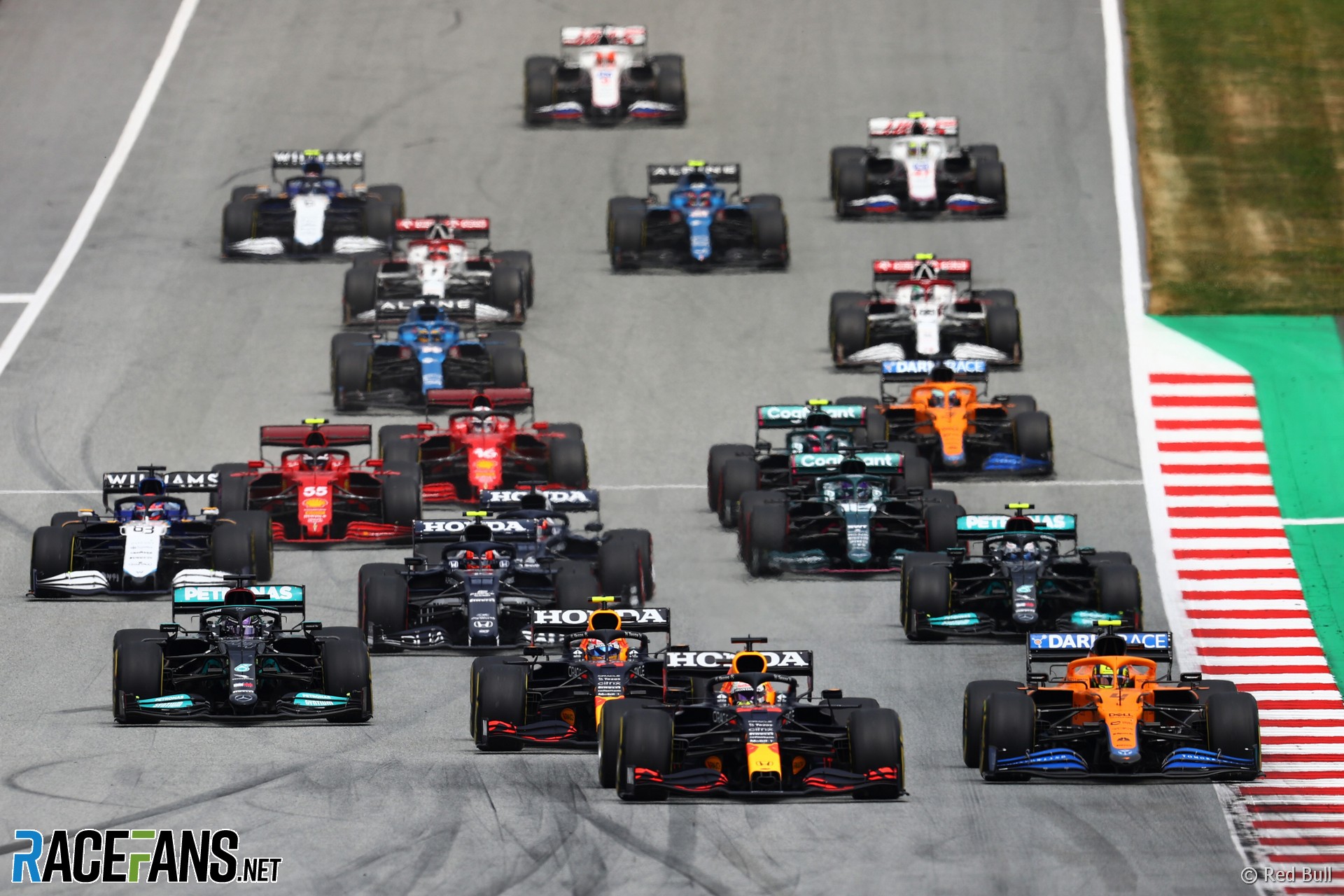 The first Formula 1 world championship was won by Giuseppe Farina with a score of 30 points over seven races.

Illustrating how much things have changed since 1950, next weekend one driver could score 29 points in a single event.

Formula 1’s points system has gone through long periods of stability and occasional bursts of seemingly knee-jerk changes. The addition of Sprint races from next week’s British Grand Prix marks the tenth major change in the 72-year history of the world championship.

When a 21-car field assembled at Silverstone for the first round of the world championship 71 years ago, only the top five finishers were guaranteed to score points.

Eventual champion Farina scored eight points for leading the field home – the same today’s drivers get for finishing sixth – and maximised his haul by adding the bonus point for fastest lap. Behind him Luigi Fagioli, Reg Parnell, Yves Giraud-Cabantous and Louis Rosier took six, four, three and two points respectively for finishing in second to fifth places. Those values remained unchanged for over five decades.

Awarding a bonus point for fastest lap proved a challenge in the days before computerised timing. At the same race four years later no fewer than seven drivers were credited with the fastest lap time, which was measured only to the nearest second. Alberto Ascari, Jean Behra, Juan Manuel Fangio, Jose Froilan Gonzalez, Mike Hawthorn, Onofre Marimon and Stirling Moss were therefore awarded one-seventh of a point each.

In the case of Behra, it was his only score of the season, and he ended the year 26th in the championship with 0.14 points.

The poor reliability of early cars meant points were only offered for the top handful of places. To account for retirements due to car problems, drivers only counted their best scores from a limited number of races towards their overall score. In 1950 their best four scores from seven races counted. The only driver who dropped points that year was Fagioli, who took four second places and one third.

In the fifties it was also commonplace for drivers to share cars during races. On such occasions, they also shared any point scored.

At the boiling hot Argentinian Grand Prix in 1955, local hero Fangio muscled his way to the finish and bagged fastest lap, claiming nine points. In surely the most confusingly-scored race ever, multiple drivers finished in different positions behind him.

Ferrari’s Farina and Maurice Trintignant both claimed shares of second and third places, for a total of three-and-a-third points each – with two of their team mates. Gonzalez was the third driver in second place (scoring two points), while Umberto Maglioli co-piloted the third-placed car (scoring one-and-a-third).

Mercedes trio Moss, Hans Hermann and Karl Kling took fourth, for a point each. Each was out-scored by the driver behind them, Roberto Mieres, another hardy local, who single-handedly brought his car home fifth for two points.

This practice ended from 1958, when race distances were cut from around 500 kilometres to typically less than 400, and drivers were no longer allowed to score points if they shared cars.

In a further simplification of the scoring system, the bonus point for fastest lap was dropped in 1960. For the first time the points system was extended to cover the top six, with sixth place now scoring a point.

However at the first race under the new system only five drivers scored points. Trintignant and Moss shared the third-placed car, so no points were awarded for third place.

The next change yielded Formula 1’s most enduring points system. The value of a win was increased to nine points in 1961, and the ‘9-6-4-3-2-1’ scoring system remained in place for three decades.

After 30 years of consistency, the biggest change in 1991 was not the further increase in the value of a win to a rather more obvious 10 points, but abolishing a quirk of the rules which had persisted since the world championship began.

Only allowing drivers to count their best results from a certain number of races towards the championships seemed increasingly unnecessary as car reliability improved. Moreover, it made for some confusing championship arithmetic, especially when it came to the closing stages of a season.

It also seemed increasingly unfair. In 1988 Alain Prost’s full-season score was 105, but once he had 18 points deducted, he was out-scored by team mate Ayrton Senna. Moreover, had every pointed been counted, the championship would have been decided at the final race, instead of the penultimate round.

The ‘dropped scores’ rule had to go, and since 1991 every driver has counted every result towards their finishing position.

Michael Schumacher dominated the 2002 season, clinching the title on July 21st, the earliest it has ever been won. It prompted a knee-jerk rules change for the following season.

This was reflected in the points standings the following year: The championship wasn’t decided until the final race, despite Schumacher winning six races to rival Kimi Raikkonen’s one. Schumacher hit back the following year though, winning 12 of the first 13 races, and pocketing the title in August with four races to spare.

While reducing the value of winning was a debatable move, extending the scoring system to cover more cars as reliability improved was a sensible move. With the field expanding to 24 cars for 2010, points were further extended to cover the top 10, but this time with a corresponding increase in the value of winning.

While the value of a win was set at 25 points, second place was initially pegged at 20. This was later lowered to 18, making the gap between winning and finishing runner-up closer in relative terms to what it had been prior to 2003.

This was a step in the right direction, yet the ever-improving reliability of cars means it is not uncommon for half the field to finish the race yet score no points, as happened in France three weeks ago.

Formula 1’s sudden announcement that it would award double points for the final race of the 2014 season was met with howls of criticism from fans. The unfair and artificial means of prolonging the championship fight was widely derided.

But as championship leader Lewis Hamilton arrived at the Yas Marina finale with a 17-point lead over Nico Rosberg, double points didn’t extend the title fight. And when Rosberg dropped back with car trouble it became immaterial.

The rule was dropped the following year. However other series, such as IndyCar, retain similar regulations.

Almost six decades after it was dropped, the bonus point for fastest lap was reintroduced, to bemusement and indifference among drivers. it would, they pointed out, inevitably lead to drivers making extra pit stops at the end of races to claim the additional point.

While top Formula 1 figures have described the change as a success, it’s hard to make a case that it’s materially improved the racing. If anything, it seems a distraction from it.

The latest points change is more controversial. In 2021 three rounds will include extra, short ‘Sprint’ races on Saturday which will award extra points – as the ‘double points’ system did, although not as many. The top three in the Sprint race will score three, two and one point respectively.

Nonetheless, it has increased the maximum total score available per weekend, for these races only, to 29. Will any driver achieve the sweep of Sprint race win, grand prix win and fastest lap necessary to do that? And is F1’s latest addition to its points system a change for the better?

We’ll find out starting next weekend.