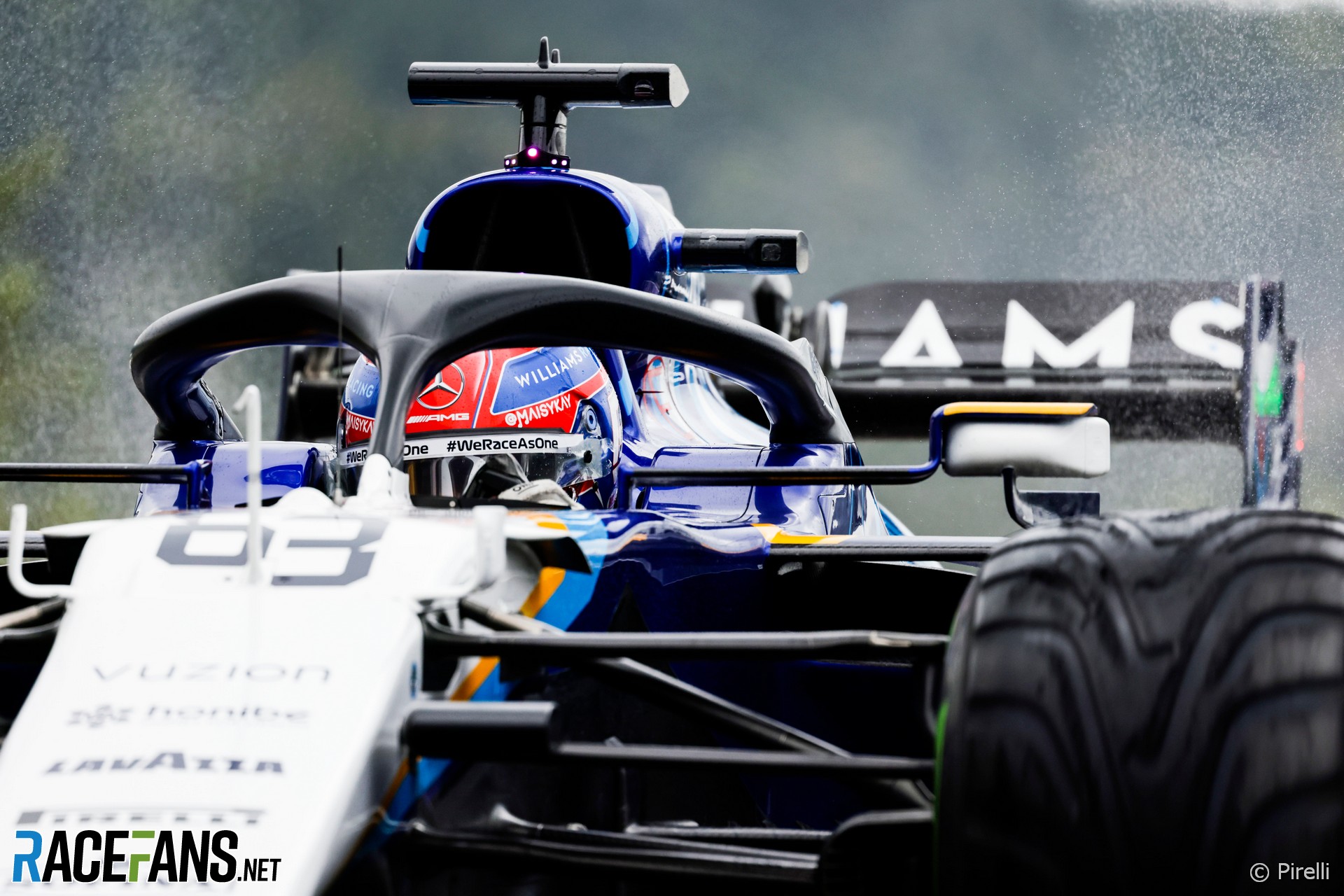 Fresh from a four week reprieve from racing, the F1 paddock could be forgiven for hoping for a typical, straightforward race to ease them back into a groove before the second half of what is still scheduled to be the sport’s most heavily-populated calendar ever.

Instead, the notorious microclimate around the Spa-Francorchamps circuit has conspired against the ten teams and 20 drivers to present them with what looks like being one of the most challenging Sundays they’ll likely endure throughout 2021.

While there’s already plenty of intrigue heading into the Belgian Grand Prix as it is, the more than 80% chance of rain at the circuit for the 3pm local start time could prove a major wildcard that leads to a chaotic afternoon for the field.

At the sharp end of the grid, Max Verstappen has given himself the best chance possible of turning his championship fortunes around by taking pole position. After scoring only five points in the last two rounds and being faster than rival Lewis Hamilton over the opening two days of this weekends, Verstappen knows that he has the power and the opportunity to head into his first home grand prix next weekend with the championship lead once again.

The driver alongside him, however, is one who is likely to be a most curious element in the race – especially should the rain indeed fall as expected.

Starting from a remarkable second on the grid, George Russell may be a Williams driver, yet Mercedes will be very happy to have him within reach of Verstappen at the start of the race. After his infamous accident with Valtteri Bottas in Imola back in April and a rather uncomfortable conversation with Toto Wolff, Russell said he had realised that despite not sharing the same car as the factory Mercedes drivers, he needed to treat them more cautiously while on the circuit.

“Lewis and Valtteri are team mates to me of sorts,” Russell had said after reflecting on his Imola crash. “I am in this position because of Mercedes.”

Russell’s desire to achieve a good result for his current team is undeniable and he may very well attack Verstappen at the start if the gap is there to be taken, but with Hamilton and Mercedes’ championship lead vulnerable to Verstappen and Red Bull, it’s also likely that Russell will not want to hold up Hamilton too much, should he find himself exiting La Source ahead of the current championship leader.

The other side of the coin for Mercedes is their second driver, Bottas, is starting from a lowly 13th on the grid – a result of taking too much temperature out of his intermediate tyres on his final Q3 run compounded by a five place grid penalty for his botched braking in Budapest.

Despite starting deep in the field, Bottas still eyes a top three finish thanks to a low downforce solution for the weekend that should allow him to pick off the cars ahead during the race.

“We should have an advantage on the straights to most cars,” says Bottas. “I hope at some point tomorrow it’s going to be dry and it will help overtaking.”

Bottas could well start near another driver out-of-position – Lando Norris. Depending on the required repairs to Norris’s McLaren overnight following his ugly end to qualifying into the Raidillon tyre wall, Norris may well fall five places on the grid to line up 14th, just ahead of Bottas. That’s if he only needs a gearbox change, and not more drastic repairs to his McLaren.

With Norris arguably having been as good at extracting the maximum from his car this season as anyone on the grid, we can expect to see the orange McLaren navigate its way up through the field no matter the conditions. And should Norris be forced to start from the pitlane, then at least he will have the benefit of adjusting wing levels to best suit whatever conditions Spa may bring for the start of the race.

But assuming the race requires the use of wet weather tyres at some stage, the most critical factor for all the drivers will be to keep the temperamental Pirelli wet and intermediate tyres within the notoriously narrow operating window. Bottas and Hamilton demonstrated the difficulties caused by failing to generate enough energy into the tyres in Q3, while Fernando Alonso blamed his Q2 exit on overheating his inters after rushing to reach the timing line to begin his final lap before the chequered flag.

As the track conditions can change constantly around various corners on the Spa circuit, there’s a clear risk of Safety Cars, Virtual Safety Cars and even red flag stoppages and restarts potentially throwing all strategy out of the window and meaning drivers and teams will simply have to react.

But on Saturday evening the official FIA weather forecast stated the chance of rain for the race was over 80%.

“If it’s a wet-dry race… it’s all up in the air,” Budkowski continued. “You could do a whole race on an inter if it’s wet, but if it’s drying they go away very quickly. So it could be a quite interesting race tomorrow if the conditions are wet-drying-wet-drying.”

Which team may hold an advantage in mixed conditions? Red Bull.

“Both drivers have managed to retain a set of inters,” revealed Christian Horner on Sky after qualifying during another downpour. “I think we’re the only team in the top 10 to have that. So if it’s like this – more ‘summer’ conditions – tomorrow, then at least we’ve got something up our sleeve.”

Will Verstappen reclaim the championship lead from Hamilton? Could we see another shock winner? And what can Bottas and Norris salvage from their compromised starting positions?