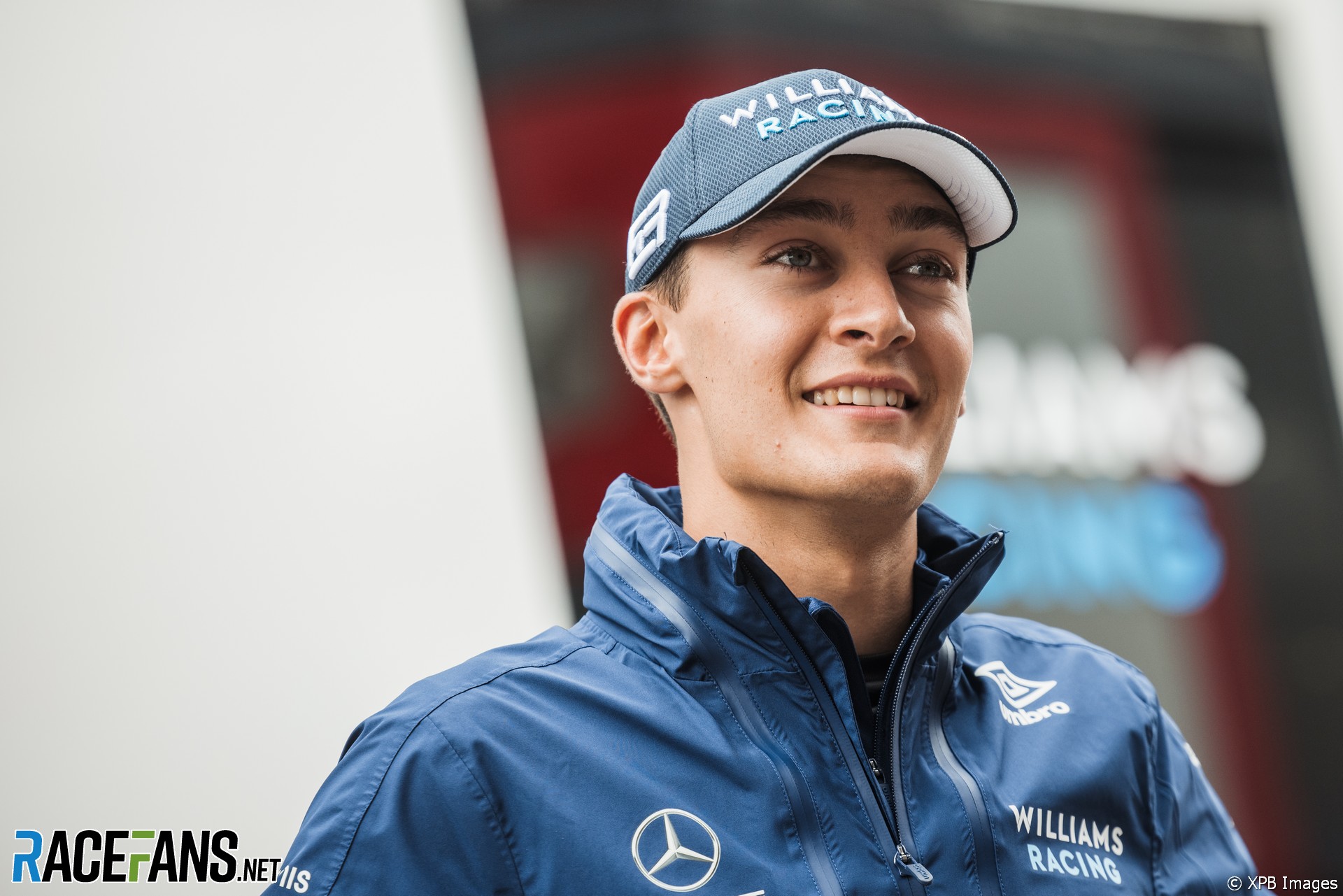 With the long-awaited confirmation that Valtteri Bottas will not remain at Mercedes next season, the next move in the Formula 1 driver market will surprise few.

The identity of Lewis Hamilton’s next team mate at Mercedes has been long rumoured, and a formal announcement is expected in the near future.

Following a series of excellent performances for Williams, and a stunning one-off outing for Mercedes last year as substitute for an unwell Hamilton, George Russell is due to be confirmed as Bottas’ replacement.

Russell was appointed to Mercedes’ young driver programme at the beginning of 2017. The 18-year-old famously impressed team principal Toto Wolff with his professional approach, giving a presentation on his career so far using Microsoft Powerpoint.

He had an excellent pedigree in karting, where he was crowned CIK-FIA European KF3 champion in 2012. Russell then took the BRDC Formula 4 title on his graduation to cars in 2014 and impressed in the Formula Renault Eurocup. Once Mercedes took him under their wing, Russell delivered the results they demanded, claiming the GP3 (now Formula 3) and Formula 2 championships in consecutive seasons.

That paved the way for a Formula 1 debut with Williams the following year. Although he struggled to impress in the woeful FW42, he out-qualified Robert Kubica every time out. He did the same to Nicholas Latifi the following year.

But Russell’s stand-out moment came when he landed the opportunity to stand in for Hamilton at the Sakhir Grand Prix. Crammed into the ill-fitting cockpit of a car he had never driven, Russell came within three hundredths of a second of beating Bottas to pole, passed his team mate at the start to lead the race, and was on course to win it until the team fitted an incorrect set of tyres to his car during a hasty pit stop.

The quality of Russell’s performance inevitably fired speculation Mercedes would move Bottas aside for him sooner rather than later. At last weekend’s Dutch Grand Prix the plan became an open secret. Red Bull team principal Christian Horner made a point of complimenting Russell on his new deal while the Williams driver was conducting a television interview. Even Wolff publicly referred to an upcoming vacancy at Williams, without specifying exactly how it would arise.

But the clearest indication of the impending change came from Russell’s future team mate. Hamilton has loyally supported Bottas, with whom he has enjoyed a productive and far more benign relationship than his predecessor Nico Rosberg. But at Zandvoort, while still giving credit to his current team mate, Hamilton spoke far more warmly about the driver who is set to join him.

Hamilton described Russell as “an incredibly talented driver” when RaceFans asked the reigning champion how he envisaged a working relationship with the 23-year-old, singling out his “amazing” performance in the rain-hit qualifying session at Spa. Likewise, Russell has been unstinting in his praise of Hamilton.

All that’s left to come now is the formal confirmation that they’ll square up against each other next year.