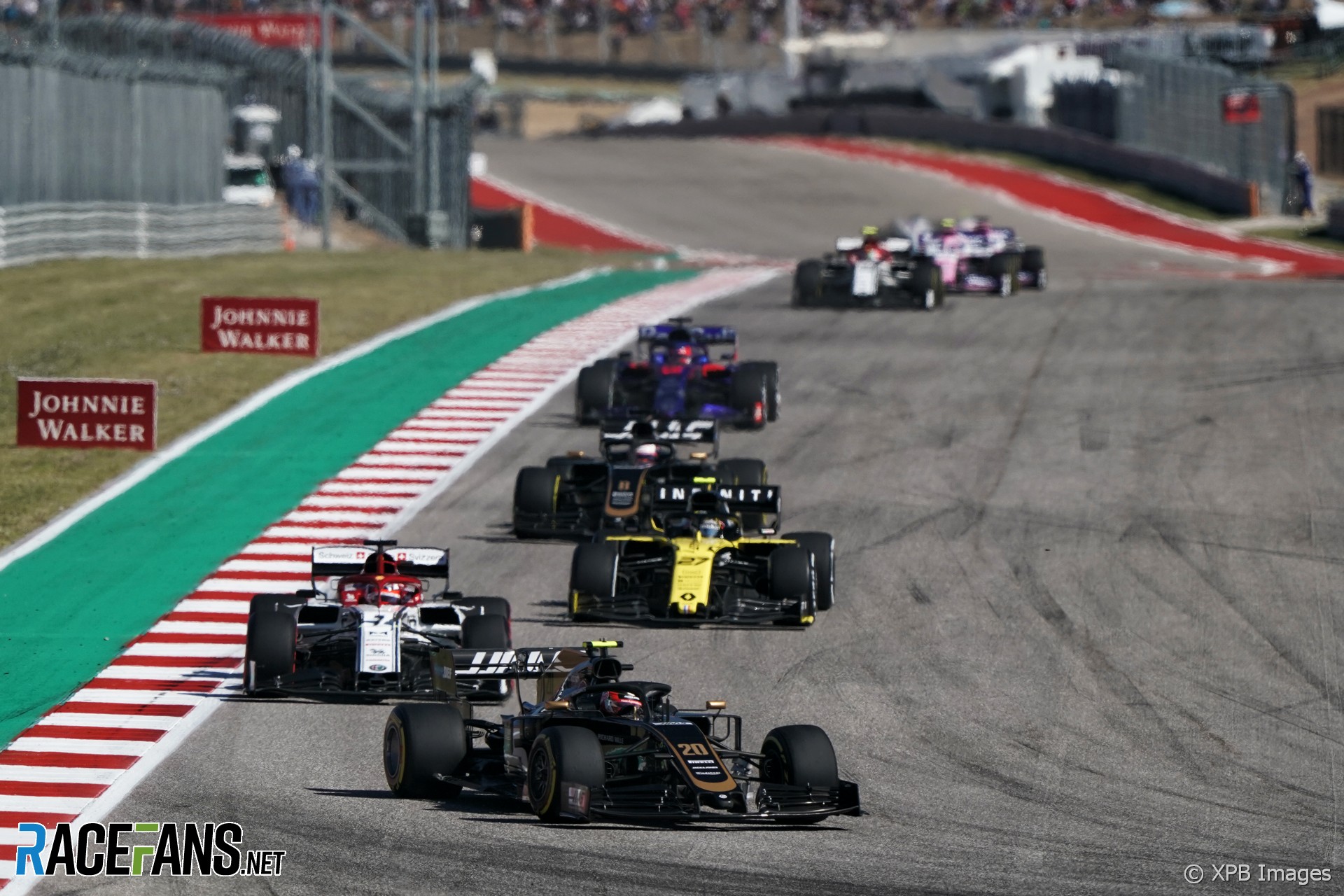 More work is being done at the Circuit of the Americas to ease the bumps which have been a persistent problem at the next venue F1 will visit.

Several Moto GP riders complained about the bumpiness of the track surface during its recent round at the venue, particularly on the straight between turns 11 and 12. Formula 1 race director Michael Masi described the work being done at the track ahead of next week’s grand prix, which will be its first since 2019.

“I was on the phone to FIM [Fédération Internationale de Motocyclisme] colleagues all weekend whilst they were in Austin to get a true understanding of the entire situation,” said Masi. “Since the 2019 F1 event a large part of the circuit was resurfaced to counter some of the issues that we saw. The areas that were raised by the bikes is different areas to those were resurfaced.

“Tony Cotman, who is one of the FIA circuit inspectors who was previously Champ Car/IndyCar race director, who is in the US, has been out to Austin already during the week, done a report and the circuit are doing some changes for us to address some of the concerns.”

The circuit first held a round of the world championship in 2012 but its surface has become increasingly bumpy since 2015. That year both Williams cars retired from the race due to suspension failures which the team linked to bumps at turn 11 on the five-and-a-half kilometre track.

The track owners ground the track’s surface in 2016 and 2017 to make it smoother, but drivers continued to raise concerns over the problem. Red Bull replaced the rear wing on Max Verstappen’s car on the grid before the start of F1’s last race at the track, having spotted a crack they believed was caused by bumps. Sebastian Vettel’s retirement from the race with suspension failure was also blamed on the punishment dealt out to cars by circuit.

Following next week’s United States Grand Prix Masi will conduct an inspection of the Losail International Circuit which is due to host the first Qatar Grand Prix next month. Despite the short time available to complete work since the announcement of the race last month, some alterations are being made to make the bike-focused venue more suitable for F1 cars.

This includes revising the pit lane entrance, which currently branches off the main start/finish straight at the exit of a corner F1 cars will tackle at high speed.

Changes to the circuit’s kerbing will also be made to discourage F1 drivers from cutting corners and running wide. “There’s a number of double kerbs that have been installed,” said Masi. “The circuit is ostensibly a bike circuit, so [we’re adding] apex sausages so people don’t cut corners on the inside, double kerbs on exits.

“As well, there’s a significant number of barrier upgrades with regards to TecPro and tyres around the entire venue. But the pit lane entry is probably the biggest actual track change.”