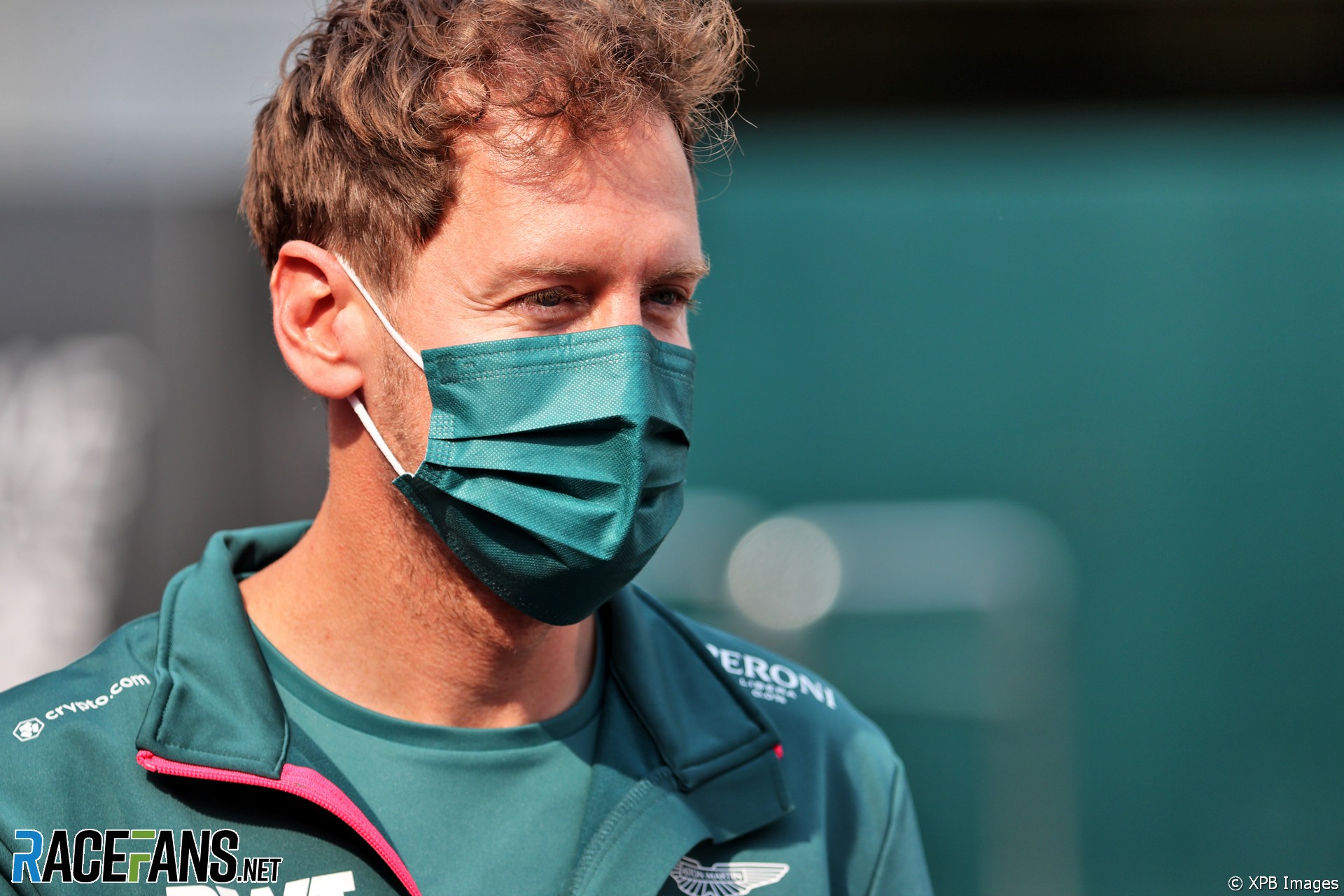 Sebastian Vettel says his former team Red Bull should allow Sergio Perez to win his home race this weekend if he has the chance.

Perez could become the first Mexican driver to win their home event on Sunday. However as he is no longer in contention for the championship Red Bull may instruct him to let team mate Max Verstappen past if the opportunity arises.

Vettel, who famously disobeyed an instruction from Red Bull in the 2013 Malaysian Grand Prix, said he is “not a fan of team orders.”

“There’s two different team orders,” he explained. “There’s the team order that you give way and you get it back in the same race if you are on different strategies and then there’s obviously the team order where clearly one has to get out of the way to make the other one score more points.

“Now, even if maybe the situation is logically very easy to explain, I still think it’s bad and I would be in favour of not having any team orders ever. I think it’s just [that] nobody likes it.”

Perez has seldom led Verstappen on-track this year, and Vettel believes he should be allowed to stay ahead if he gets there on merit. “If Checo happens to be ahead then Checo should stay ahead,” said Vettel.

However he acknowledged Verstappen’s championship rival Lewis Hamilton has benefited from his team mate Valtteri Bottas following team orders on previous occasions. Bottas, who will leave Mercedes at the end of the season, said he is prepared to help Hamilton if the opportunity arises.

“Realistically I’m not in the championship battle anymore and I’m a team player,” he said. “For me it would be important that, as a team, we could get the fifth constructors title together in a row, that will be already quite a big achievement.

“I want to get as many points as I want and if there will be an opportunity in a reasonable way to help Lewis in the fight, obviously, as his team mate, I’ll do it. So I think that’s the mindset and approach, really. So it’s not that different to some races ago.”