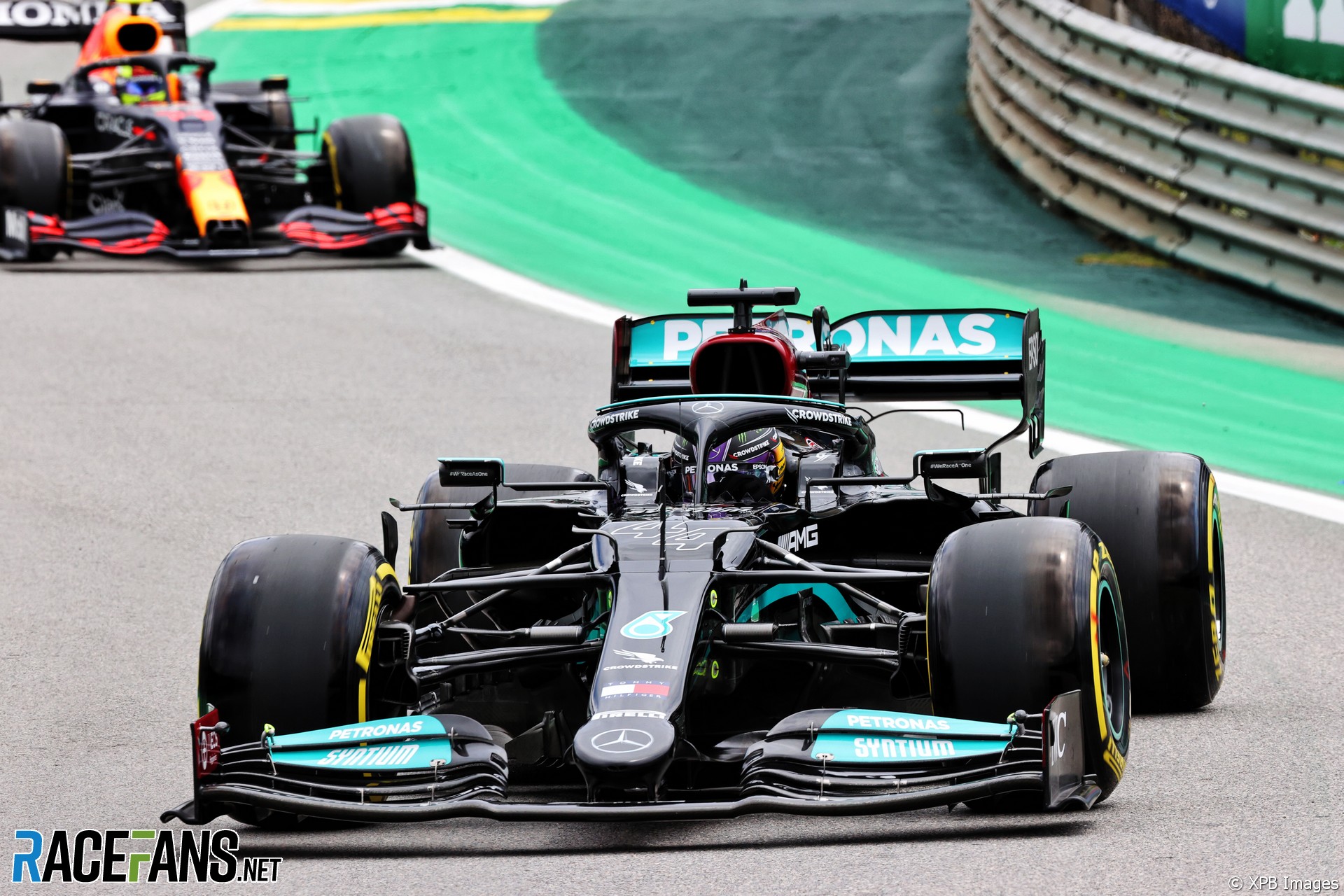 Honda F1 technical director Toyoharu Tanabe admitted that he was surprised how many replacement power unit parts Mercedes have fitted to their cars in the last stretch of the 2021 Formula 1 season.

Lewis Hamilton will take a five-place grid penalty for Sunday’s Sao Paulo Grand Prix after taking his fifth new internal combustion engine (ICE) of the season. Valtteri Bottas is on his sixth ICE of the season.

“Yes, I’m very surprised,” Tanabe said. “They are changing the ICE frequently. So actually, I cannot believe what’s going on, on them. Why?”

“But from the PU manufacturers’ point of view, it’s kind of disappointing to get the PU penalty for the driver.”

“No one knows the future, but [if] there is no unexpected accident or unexpected failure, we have no plans to put another PU to our four drivers,” he said.

Tanabe was also asked if he believes that Red Bull could have gone the whole season with only the allocated number of engines, were it not for the accident between Verstappen and Hamilton at the British Grand Prix.

“So far, our four cars with Red Bull Racing and then AlphaTauri are performing well toward the end of the season.”

“We feel a bit confident, looking back [on] our recent few races, so we keep pushing as usual – and then prepare everything for any type of accident or unexpected situation.”