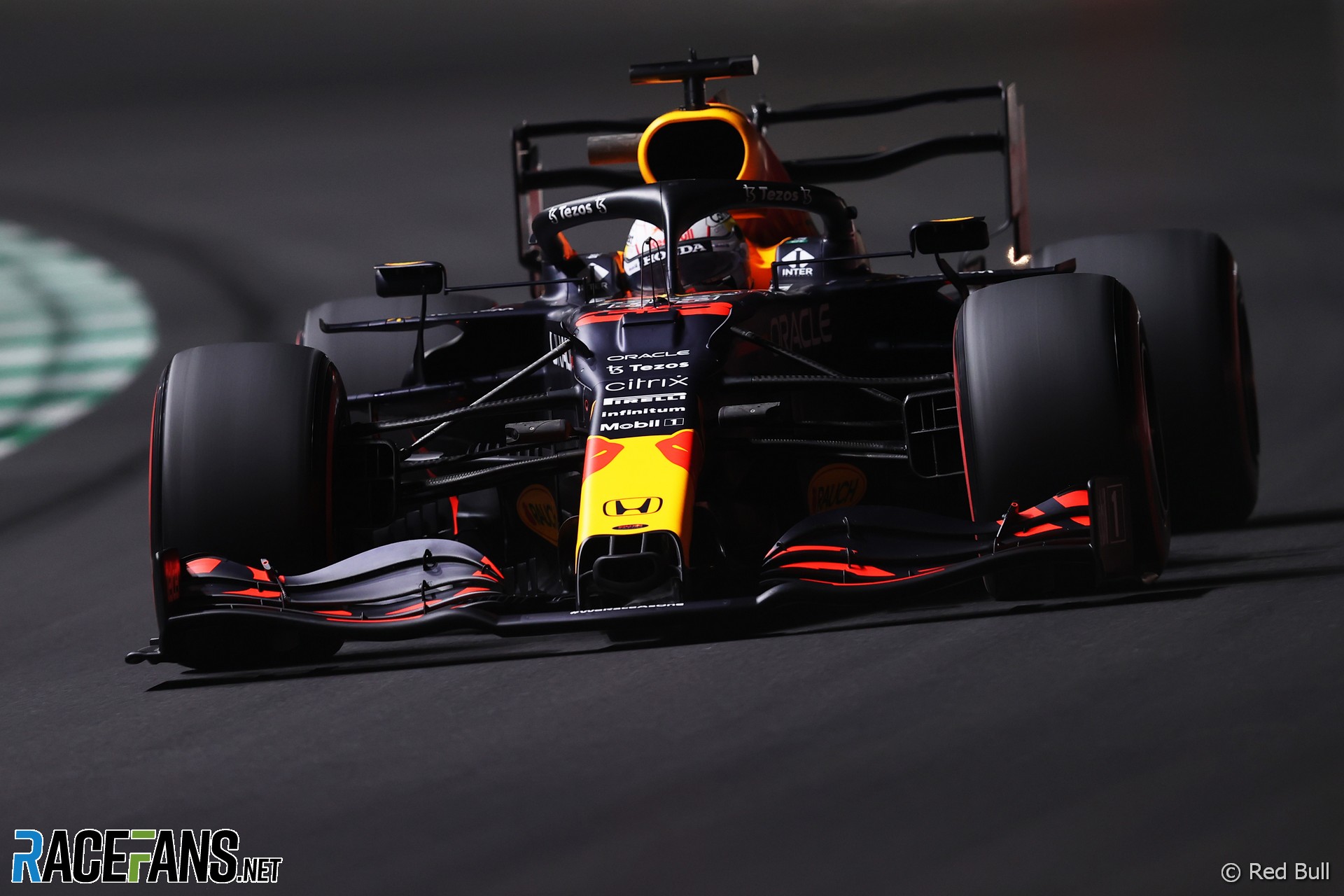 The Jeddah Corniche Circuit has not quite matched the team’s pre-event simulations in one important respect. After their first experience of the track on Friday, several drivers admitted overtaking looks more difficult than expected.

Although passing is seldom easy in Formula 1, as Jeddah boasts three DRS zones overtaking was not flagged by many as a likely problem. But several drivers raised it as a concern after Friday’s two sessions.

Lando Norris said overtaking was “not looking so good at the moment,” in one of the more cautious assessments of any chance of Sunday action. Lance said: “I don’t think it’s great for overtaking, we’re missing a good braking zone to overtake. But it’s got a nice flow to it.”

The harder it looks to improve position on Sunday, the more pressure will be placed qualifying. As with a track like Monaco drivers will be hoping to start as far up the grid as possible and then be able to hold their place during the grand prix. Already grip levels have been better than expected, though for passing to be possible they need to improve off-line as well. The preceding trio of Formula 2 races will make for interesting cases.

With qualifying taking added important, normally soft tyre pace would be at a premium. However, the deltas between individual tyre compounds are very small. Even by Pirelli’s estimate, which looks at the margins across the whole grid rather than specifically those in the top teams, the soft compound only appears to be three tenths of a second quicker than the medium on single-lap pace. The hard compound is then a step back from that, estimated as nine tenths off the soft compound’s potential pace; Max Verstappen set the second-fastest time in first practice on hard tyres.

Pirelli brought the C2, C3 and C4 compounds to Jeddah, which its head of F1, Mario Isola, acknowledged might have been a step too far for the softest compound they’ve brought. “It is not a race tyre,” he observed.

“So I am expecting that if the delta lap time [gap] is confirmed between medium and soft tomorrow, we will see many teams trying to go through Q2 with a medium compound. Also because if they target a one-stop race, probably on paper a soft-hard [strategy] is a feasible, soft-medium is marginal and medium-hard is probably the best combination on one-stop.”

In order to secure the best possible starting places for the race, the front runners may have to focus their set-ups on a tyre they won’t want to run at all on Sunday. Valtteri Bottas, along with team mate Lewis Hamilton, set his best time in second practice on the medium tyres despite a later run on softs. He said the demands of the track were just too much to extract performance from the red-walled tyres.

“The soft, there’s a lot of high-speed corners here, so it’s definitely starting to give up,” Bottas explained. “But it feels like everyone was struggling more with the traffic when they were running the softs, so I don’t think there’s much in it.”

While attempting to coax the soft rubber to withstand a flying lap of the 6.1-kilometre track in qualifying, drivers will also have to contend with the other significant variable: Traffic. We’ve already seen a few near-misses around the fast, narrow, barrier-lined course.

With the new surface likely to improve throughout qualifying, and the performance advantage between different tyre compounds so small, traffic in Q1 could be especially problematic. The teams are going to have to be seriously on top of their games to avoid any run-ins with slower cars, the consequences of which could be serious.

“Qualifying with the traffic is going to be very difficult because every corner is blind,” explained Norris. “It’s not because anyone’s doing anything wrong, it’s just because you can’t see round one corner. Of course, my engineers are trying to give me feedback on there’s five cars waiting ahead and stuff but you also have everyone overtaking you.

“So then they all go ahead and you’ve got eight cars all queuing in the last corner. So it’s probably going to be chaos, as it always is. Maybe here more than other places, which is not going to be good, but it’s part of it.”

Although the grip levels at the track were much better than feared, thanks in part to the use of high-power pressure-jet washing on the newly-laid asphalt as was done at Istanbul for this year’s race, the surface was clearly still improving over the course of practice. It’s possible the curve will flatten at some point, as more rubber is laid down by F1 and support series but drivers are still likely to be playing ‘chequered flag chicken’ to set the final time in any session. That, of course, brings with it the risk of catching a yellow flag, as caused so much controversy in Qatar.

The final factor for teams to perfect before tomorrow is finding the right setup. Sebastian Vettel said that he “got into the rhythm very quickly, so that was good. But in the in the evening we struggled a bit. So obviously you start to try different things and we, you know, had a feel for the car and in the evening, it was a bit more difficult.”

Day and night is enough challenge to work around, at a brand new circuit but there also exists the parc ferme problem of choosing between single-lap pace and race performance. Again, here teams face the question of whether to aim for a good qualifying car or one which works over a race distance. Friday’s running appears to have pushed teams towards the former.

Verstappen, who attacked the new track with such verve from the word go, might sense an opportunity to deny Hamilton pole. It appeared to be on his mind during second practice, when he was offered another opportunity to work on his low-fuel run, but warned that doing so would eat into the time available for a race simulation.

“Let’s go for a double slow[-down lap] but it will compromise our number of laps at high-fuel so it’s up to you,” said race engineer Gianpiero Lambiase. “Yeah, I don’t care,” Verstappen replied, and pressed on.

But his title rival has a useful advantage yet to come. Mercedes are expected to switch to his fresher, more powerful engine when the serious action begins on Saturday.