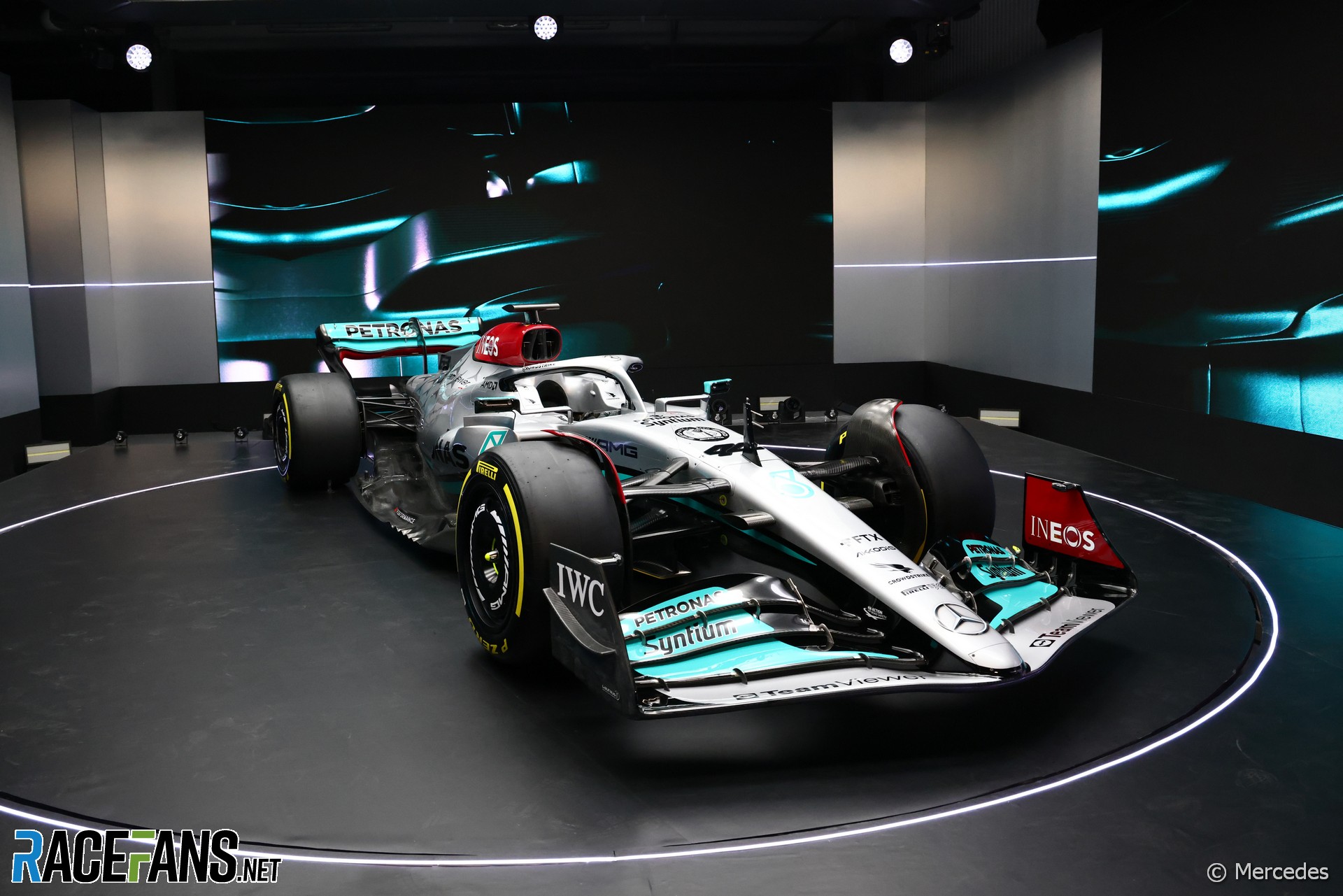 Mercedes has revealed the first images of its W13, its new car for the 2022 Formula 1 season.

The team which has produced the constructors’ championship winning car for the last eight years in a row presented its interpretation of F1’s radical new regulations. The W13 was presented in a revised livery, Mercedes having switched back to the silver colour scheme which it used until 2019, as had been tipped pre-season.

The W13 will be driven by Lewis Hamilton, who will again pursue an eighth world championship title following his narrow defeat at the end of last season, and new team mate George Russell. The former Mercedes junior driver moves up to the team after three years at Williams.

Team principal Toto Wolff is confident they have met the challenge posed by the drastic change in regulations for the 2022 season.

“We did pretty well during the last big regulatory change into the hybrid era and performed well when we went from the narrow to the wide cars in 2017,” he said. “While we have a good track record, my message is clear: we can’t rely on past success for this year’s performance, but we can rely on our people, our culture, our structure, and our mindset to do the best possible job for 2022.”