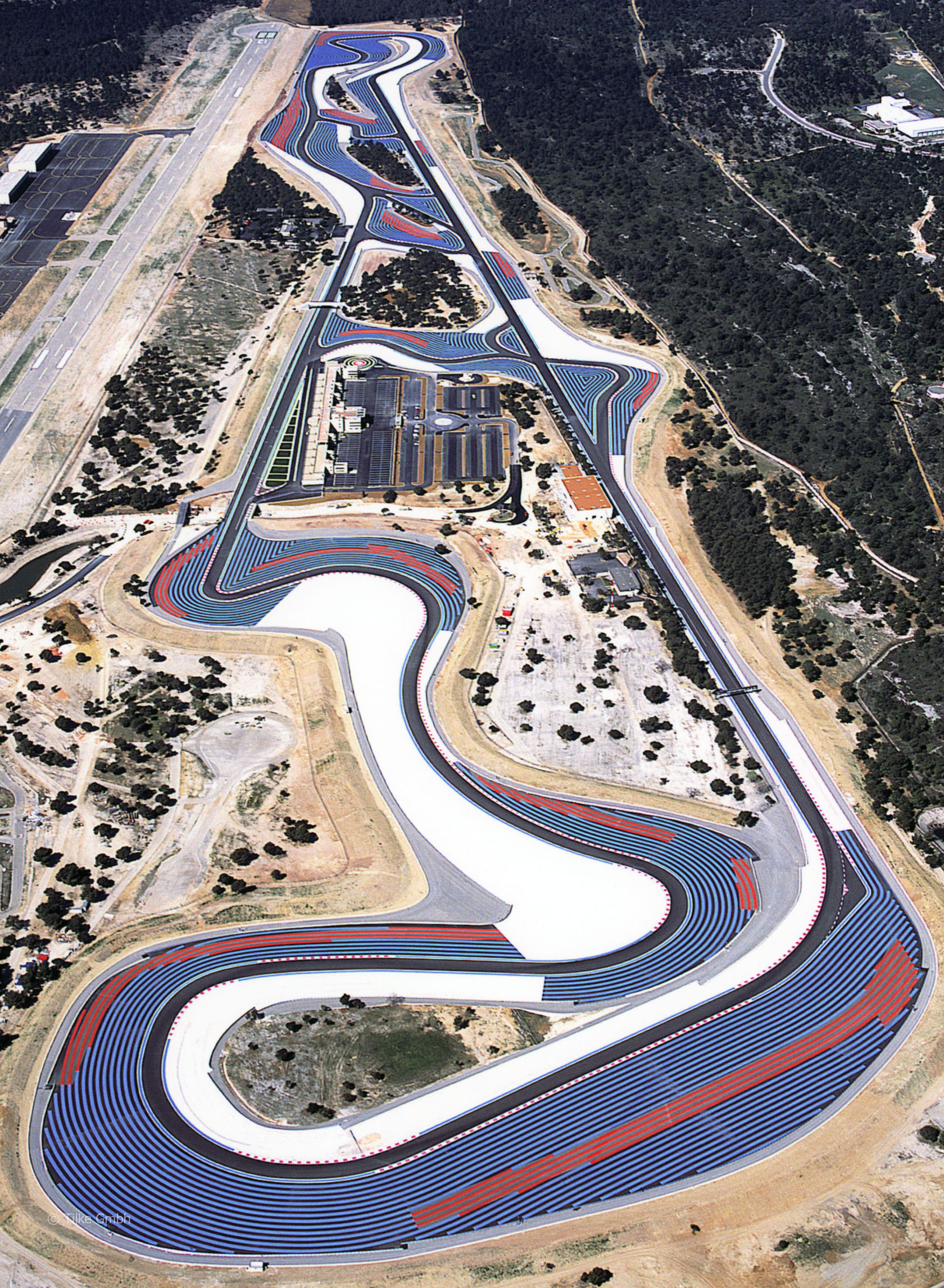 The Paul Ricard circuit is expected to return to F1 in the near future as the French Grand Prix is set for a revival.

Formula 1 races have been held on two different versions of the track before. The original 5.8km (3.6-mile) track used was until 1985 and after that a shortened 3.8km (2.4-mile) version held the French race until 1990.

The circuit has been extensively renovated since F1’s last race there in 1990 and now boasts a staggering 167 different configurations, all of which can be seen in this document (PDF) on the circuit’s website.

A race could be held on a different variation of the track every season until the year 2180 – so far into the dim and distant future it’s possible Bernie Ecclestone may no longer be with us by then.

However some of these layouts are completely unsuitable for F1 – such as the sub-1km loops which don’t include the pit straight. And it’s much more likely F1 will pick a configuration and stick with it.

But which one? Here’s a few of the more likely and interesting options.

This track is the closest to the original Paul Ricard circuit currently available. It includes the high-speed Varrerie S-bend at the start of the lap and the flat-out Mistral straight leading into the famous Signes corner.

Using the longer version of the track without a chicane in the Mistral straight would encourage teams to use more low-downforce set-ups – something which is seen at very few F1 tracks these days.

This is a very similar configuration to the first one, but with a slightly slower version of Varrerie.

The European Le Mans Series used this configuration for their race earlier this month.

Though it would be spectacular to see F1 cars tackling the entry to Signes at over 200mph, some consideration is being given to using one of the chicanes to interrupt what would otherwise be a flat-out 1.1-mile blast.

This would be unfortunate as recent experience at Abu Dhabi has shown that placing chicanes in the middle of straights is not a good way to promote overtaking.

Daniel Ricciardo and Jean-Eric Vergne are familiar with this configuration – they raced on it in last year’s Formula Renault 3.5 meeting.

An alternative to using the chicane in the Mistral could be to return to the shorter track configuration which F1 used from 1986 to 1990.

We could expect an F1 race on the shorter track to have some of the qualities of the Brazilian round of the championship at Interlagos – a close grid thanks to the short lap length, and leaders kept busy lapping traffic.

It would also have the most laps of any race on the calendar today – 81 – which would be good news for spectators.

Version 2A is similar to this track but slightly longer at 4.087km (2.54 miles). I have suggested 3A as it is closest to the last version of the track F1 raced on.

Potential distances of an F1 race on each track based on their lap lengths. F1 races must run to a minimum distance of 305km (189.5 miles). Monaco is an exception to this rule, running to a length of 260km. The likelihood Paul Ricard’s return to the F1 calendar will come partly at the expense of Spa-Francorchamps is very disappointing.

But that shouldn’t dampen our enthusiasm for seeing F1 cars return to a track they first raced at over 40 years ago.

The race organisers have indicated they would like to hold the race on the longer track. This only makes sense if they intend to use the full Mistral straight without the chicane.

Using the chicane would defeat the point of having the straight there and discourage teams from running their cars in low-downforce trim, which would distinguish the track from many of the other venues on the calendar today.

If it isn’t possible to run the full-length track without the chicane, then they should use a shorter configuration such as 3A.

A race on a busy track with a high number of laps – with lap times potentially dipping under 60 seconds – would make for a worthwhile break from the norm. Which is something the increasing homogenous F1 calendar badly needs.

You say: Which circuit should they use at Paul Ricard?

Which of the options above do you think would work best for F1’s return to Paul Ricard? Or should they use one of the 163 other variations of the Le Castellet track?

Which of Paul Ricard's 167 tracks should F1 use?