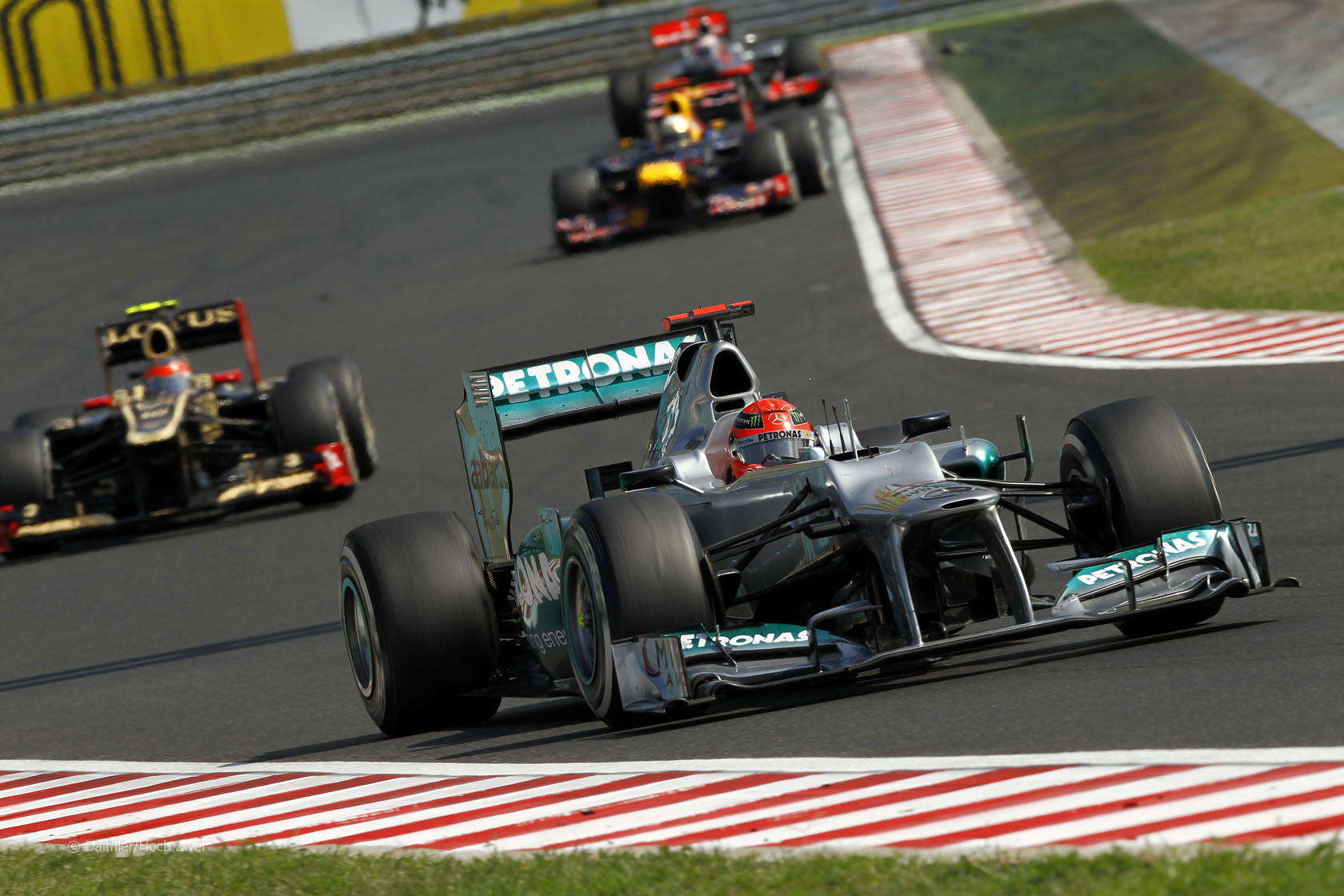 The first part of Raikkonen’s race was compromised as he fell behind Fernando Alonso. But when Alonso pitted after 17 laps the Ferrari driver got stuck behind Sergio Perez.

This was good news for Raikkonen as he was able both to stay out longer, playing to the Lotus’s tyre-preserving strength, while gaining position over the Ferrari.

The benefits of this extended into his second stint, allowing him to run for an extended period in clear air, catching the leaders while not stressing his tyres too much in the turbulence of others. The lap times chart below shows he was the quickest driver on the track for ten laps between lap 25 and lap 39.

The front-runners generally made their second pit stops slightly earlier than they needed to, cover each other’s pit stops. Raikkonen, with no pressure from behind to begin with, was able to carry on much later than the rest.

Some might interpret this all as Raikkonen being lucky, but really it’s just an example of how having a quick car underneath you automatically gives you more strategic options.

Where Raikkonen was rather fortunate was that Alonso also decided to stay out late, and held up Grosjean and Vettel who came out of the pits behind him.

If this was partly a tactical move by Ferrari to delay one of Alonso’s foremost championship rivals it was a shrewd one. But more likely he was just concerned about not running out of tyre life close to the end of the race, which has been a problem for him in recent races.

Grosjean was vexed even further by Michael Schumacher: “I got stuck behind Michael who didn?óÔéĽÔäót respect the blue flags at all which cost me a lot of time.

“Because of this I lost a place to Kimi, and at the same time a possible chance to fight for the win.”

Given how tight it was between the Lotuses when Raikkonen came out of the pits, a few tenths of a second might have made the different between Grosjean keeping and losing second.

One interesting question is whether Lotus would have left the positions like that, or ordered Grosjean to let his team mate, with six-lap fresher tyres, pass him.

Sebastian Vettel set the fastest lap of the race while trying to catch Grosjean after his third pit stop: