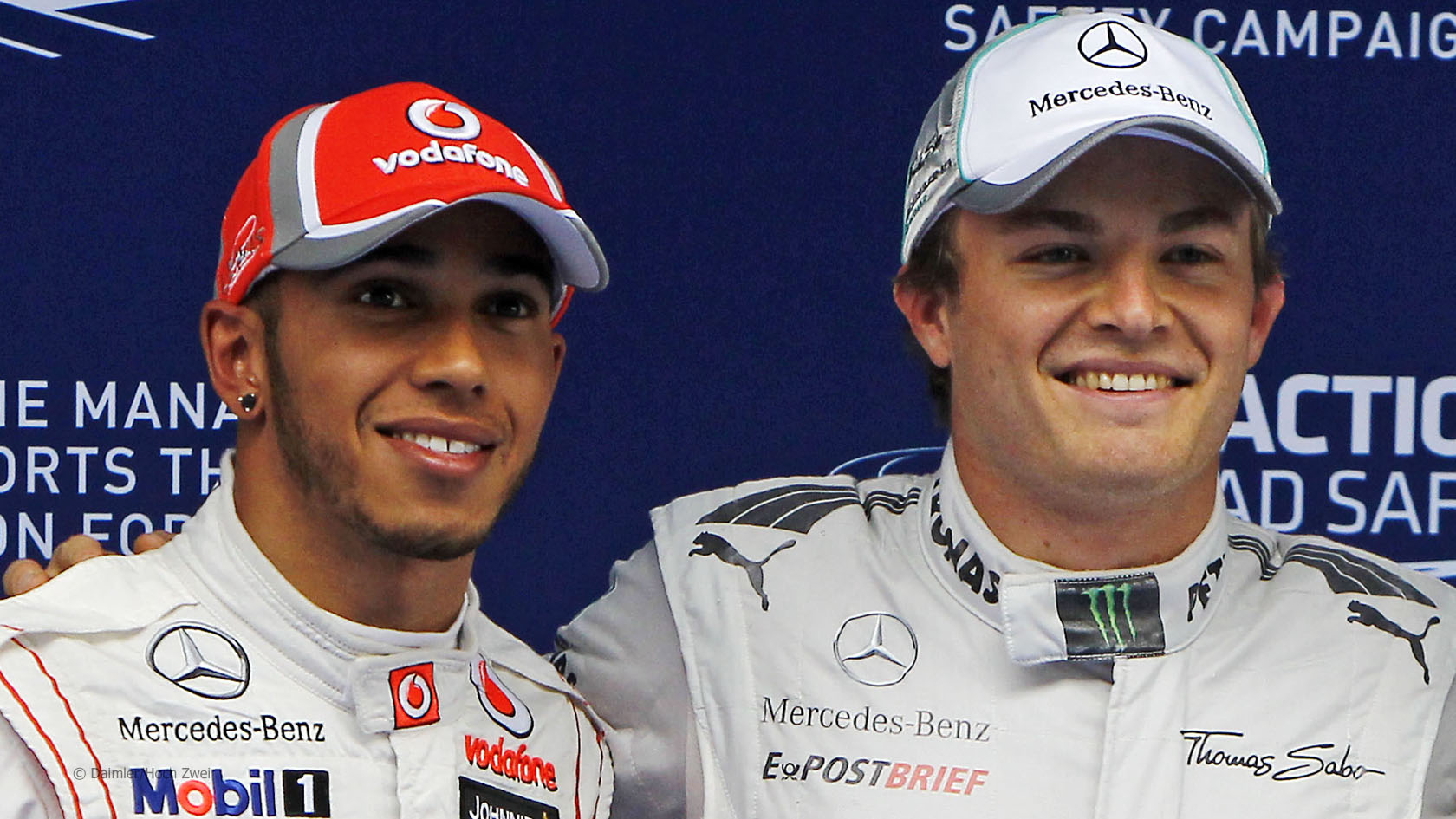 It’s rare to hear F1 drivers speak candidly about their rivals. But while being interviewed at the Paddock Club during the Singapore Grand Prix weekend Lewis Hamilton gave some frank views on who are his toughest adversaries on the track.

Speaking before his contract to drive for Mercedes alongside Nico Rosberg was announced, Hamilton described his 2013 team mate as “pretty easy” to race against.

“Although he did push me off the track in Bahrain this year,” he added.

Hamilton and Rosberg previously drove together in karts during 2000, when they both raced for Team MBM.com (Mercedes-Benz McLaren).

Hamilton was less equivocal about some of his other rivals. He referred to Mark Webber, who Hamilton said “crashed into me a couple of years ago here, took me out of the race, so I have to be very careful when it came to him”.

He also admitted to taking extra care with Michael Schumacher, who “tried to put Rubens Barrichello in the wall a couple of years ago” in the 2010 Hungarian Grand Prix.

But Hamilton admitted it was a particularly thrill to take on Schumacher, who he is replacing at Mercedes next year: “The most exciting one is is if you ever have the opportunity to overtake Michael, you know, he’s a seven-time world champion, so if you get past him you think ‘wow, I just overtook a guy I was watching on TV while I was growing up’. That’s quite neat.”

62 comments on “Hamilton on racing Rosberg: “He’s pretty easy… although he did push me off the track!””