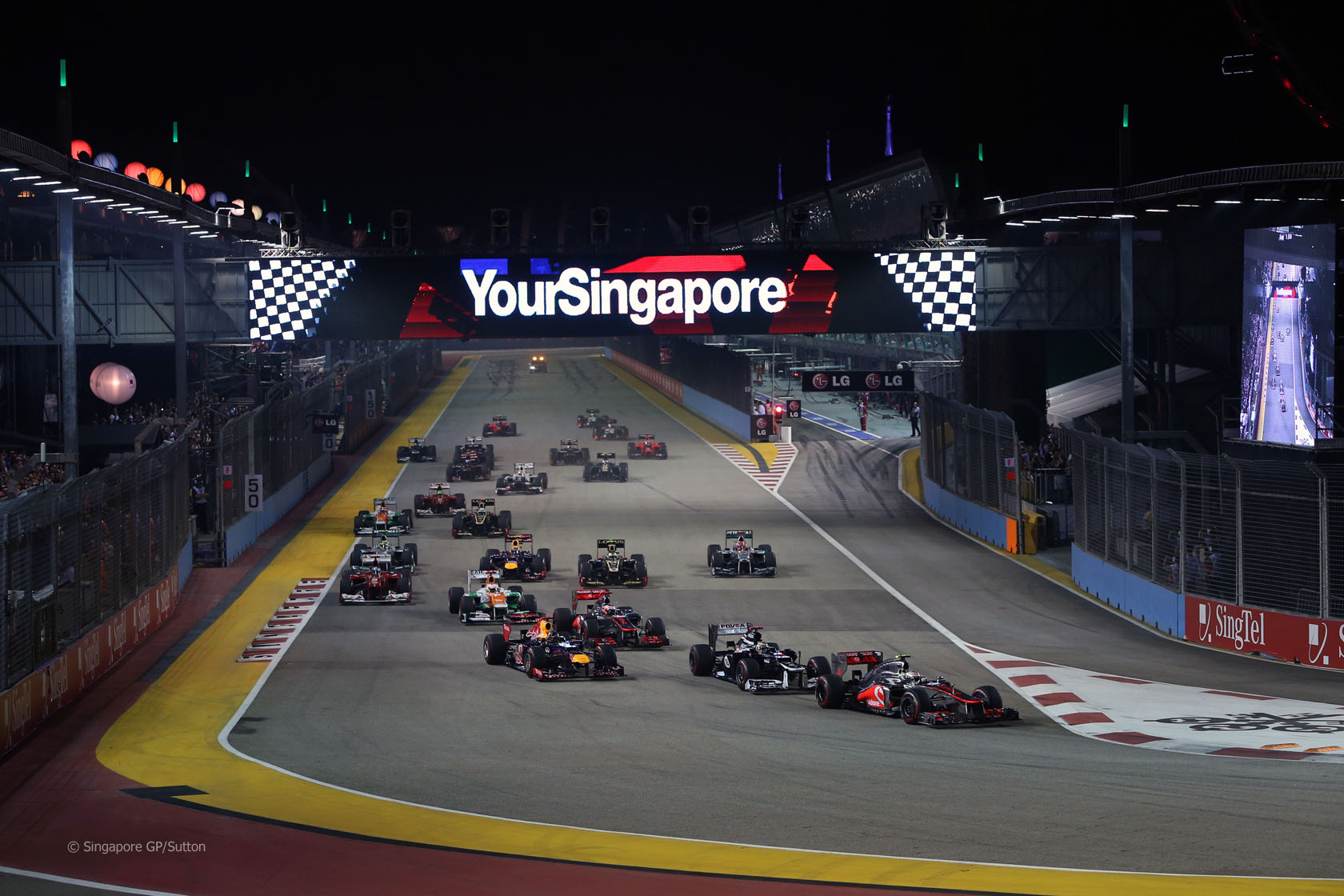 An average rating of 5.9 out of ten meant the Singapore Grand Prix ranked among the least exciting races of the season so far.

The Singapore Grand Prix was rated third from bottom ahead of the Monaco and Hungarian events. Nor did it compare well to other Singapore Grands Prix.

For some, Hamilton’s retirement ended the prospect of a contest for first place:

The race died as a spectacle when Hamilton retired. He and Vettel were a long way ahead and we were deprived of a good battle between them at the front.
Debaser91

However, others enjoyed what the Marina Bay provided:

Seven out of ten. I found the race interesting and I never got bored. For a track like Marina Bay, this was a good race.
Slr

Why is everyone saying boring? The race was full of drama, battles and tension. I enjoyed the race despite being disappointed in the result.
Yorricksfriend

The first part of the race was a procession. After the safety car things got better, and we could watch some really nice wheel-to-wheel battles.
PedroCosta

The race was ended two laps early when the time limit was reached. This left some wondering whether the race should be shortened:

An unnecessary duration for an extremely boring race. Please make the race shorter, no driver can race there.
Dimitris1395

The Grand Prix was pretty dull, and two hours is quite a long, long time.
Fer no.65

Xivizmath believes Formula 1 should look to other motor sport classes for the solution:

I think shortening races in general would be a huge benefit for Formula 1. Or even having two races per round like WTCC or World Superbike.
Xivizmath

It wasn’t just the viewers who here left hoping for more. Kimi Raikkonen complained about the difficulty of passing on his radio after the race:

Raikkonen was just saying it?óÔéĽÔäós boring because you can?óÔéĽÔäót overtake. Well, other people managed to (and by no means all under DRS).

Hamilton’s retirement stripping us of an interesting battle and too long under safety car the only negatives for me.
SimBri