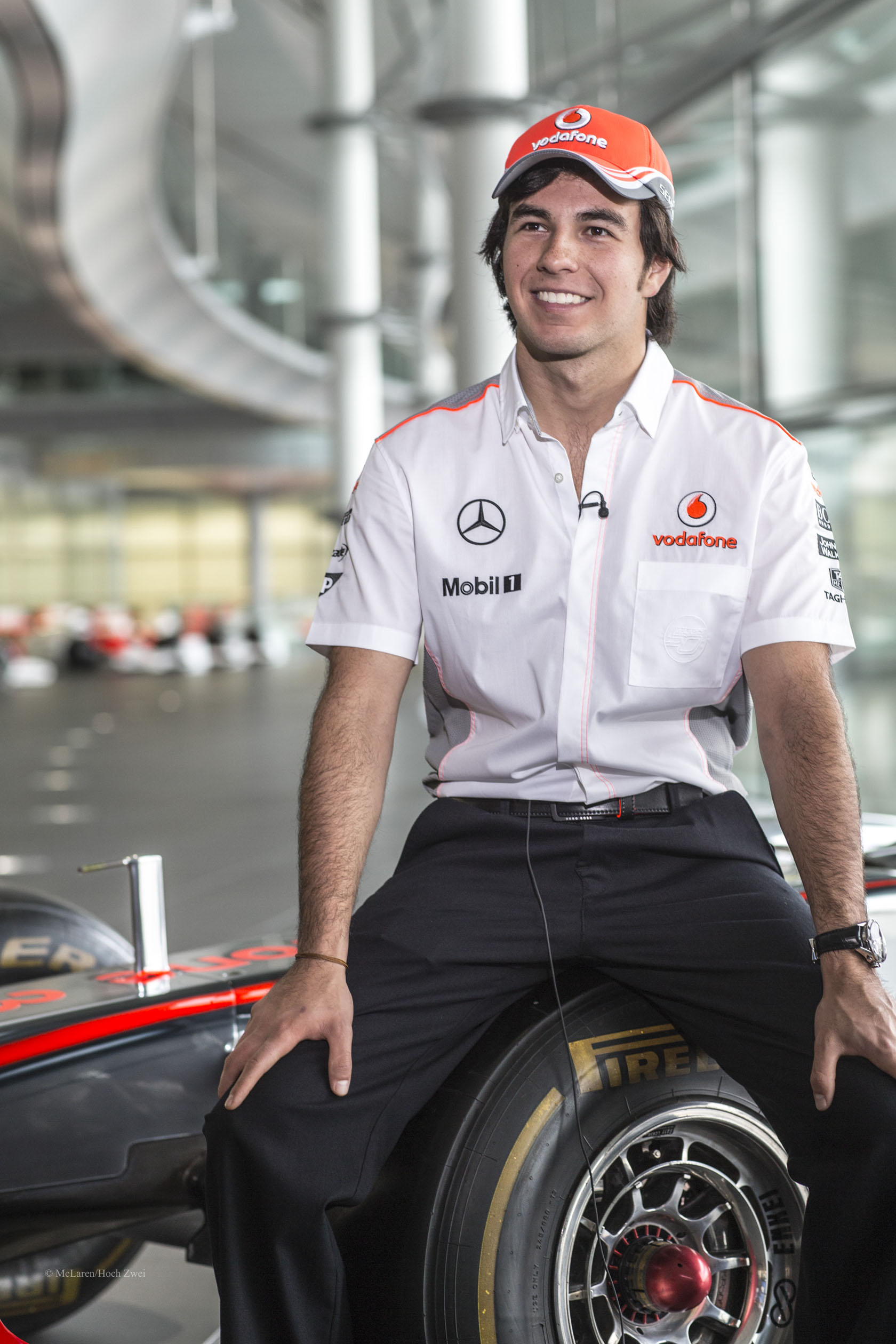 Sergio Perez has made his first official appearance as a McLaren driver today.

Perez met members of the media at the McLaren Technology Centre in Woking.