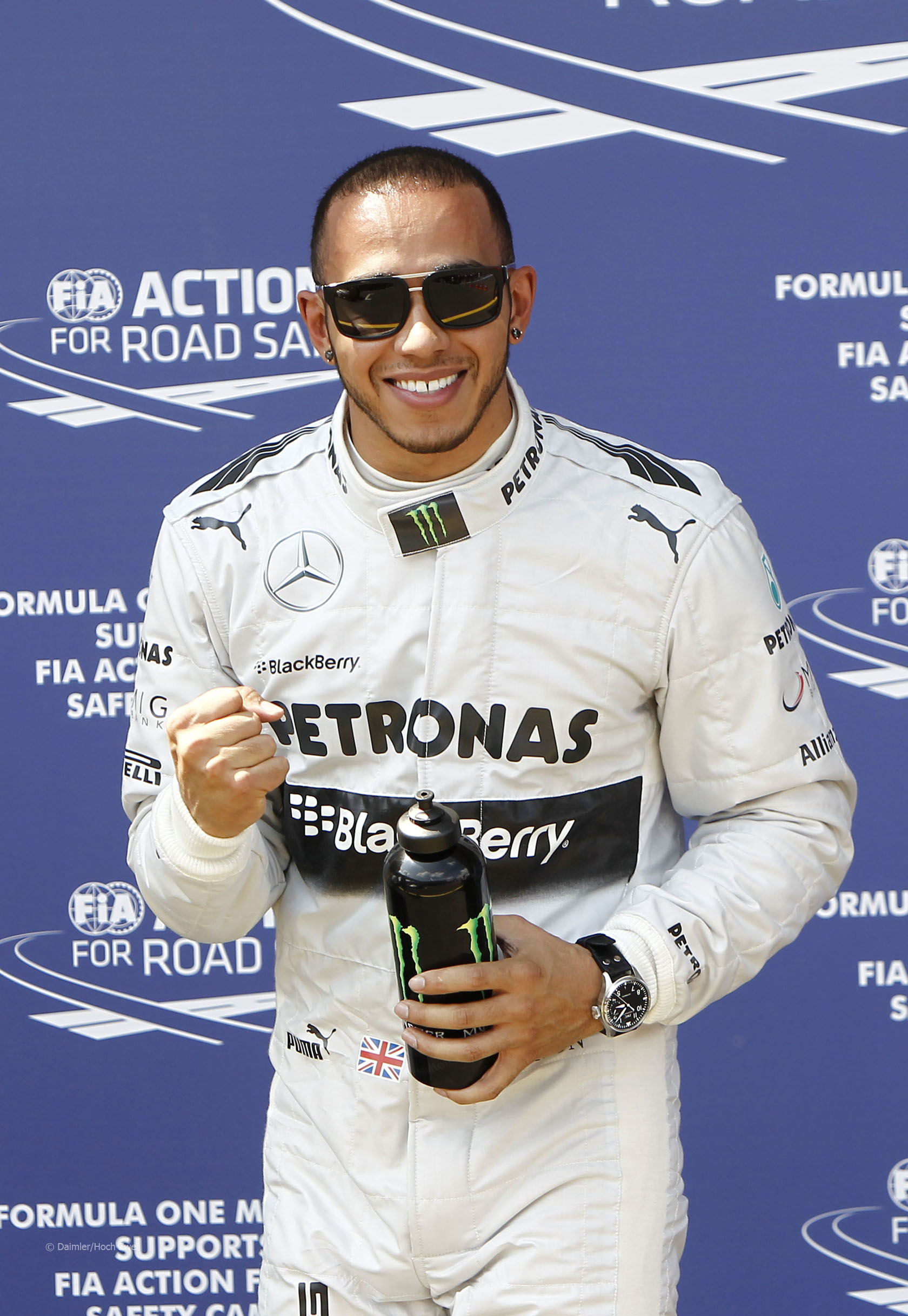 Lewis Hamilton beat Sebastian Vettel to pole position for the German Grand Prix in a surprise result after the Mercedes driver had struggled in practice.

Hamilton was grappling with oversteer in the final hour of practice. But as temperatures rose during qualifying Hamilton came into contention for pole position.

The result was a relief for Mercedes after Nico Rosberg was knocked out during Q2 and will start eleventh.

By the start of qualifying the Nurburgring tarmac was some 10C hotter than it had been during final practice – hitting 39C.

With the soft tyres offering a lap time gain of around one-and-a-half seconds over the mediums, most drivers chose them to make their bids to reach Q2. Among the exceptions were the Red Bull drivers, both of which secured their passage to Q2 on mediums.

Williams knew from the off they were going to find it difficult to get beyond the first stage of qualifying and sent both drivers out on soft tyres. But it was to no avail: Valtteri Bottas ended up 17th, just 12 thousandths of a second behind Esteban Gutierrez.

As usual the Caterhams and Marussias were also eliminated, Charles Pic fastest of the quartet but well over a second off the FW35s.

Q2 brought the shock of the session as Mercedes paid the price for keeping their drivers in the pits at the end of the session. A spate of improvements from the Ferraris and Lotuses left Rosberg in the danger zone.

Jenson Button delivered the coup de grace with a superb lap in the McLaren which got him into the final ten – and knocked Rosberg out by less than six-hundredths of a second.

The rapid gains drivers found in Q2 knocked Red Bull off the top spot. Felipe Massa led the times followed by Kimi Raikkonen and Fernando Alonso. But the Ferrari drivers had got through their soft tyres at a rapid rate, which would influence their strategy for Q3.

Neither of the Force India drivers made it through to Q3, aiding Nico Hulkenberg’s passage into the top ten. Daniel Ricciardo also reached Q3, beating team mate Jean-Eric Vergne by almost a second.

Ferrari sent their drivers out on soft tyres at the beginning of the second but pulled them in without setting a time and switched both to mediums. Both set their times on the slower tyre which they will also start on.

Button noticed what Ferrari were doing and pointed out to his team that they were unlikely to out-qualify them, so McLaren aborted his run. Hulkenberg also chose not to set a time, leaving just six drivers competing for pole position.

Hamilton was revelling in the transformed pace of his W04 and pushed Vettel hard. As the Red Bull driver began his final run he made a small error in the final sector, though he still had enough in hand to set the top time.

His rival in the Mercedes was coming on strong, however, and claimed the top time with a lap of 1’29.398. It was a triumph for Mercedes on home ground, but they will no doubt feel Rosberg should be joining his team mate on the front row.