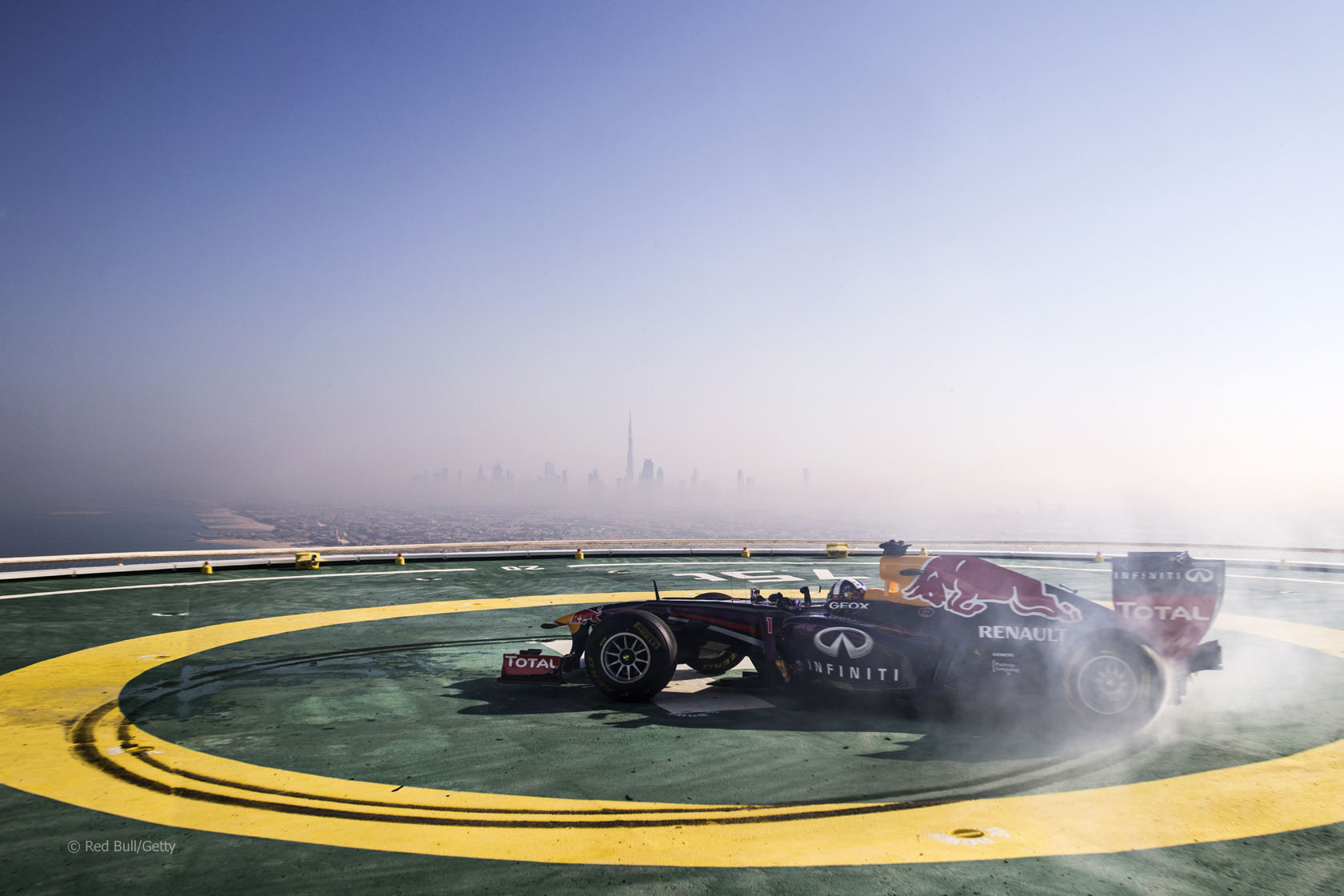 Not content with Sebastian Vettel’s post-race celebration doughnuts in India – for which the team were fined ?óÔÇÜ?Ľ25,000 – Red Bull continued their championship celebrations in Dubai.

David Coulthard performed some more doughnuts on the helipad of the Burj Al Arab luxury hotel, 210 metres above the Emirati capital.

Red Bull clinched their fourth consecutive constructors’ championship in India and Vettel won the drivers’ title for the fourth year in a row.

39 comments on “Red Bull celebrate titles with doughnuts in Dubai”