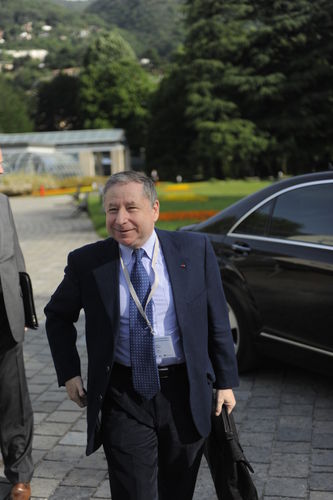 Jean Todt has been elected to serve as president of the FIA for a second term. Todt was voted to continue as president during the FIA’s Annual General Assembly.

The appointment was a formality following the withdrawal of his only opponent David Ward last month.

Ward was unable to obtain support from a sufficient number of vice presidents to gain a nomination, a requirement he campaigned against during his brief election bid.

Among Todt’s plans for his next term are the formation of a Resource Allocation Working Group. “It will be their task to determine together how best to use the new resources arising from new activities and including the renegotiation of the [F1] Concorde Agreement,” said Todt.

Todt also plans to create a Motor Sport Development department and fund to encourage the development of grassroots motorsport.

He added that improving the governance of the FIA remains a priority. “We have decided that the Statutes Review Commission should continue its work to assess the reforms which have already been implemented and propose, if necessary, further improvements.”