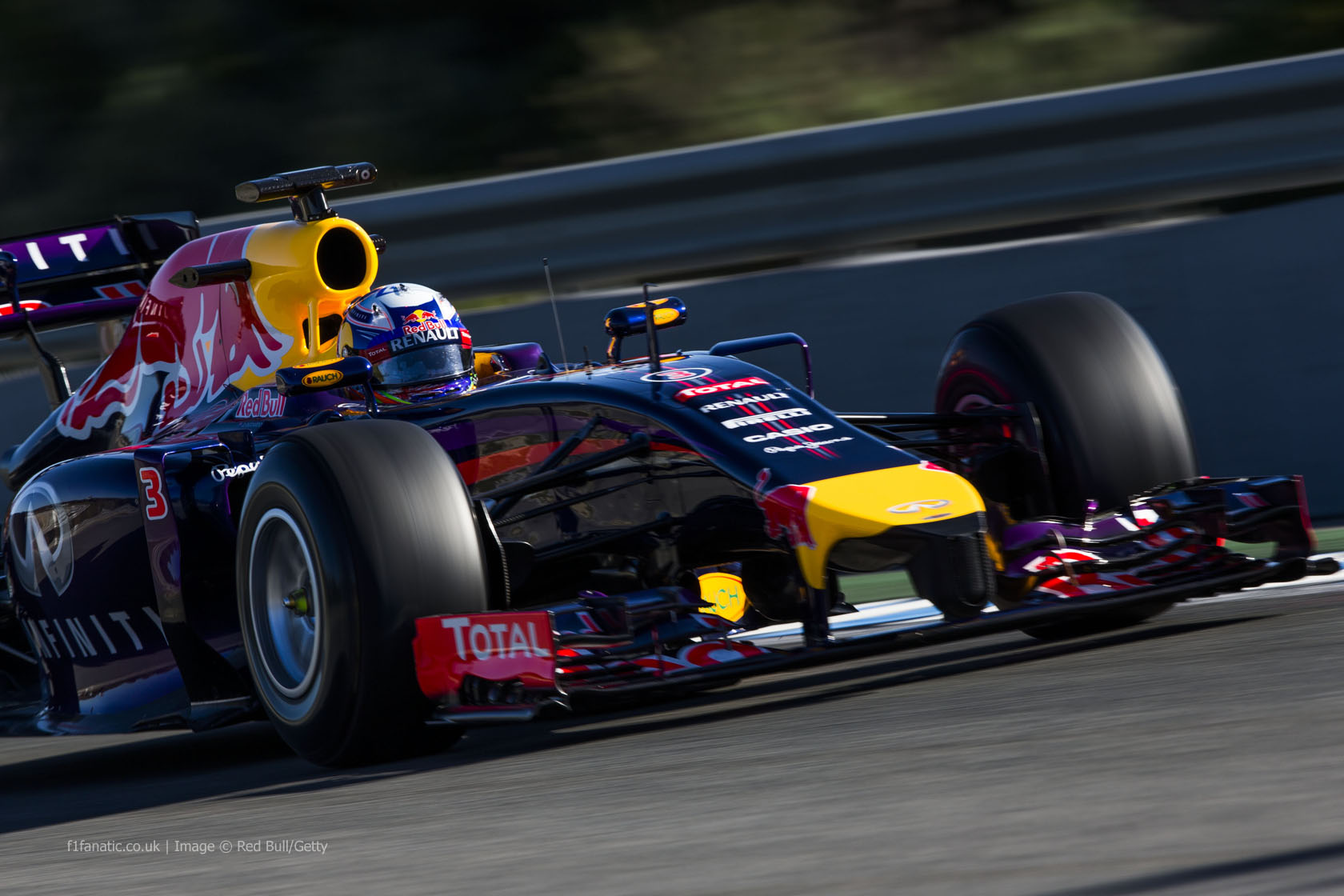 In the round-up: Renault believe they have solved the problems that limited their teams’ running in the first test at Jerez.

Remi Taffin: “With regard to the hardware we are now confident the problem we had in the first test has been solved and we will be in a position to go out in Bahrain without all these issues.”

Remi Taffin: “There is still a ‘fair and equitable’ rule that exists that allows us to change any parts if we have any reliability problems, which we did in the past and I think we will still do it.”

“‘I didn’t have the budget to stay in Europe,’ she confides during practice for the Indy 500. ‘But I found an American sponsor who wanted me to come over here and do Formula BMW. There were opportunities to go back but we never had the funding to do it. We found a sponsor over here who embraced who I was and wanted to help me in my career and so we stayed over here.'”

“Although CVC refused to comment on Friday, reports of an unsuccessful approach to Ross Brawn, who recently stood down from the job of team principal at Mercedes-Benz, could indicate the lines along which they are thinking.”

Nico Rosberg: “Part of team nico in backround simulator control room. Rich (right) is not looking to happy about being in pic ;)”

Good day in the @WilliamsF1Team simulator today, lot of laps and all set for Bahrain test now! #F1 #FW36 #77

Comments on the main site and the forum have reopened again following the work which has been done on them this week. More information here:

Today is also two-times world champion Graham Hill’s birthday – he was born in 1929.