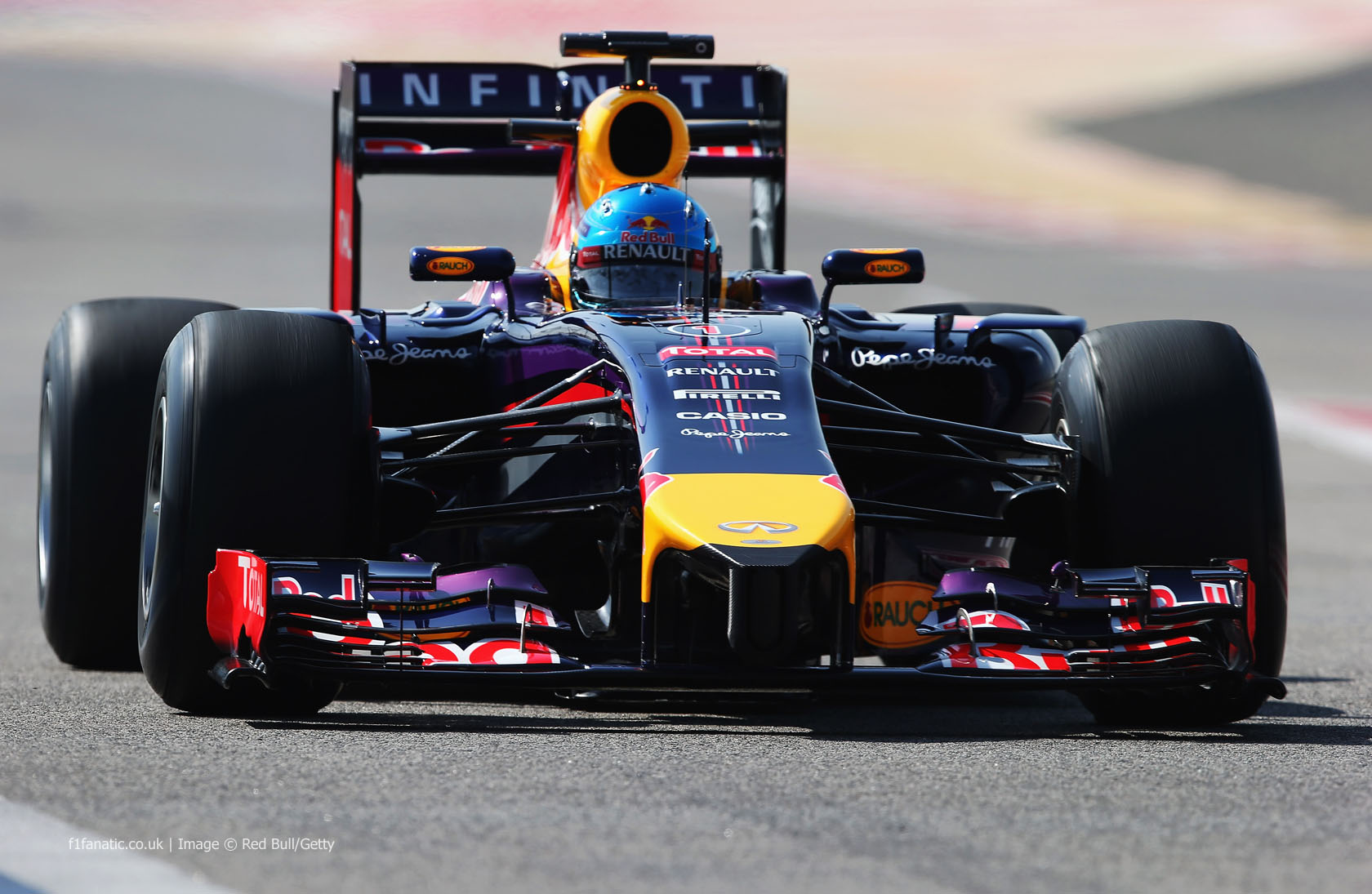 Sebastian Vettel admits Red Bull are starting their championship defence on the back foot after problems during winter testing.

“We didn’t do as much running as we would have liked in testing this year, so we have work to do in Melbourne,” said Vettel, “but it will be good to get to the first race”.

Red Bull completed less mileage than all of their rivals bar Lotus and Marussia, neither of which had their car ready on the first day.

“It’s hard to know where we are,” said Vettel. “It’s fair to say that we’re not the favourites to win and we have to catch up with others that have completed more mileage, but we’ll do our best with the great people that we have working for the team.”

Vettel said his team are “working flat out as normal” to improve the RB10, which frequently broke down during testing due to problems with cooling and the electronic systems on its Renault Energy F1 engine.