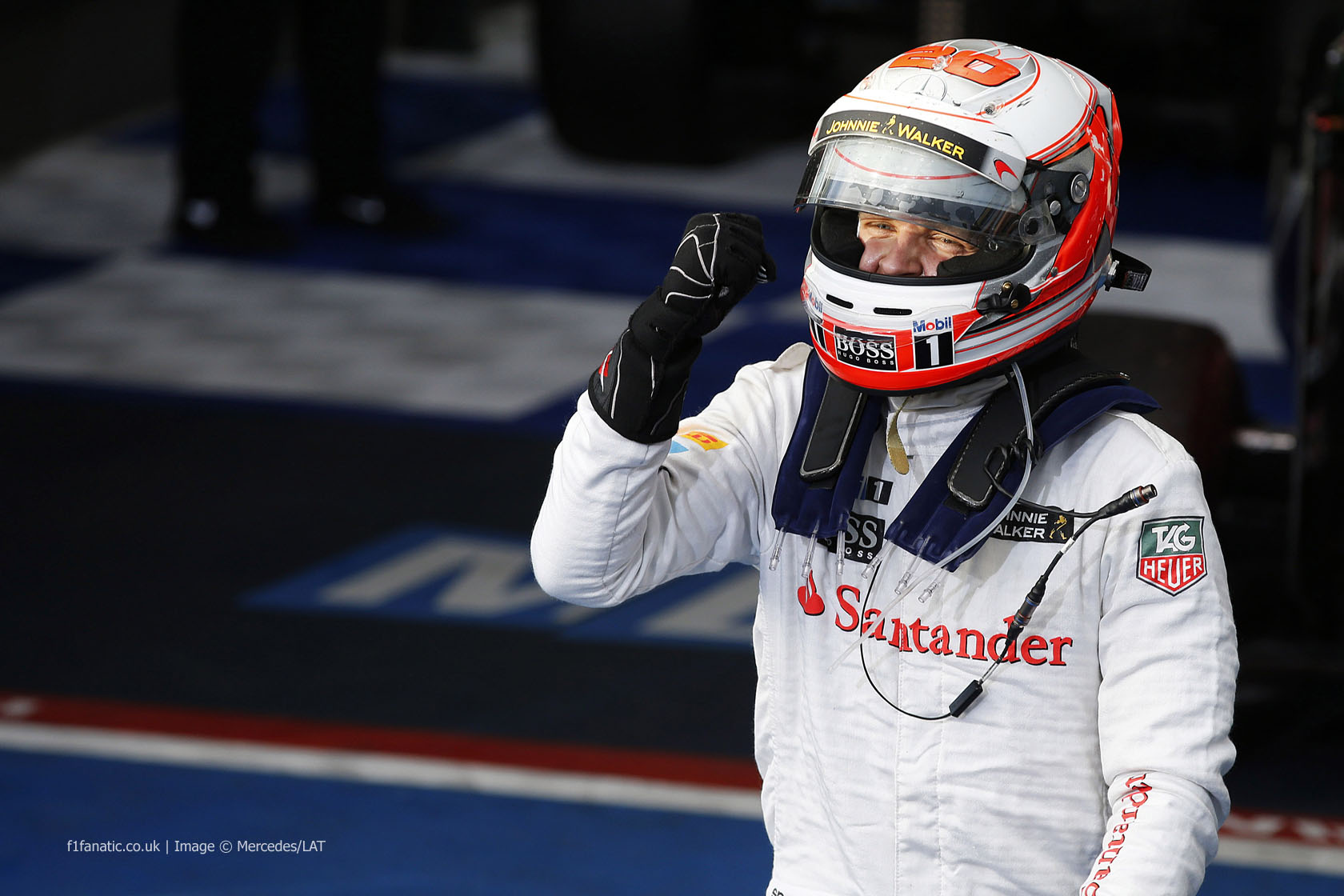 In the round-up: Lewis Hamilton, the last F1 driver to finish on the podium at his debut before Kevin Magnussen, praises his McLaren successor’s impressive performance in Melbourne.

“Kevin did a fantastic job. I’m very impressed with his job. Well done to him.”

Toto Wolff: “I would say we have a little bit of a margin performance-wise, but it is not a lot.”

“From trackside in a braking area you’d hear the whistle and whine of turbo and cam gears, the rumble of resistance as torque was taken from the rear axle and fed to the battery, you’d hear part-throttle hesitancy and then a beautifully cultured V6 howl.”

“FIA President Jean Todt’s desire to have engine/power plant consistency across all premier racing disciplines is entirely to be applauded. The lobbying against his plans by F1’s commercial rights holder and ignorant non-specialist journalists who do down the sport at every opportunity is both disappointing and short-sighted in the extreme.”

Great first day of testing. P1 in the morning P2 in the afternoon. We just need to keep working like we do! #gp2 pic.twitter.com/OnfKI6QqC6

Another perspective on whether having more unreliability is good for F1:

People were hyping that the unreliability would bring thrills… Well, it didn’t. We lost what could have been a very battle between Rorsberg and Hamilton. We missed Vettel coming from the back like Button. We got stuck with a slow Alonso and a slow Raikkonen. Yay! Unreliability!

I have nothing against the new rules (although I admit I kinda do miss the sound of the V8), but I hope unreliability will not make us miss more possible great performances.
TheAlbert

Here’s Dean Stoneman driving for Williams at the Young Drivers’ Test in Abu Dhabi in 2010 as his prize for winning that year’s Formula Two championship. Shortly afterwards Stoneman was diagnosed a serious form of testicular cancer. He made a recovery and has returned to racing, and yesterday Marussia confirmed he will drive for their GP3 team this year.

The struggling Lotus team was Lamy’s first F1 home, where he ended the 1993 season and spent the first races of 1994. However while testing the team’s revised car at Silverstone he vaulted a fence and landed in a pedestrian tunnel, which was fortunately unoccupied at the time.

His injuries ruled him out of the rest of the season, but he returned with Minardi for the second half of 1995 and most of the following season. His only point came at the final round of 1995 in Adelaide, when the retirement of many runners helped him take sixth.