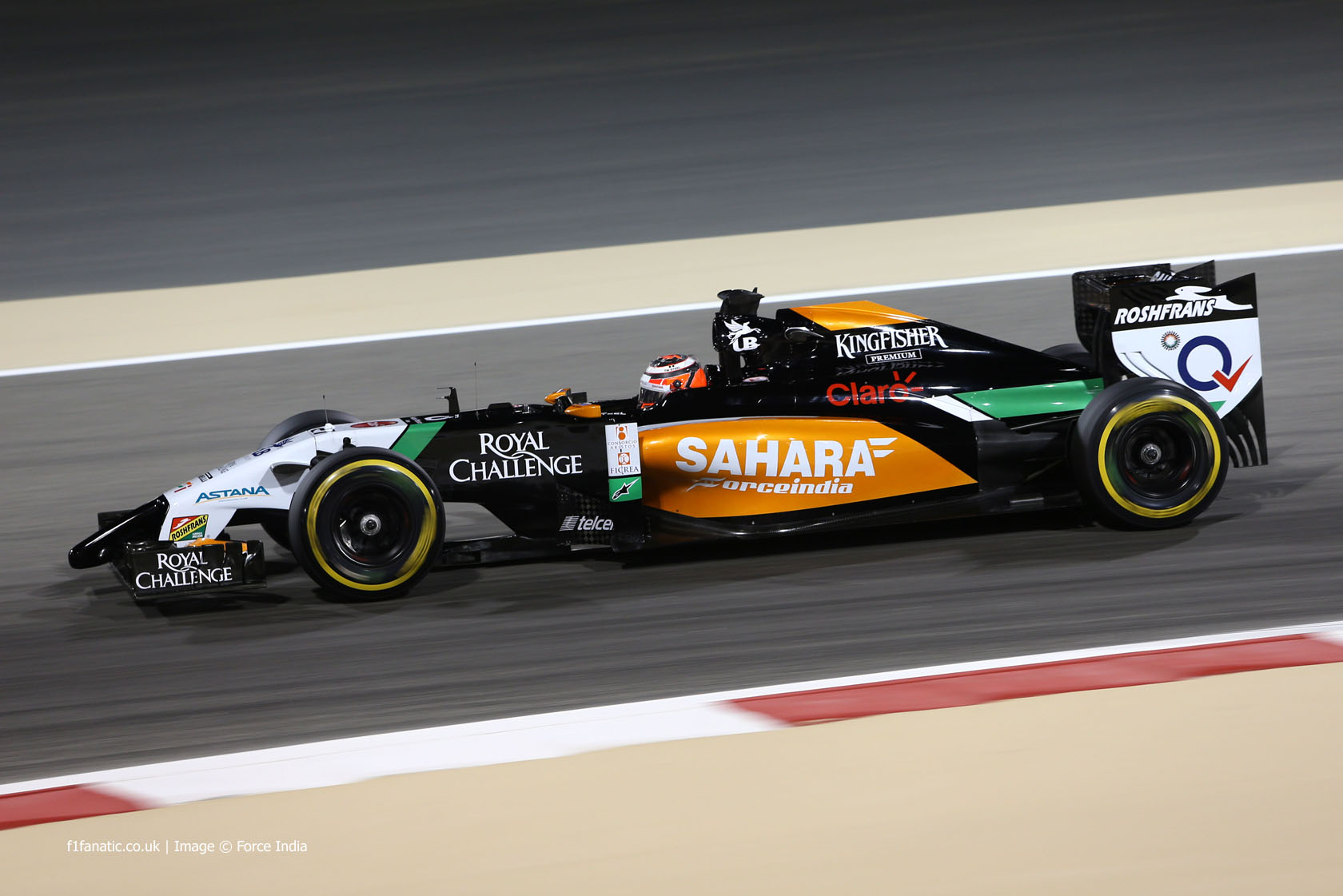 The late appearance of the Safety Car in the Bahrain Grand Prix handed an advantage to any driver who had got their stint on the medium tyre out of the way earleir in the race.

Among those still to run the harder tyres was Lewis Hamilton, who thought Nico Rosberg would be able to pass him using the soft tyres. The 2008 world champion had to use every trick he knew to stay ahead.

The Safety Car also played into Red Bull’s hands as both their drivrs had used the medium tyre early. Sebastian Vettel had been one of only two drivers to start the race on it after qualifying outside the top ten.

Only Ferrari, whose car seemed to lack performance whichever tyre they put on it, ran more than one stint on the medium. Fernando Alonso at least had the benefit of two fresh sets to finish the race on, but he and team mate Kimi Raikkonen came home last of the points-scorers.

The performance of Force India’s drivers seemed to inspire their pit crew into producing the fastest pit stop of the race. Nico Hulkenberg’s lap 35 stop was just 13 thousandths of a second quicker than the next best, performed by Ferrari, who had been the fastest team in the first two races.