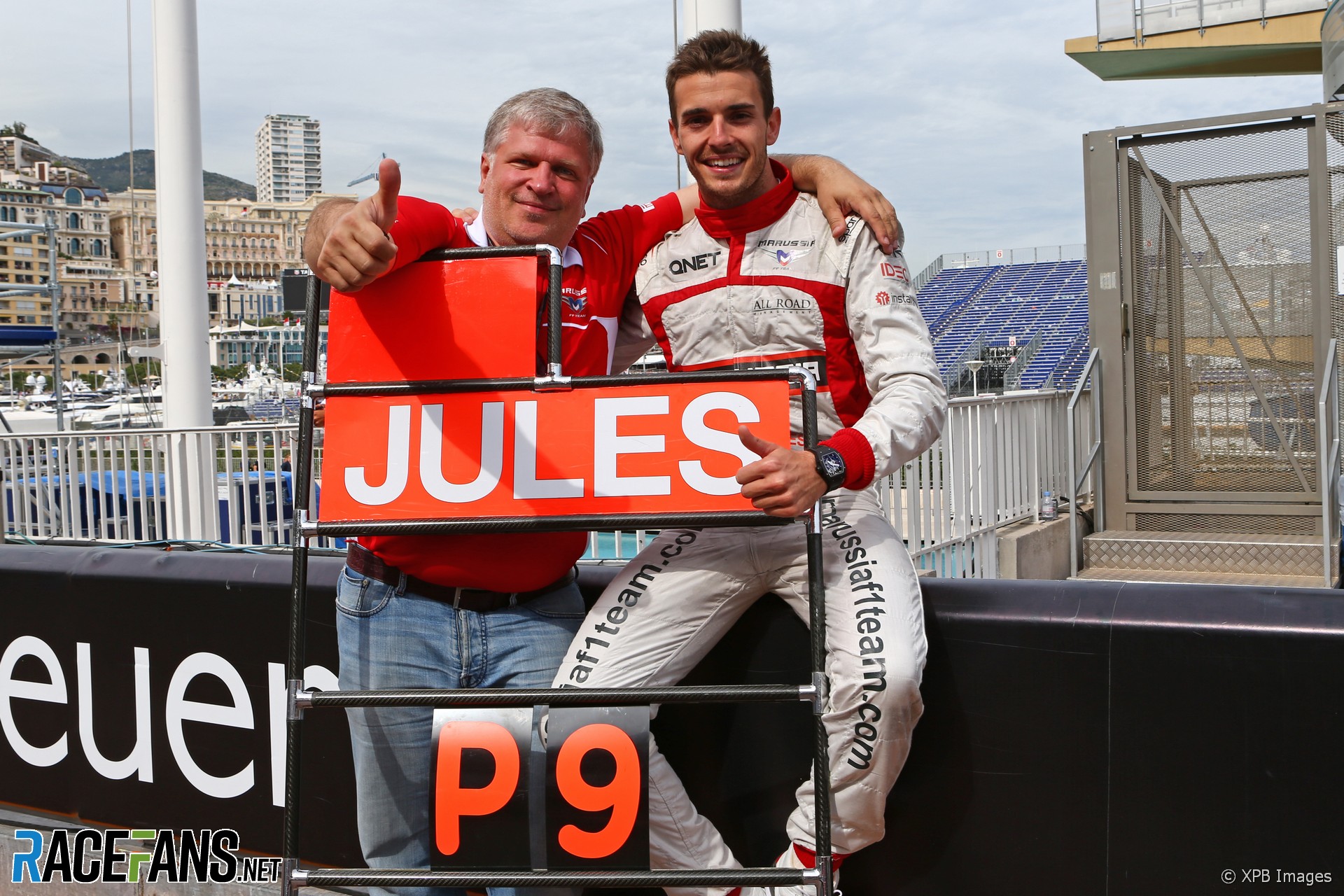 Jules Bianchi has spoken of his pride in the Marussia team after his ninth place classification secured the team their first ever world championship points.

Despite a gearbox penalty prior to the race, a five-second penalty for starting in the wrong grid slot and then a further five-second time penalty at the end of the race for taking his initial penalty under the Safety Car, Bianchi held his nerve to secure two vital points for Marussia.

“The team are really happy, as I am,” said Bianchi. “We’ve been waiting for this for a long time.

“I’m proud of the team. They did a really good job and I’m really happy to give them a result.”

Helped by a high rate of attrition at the front, Marussia’s first points looked to be in doubt with the stewards awarding Bianchi a five-second penalty on to his finishing time. But after Raikkonen and Magnussen collided at the Hairpin in the closing laps, a points finish was assured.

“It was really stressful for me in the car – I guess it was for the team as well!,” said Bianchi. “We had some penalties, so we were lucky to finish in the points. But I cannot say any more. It’s amazing for us.”

Bianchi’s two points puts Marussia into ninth in the constructors’ championship – their highest ever position.