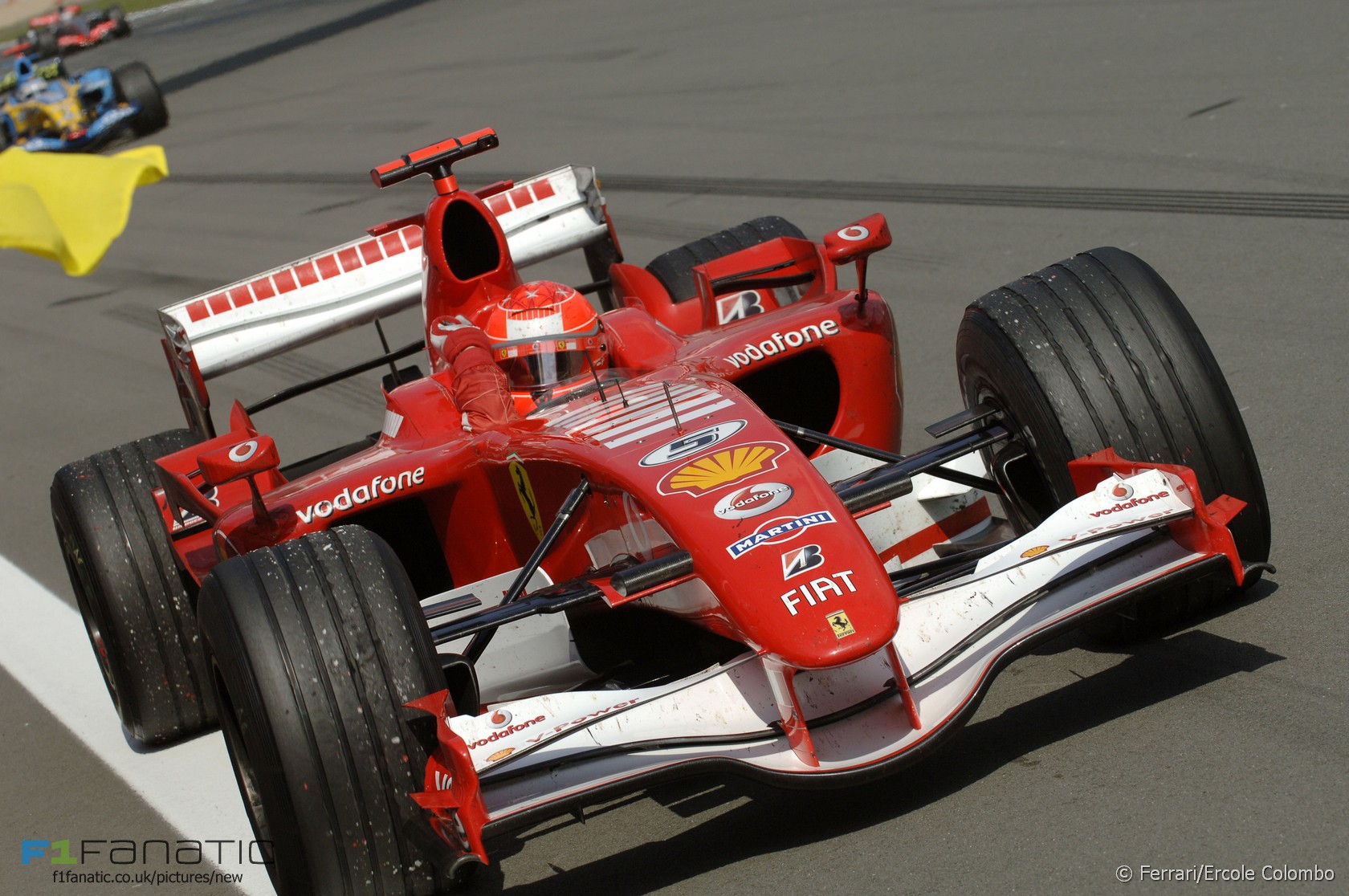 In the round-up: Lewis Hamilton says it has never been a goal of his to match Michael Schumacher’s level of success in F1.

Lewis Hamilton: 'Only next title is important not Michael Schumacher's record' (The Independent)

"I’ve never set after that Schumacher goal, I always wanted to emulate Ayrton. Winning one was special. Now I’m pushing for a third and that’s the special one as that is what Ayrton had and that’s what mattered to me most when I was a kid."

"Obviously we were optimistic we’d close the gap a lot this year but nearly halfway through the season we’re more or less in the same position. I think this is where the comments and frustration came from."

"We need to find a solution. It's in F1's interest for Red Bull to be in the sport."

"Somebody will do it. Can you imagine the media exposure somebody would get from it? Every single camera would be pointing at the girl in the car."

"I was watching most of the races he did, it was a lot worse than how it is now. The difference in the qualifying was maybe 1.5 seconds to the third (place), they were lapping the third every race."

"We always take it very seriously but the team is probably more focused on it than I am."

"The second row is definitely possible, we are going for it. The top three is the target for qualifying." Fernando Alonso Q&A: We want to leave here on Sunday with some answers (F1)

"There might be just one little number wrong in the software, which prevents the car from getting into the first gear and you end up sitting in the garage until you discover this mistake."

"Jenson Button says it is likely he will be joining Fernando Alonso in taking more penalties for the Austrian Grand Prix, but says there is a chance he will get to run McLaren-Honda's new short nose design regardless. "

"Defending champion Harvick leads everyone at mid-season with almost $5 million in prize money while so far this year no fewer than 38 drivers have earned $1 million or more. This represents a very different and much more equitable pay-out down through the field than Formula 1 and is an essential component in NASCAR’s overall good health."

"It doesn’t even sound like Lewis Hamilton. It’s really, really good. It’s interesting. I’m curious to see how people will react to it."

I'm becoming an outsider, swimming against the tide. You see, weirdly, I still think F1 is overall amazing, and I'm lucky to be part of it

Watching #FP1 from the pitwall this morning. Looking forward to drive the car this afternoon #AustrianGP #r8main pic.twitter.com/kwoCLYXEWN

The usual Rosberg radio: "Give me target brake balance for turn one." "Nico we can't give that." #F1 #AustrianGP http://t.co/QtAM3Gd2LW

That full message to Ricciardo: "Alonso behind not particularly quick but I think he's pushing." Ouch. #F1 #AustrianGP

As close to F1 that I will be getting this morning. #LondonTube pic.twitter.com/sh4Vnr2SVq

Think that set's had it. The result of a Turn 1 lock-up for Kimi #oops pic.twitter.com/URcmVYbh2j

Proud to be joining the Bell family. The new supplier of my race helmets. #BellHelmets #TeamLH pic.twitter.com/sitW8n13a8

With this kind of aptitude for getting around the F1 rules it’s surely only a matter of time before Jelle van der Meer gets a place on the pit wall:

That way they get like 250 grid place penalties – during the race have a 300 second stop and go penalty and will be last in the race.

However after they have five barely-used engines for the rest of the season, rather sacrifice one race than the remainder of the season.
Jelle van der Meer

Jochen Rindt scored the first of 20 pole positions for Lotus’s ground-breaking 72 in qualifying for the Dutch Grand Prix 45 years ago today.

55 comments on “Hamilton ‘not aiming for Schumacher’s records’”