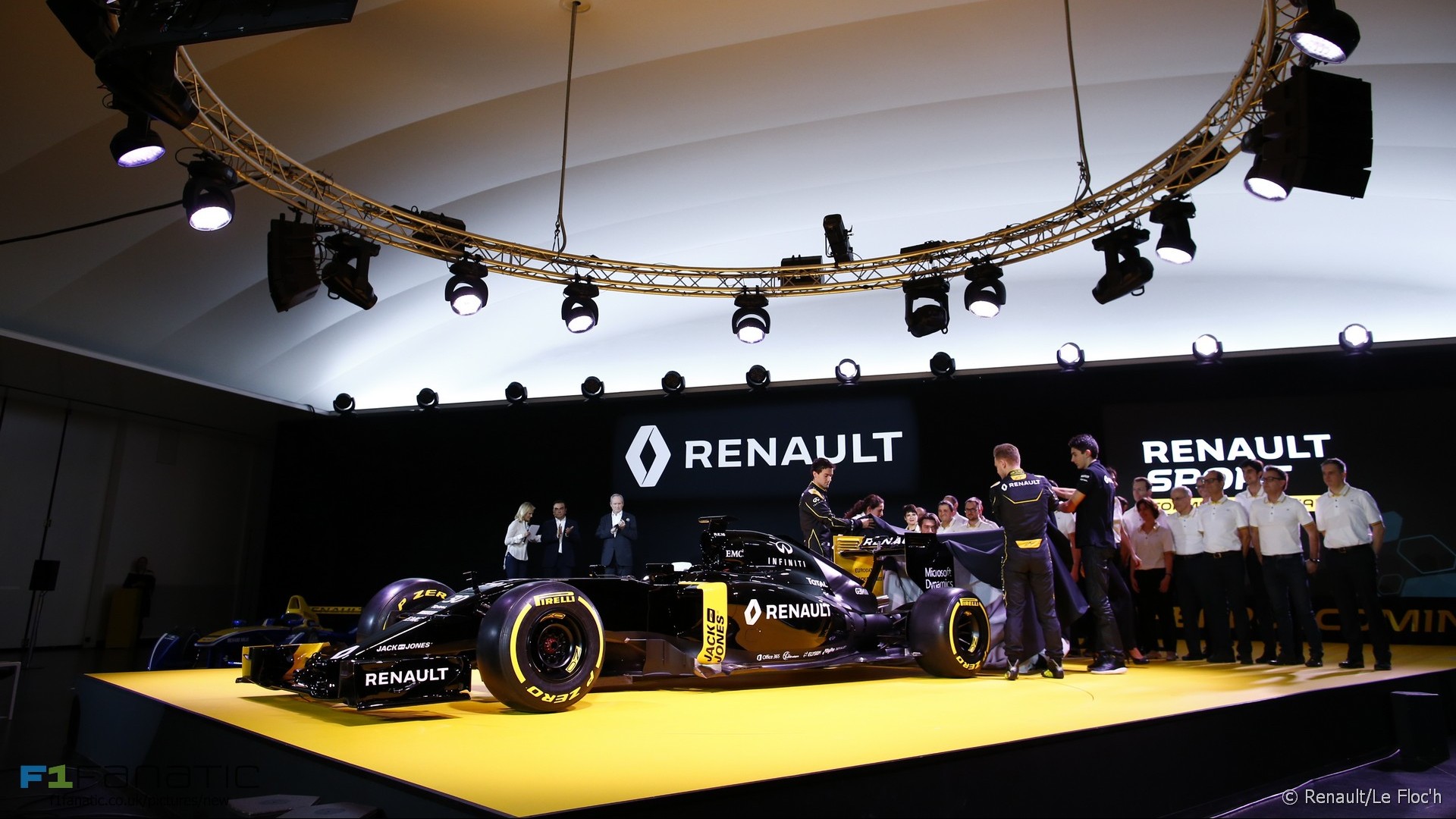 Renault has revealed a striking black launch livery for its 2016 F1 challenger, the RS16.

The French manufacturer is competing in F1 as a full factory entrant for the first time since 2011 under the new name of Renault Sport Formula One Team.

The team’s car is based on the E23 it raced last year as Lotus, but with Renault power instead of Mercedes. “The RS16 is an evolution of our previous cars,” explained designer Nick Chester, “particularly our 2015 car, but incorporating the Renault power unit.” Renault said the power unit produces around 875bhp.

The late confirmation of Renault’s takeover means the team faced “quite a change to architecture right at the last minute,” according to Chester.

Chester confirmed the team intends to continue using the E23-derived car while making an early start on plans for 2017, when a sizeable change in the regulations is currently planned.

“The technical challenges for 2016 are partly rebuilding the team, so getting strength back in the areas where we were weak, and then improving what’s hopefully a reasonable baseline car through the year and developing our strength,” he said.

“Then as we get into 2017 the regulations are a huge change and that’s a car we want to start early, look at all the concepts we might want to bring to 2017.”

Renault first entered F1 as a team between 1977 and 1985, then returned between 2002 and 2011, during which time it took the constructors’ championship twice and saw its driver Fernando Alonso win two drivers’ titles.