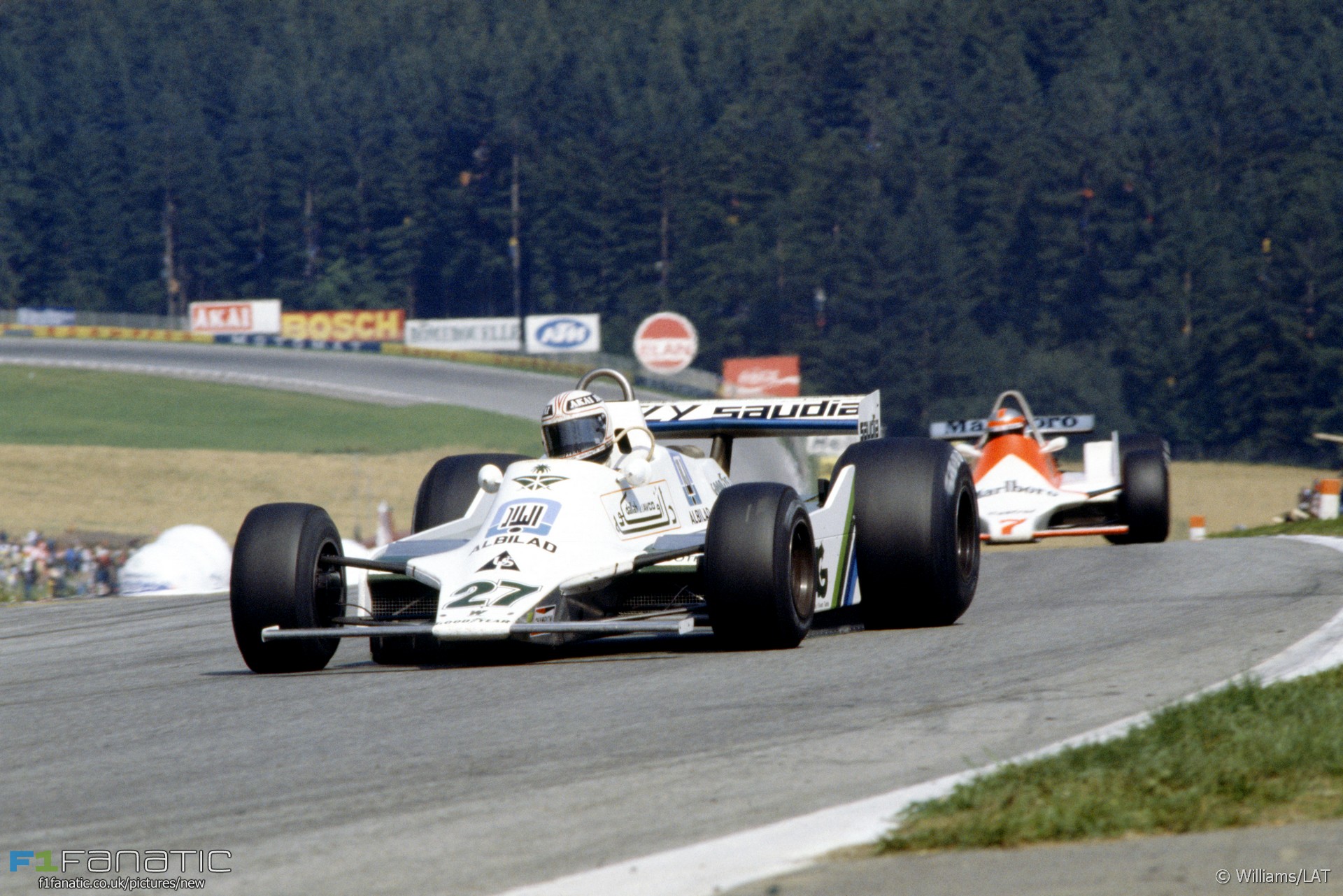 In the round-up: A section of the old Osterreichring which has been bypassed since the circuit was shortened 20 years ago could be reinstated.

"Consideration has been given to a potential return of the original track's 'West Loop' to the outside of the current layout's turns one and two, with Red Bull consultant Helmut Marko recently saying that 'at present, everything is still in the planning stage'."

"The Maranello outfit has now explained that instead the work has focused on a revised camshaft within the engine itself."

"He spun, he didn't put the brakes, he reversed in the middle of the track, and I was coming, so to have avoided I had to spin the car."

Hamilton needs to pick up the pace (Reuters)

"I'm not that quick, to be honest, but tomorrow I hope I can pick up the pace. Nico is much, much quicker today."

"I really like the new asphalt here, it completely transforms the circuit."

"They had gas canisters in the back of James Garner’s car, which they set off as he came along Top Straight. He stopped quickly at the top of Paddock, but the flames enveloped him."

Curbs nearly as wide as the track… Thats the ongoing trend of MotoGP and F1… 🙈 pic.twitter.com/cNKMdqDUe6

There is always one boss pic.twitter.com/kHdfVW9YTA

@Bullmello tackles the complaints about F1 seeking to improve driver safety by introducing the Halo:

What is wrong with wanting to have more head protection for F1 drivers? How does it ruin the sport for you as a spectator/fan? Is it because there would be less possibility of a driver being injured or killed? Not trying to be rude, I really would like to know.

There is technology available to help prevent this kind of incident. To me that is part of racing innovation that is just as important as going faster.
@Bullmello

33 comments on “Part of Osterreichring could be restored”