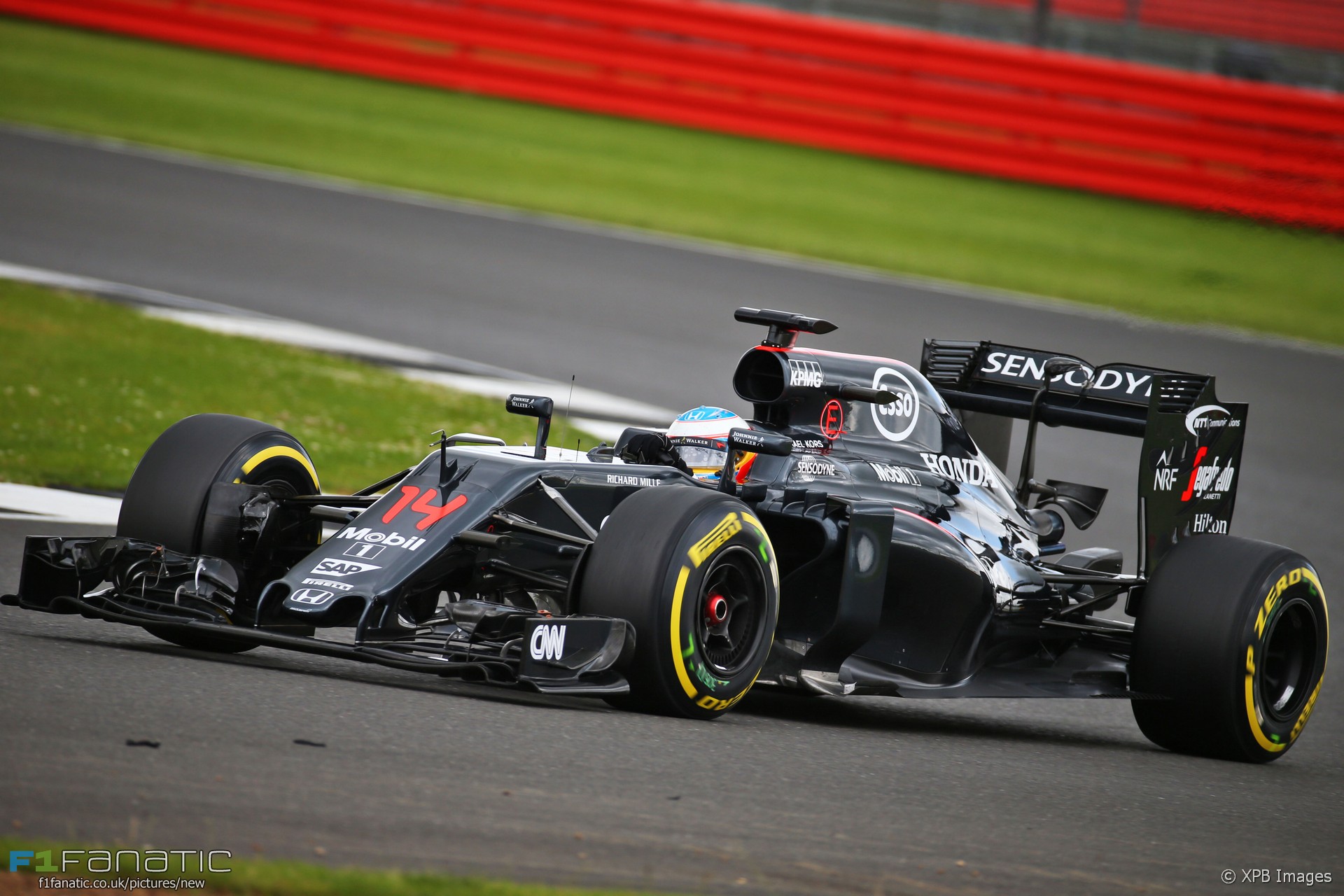 Fernando Alonso led the first day of testing at Silverstone for McLaren.

Alonso was one of few drivers to set his quickest time on the super-soft tyre. Rain disrupted the running in the middle of the day.

Several teams ran junior drivers at the test including first-timers Santino Ferrucci of Haas and Nikita Mazepin of Force India.

“We managed to do a lot of running this morning, before the rain and thankfully we have a second day in the car to make up for the time we lost in the afternoon,” said Mazepin.

“Jumping from a Formula Three car into a Formula One, there are hundreds of surprises, but the biggest have been the amount of downforce and the amount of speed you can carry through corners, and how great the change of direction feels.

Red Bull used the test to evaluate the new version of the Halo head protection device. Test driver Pierre Gasly said he was “a bit surprised” by his first experience with it. “It doesn’t change that much,” said the GP2 race winner. “For sure it looks different but from the inside of the car it doesn’t change much.”

Charles Leclerc, who has previously driven one of the team’s cars on a filming day, had his first run in a proper session. However his running was curtailed by a power unit fault.